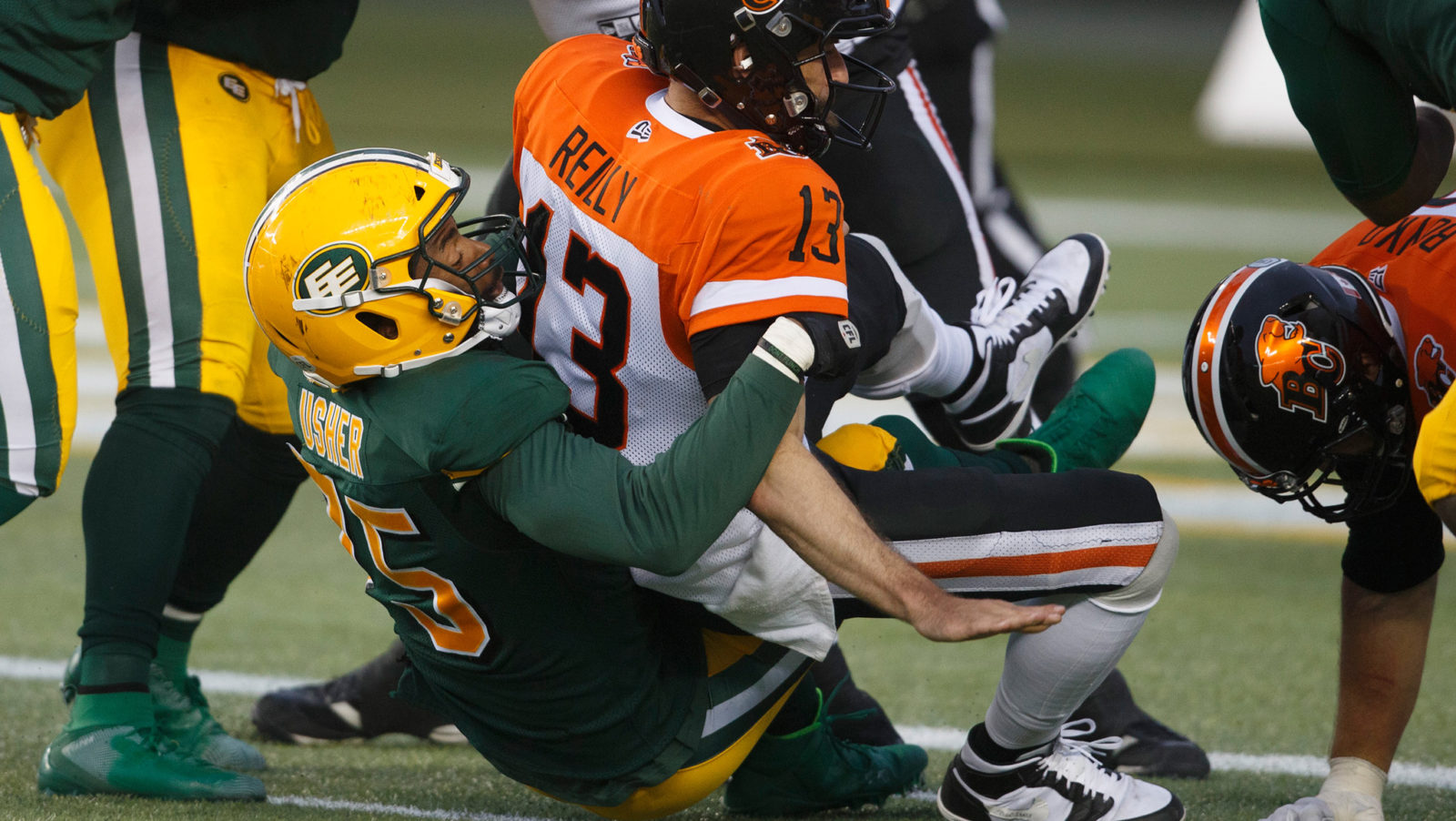 Edmonton Eskimos defensive lineman Nick Usher was fined for using the crown of his helmet to make contact with the head of BC Lions quarterback Mike Reilly.