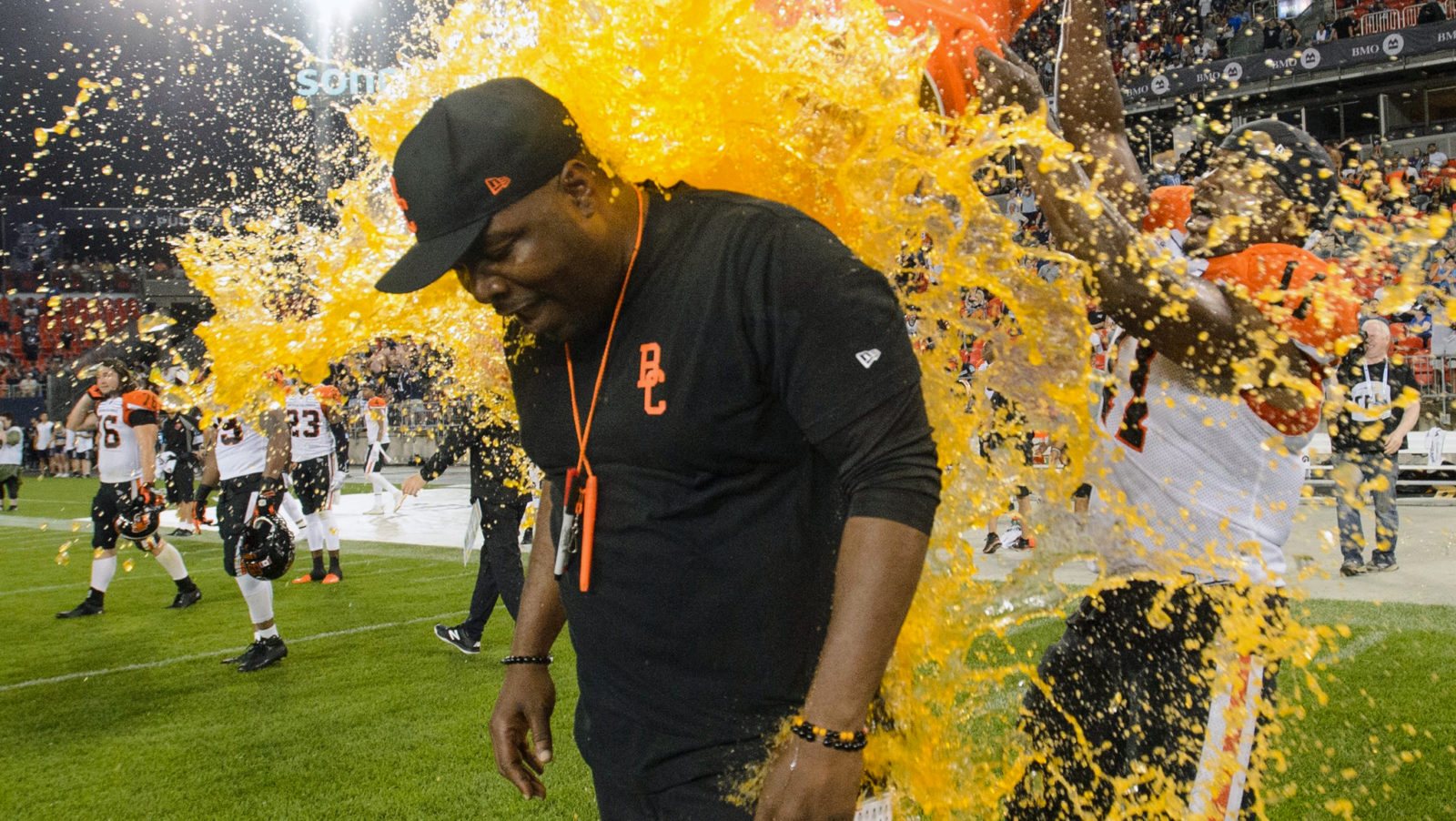 It was far from a picture-perfect game, but Sergio Castillo stood at the Toronto Argonauts’ 42-yard line with three seconds left on the clock on Saturday night, looking like a painter sizing up his canvas for one final brushstroke.

With the game tied and the BC Lions looking for their first win of the season, the snap was fired back by Tanner Doll. Backup QB Danny O’Brien caught the ball, placed it on the grass and turned the laces out.

Castillo stepped into the kick with confidence, having made his prior 10 attempts this season, including a 14-yard chip shot in the first quarter on Saturday.

The outcome was evident as the ball neared the uprights, veering to the left and floating past the upright.

The clock was at zeroes by the time the ball had landed in the hands of a backpedaling Chris Rainey, who had already burned the Lions for a 79-yard punt return touchdown earlier in the game. As he planted his foot to start the return, he’d wiped out any chance to try to win the game or just take his team to overtime.

His right foot caught the baseline of the end zone, a whistle blew and the quirkiest of Canadian football quirks ruled the day. The Lions won on a rouge, 18-17.

“Worst feeling I’ve ever had,” Rainey told The Canadian Press after the game.

Across the field, there was a cautious celebratory mood in the Lions locker room.

“I’m just disappointed in myself,” Castillo said. “When you do something you aim for the highest and that’s to make it.”

It’s a strange feeling to fail, but at the same time win.

“I’m just happy for the win and the team and at the end of the day I got us the point we needed,” the kicker said. “I should have made it to begin with. That’s all on me.”

Wearing the remnants of a Gatorade shower that marked his first win as a head coach, DeVone Claybrooks was relieved but still saw a lot of work in front of his now 1-3 team.

“Anything worth having in life is worth working for. And those guys worked for it. And we finished,” he said.

“I mean, it got a little dicey at the end. At the end of the game we were the nail instead of the hammer.”

It didn’t come the way anyone could have envisioned it, but the Lions are in the win column, tied with Saskatchewan and staring up at the rest of the West.

As the Lions’ 17-9 lead slipped away in the fourth, it brought back memories of BC’s collapse a week earlier against Calgary. Some Argos miscues — a botched kickoff that gave the Lions the ball at their 41-yard line and of course, the rouge at the end — helped the Lions avoid back-to-back disastrous finishes.

“We’ll take it. We’re never going to be unhappy with a win,” Reilly said.

“But I don’t want them to come down to this anymore. We have opportunities to close games out. We need to make sure we take care of that business.”

“I mean, ask me after last week, I think anything’s possible,” Claybrooks said of the bizarre finish.

“The whole thing about it is as a team and as a unit, you’ve got to be able to pick each other up. And that’s what we were able to do.

“It was an ebb-and-flow game where each group and each position group (helped the other). Then (Castillo) came in. He missed it but he got enough on it to give us a point and we came out with a win.”