The Weekly Say: How do the Ticats fill the RB void? 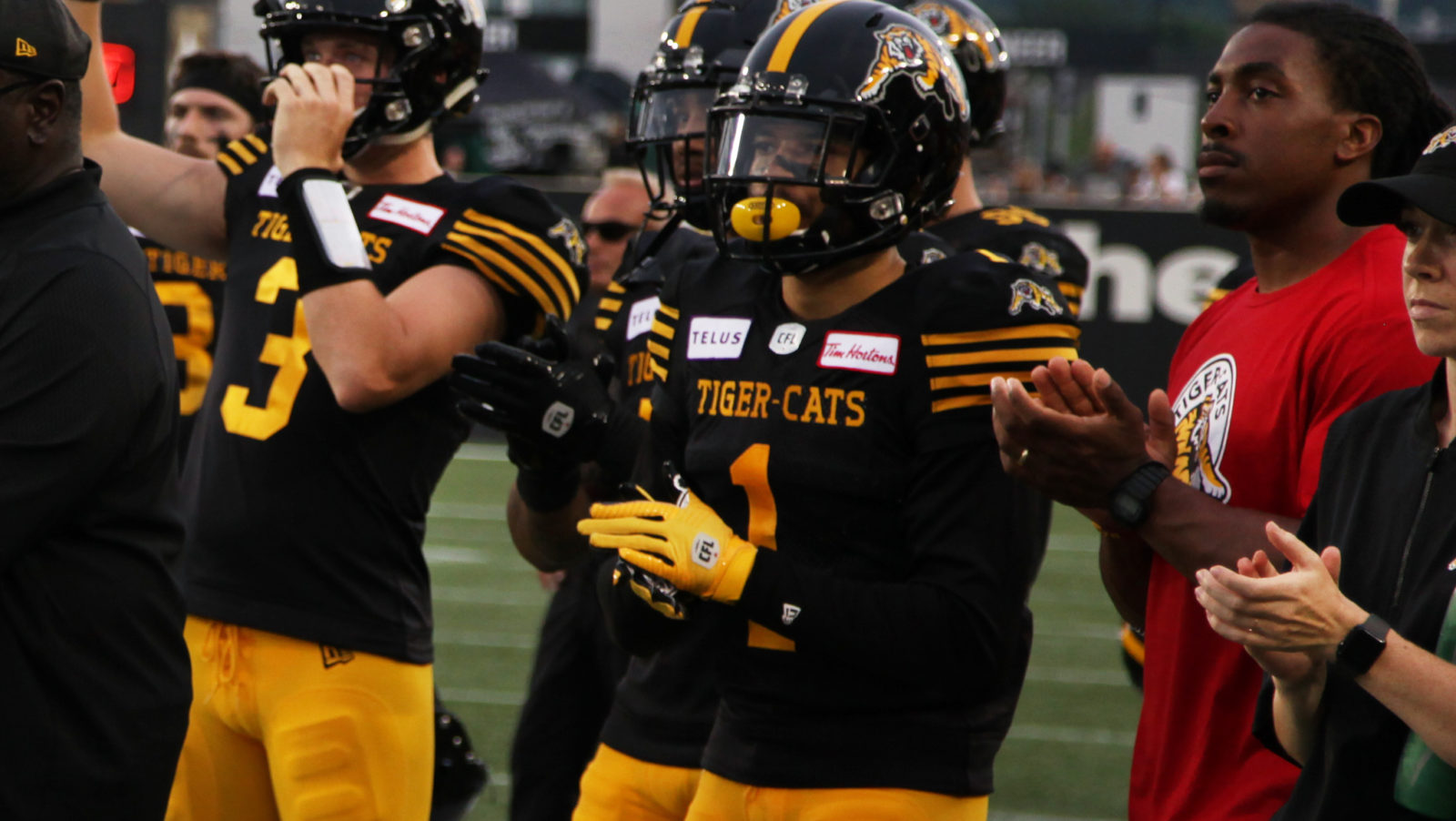 The Weekly Say: How do the Ticats fill the RB void?

The sophomore running back had emerged as one of the league’s top stars through the first month of the season, combining for 417 yards on the ground and through the air after just three games in 2019.

But the show must go on for the CFL’s top-scoring offence, as quarterback Jeremiah Masoli and company take a ‘next man up’ mentality into a Week 5 clash with the Stamps.

With Thomas Erlington on the six-game, the Ticats have plenty of options should his injury become season-ending. Internally, national running backs Anthony Coombs, Maleek Irons and Jackson Bennett have waited in the wings, while international Cameron Marshall remains on the six-game injured list.

The Ticats could seek a trade, with a number of teams boasting deep offensive backfields across the CFL. If that fails, the free agency route might make the most sense, perhaps a familiar face in Alex Green, who the Ticats released before the season.

That and more as the writers weigh in on The Weekly Say:

How should the Ticats replace Sean Thomas Erlington? 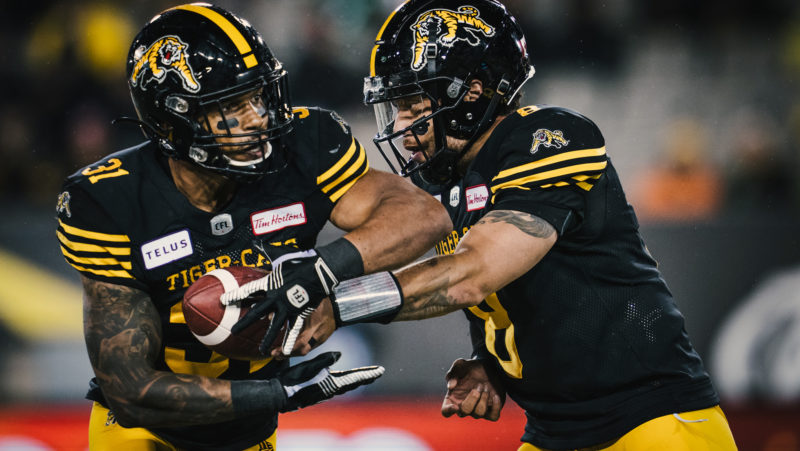 The injury to Sean Thomas Erlington could impact the Ticats’ offence (Johany Jutras/CFL.ca)

Jamie Nye: I really believe you have to believe in the people you have in the locker room before you start looking elsewhere. Anthony Coombs is a cagey veteran as proof of his effective running last week. Who knows what Maleek Irons can do in spot duty, if not an enhanced role? I also think Tommy Condell can be creative in other ways to utilize the run game or at least something to keep defences honest.

Donnovan Bennett: The Tiger-Cats made the choice to go national at the running back position and I’d love to see them follow through with it now that their depth will be tested. Maleek Irons and Anthony Coombs were just as good if not better than Thomas Erlington as collegiate players. I’d love to see them get a shot to make a name for themselves as a pro the way Thomas Erlington did.

Jim Morris: I think using Anthony Coombs makes the most sense. If you look, Coombs’ average of 8.5 yards a carry is better than the 6.8 yards of Sean Thomas Erlington. You could go out and beat the bushes for a new running back but there is no guarantee you will find one, then you have decisions to make when Erlington returns. As for a trade, you often have to give up something good to get something good in return.

Matthew Cauz: This is a team used to playing with injured running backs, just look at their 2018 season. I’d go with Anthony Coombs, who is a really exciting player … when he is healthy! The only problem with Coombs is he more of a slot guy than a traditional running back. If I’m the Tiger-Cats I embrace my inner June Jones and put the receiving back as the starter.

Marshall Ferguson: Coombs has the skill-set to get it done but expect rookie Maleek irons to handle the rock when the Ticats need a little more downhill punch. 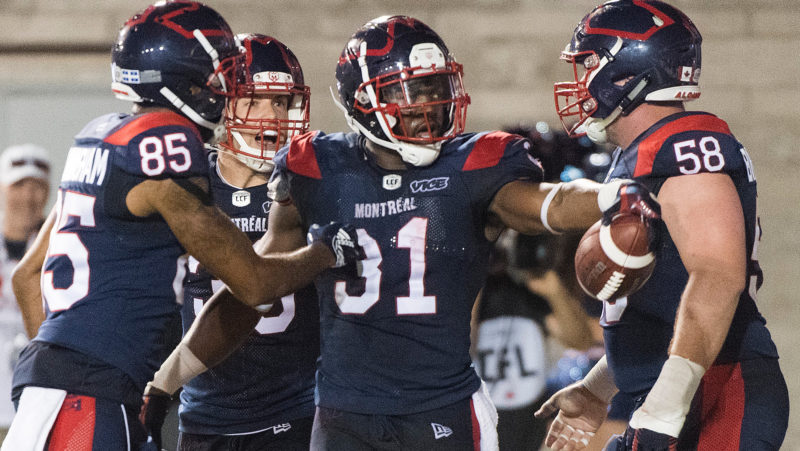 William Stanback is coming off a 200-yard, three-touchdown game vs. Hamilton (The Canadian Press)

Nye: Andrew Harris has already proven that to be, yes. Jon Cornish was a similar back. It’s hard to do it, but Stanback would definitely be someone you try to give the ball to 20-plus times per week because he’s been the one constant game breaker the team has had since late last year.

Morris: Yes, a good running back can carry a team. Both Kory Sheets in Saskatchewan and Jon Cornish in Calgary helped their teams to Grey Cup victories and Andrew Harris continues to play a big role in Winnipeg’s success. Having a good back also improves the passing game as defences have to prepare for both.

Bennett: No. Can you name me the last few starting running backs to win the Grey Cup? Doubtful. But I bet you do know that Bo Levi Mitchell, Ricky Ray, Henry Burris and Mike Reilly were the last QBs to hoist it. To win big in this league you need a hall-of-fame QB. It always has been that way and it likely always will be.

Cauz: I’m going no here. If this was the case Winnipeg with Andrew Harris would at least have gotten to a Grey Cup. Calgary last year won the Cup with Don Jackson who finished fourth in rushing.

Sanchez: No chance… as we have seen, even a five-yard average isn’t considered great in a passing league.

Ferguson: No, the wear and tear on the body is just too much, but they can absolutely play a major role in two thirds of a team’s season and can be a difference maker in establishing enough balance to make others successful!

Fan Poll
Can a running back carry a team in the CFL?
Yes
Vote
No
Vote
Submit View Poll Results 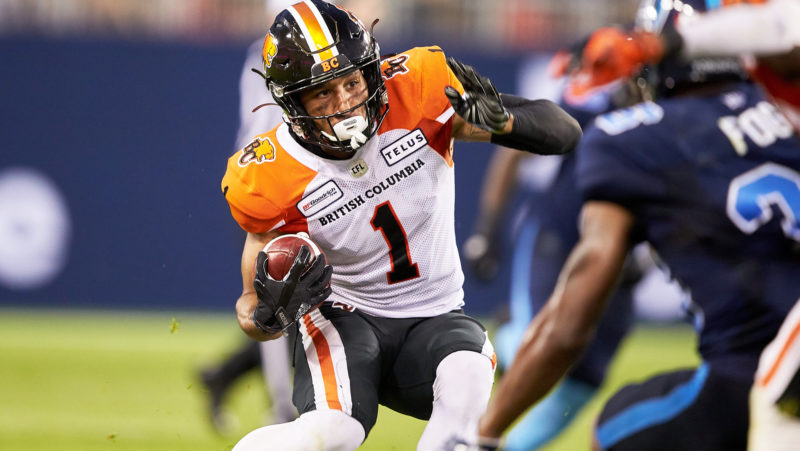 Lemar Durant has scored a touchdown in every game he’s played this season (Geoff Robins/CFL.ca)

Sanchez: He is, because he is good at everything.

Morris: Yes he is. It’s hard to argue against his numbers and league-leading four touchdown catches. He’s been the one consistent in a BC offensive that has often been inconsistent.

Ferguson: I’m still a Sinopoli guy, so much of this is about marriage of QB playing style, offensive system and recover skill. Durant is just in a better combination of those three than Sinopoli is while adjusting to Ottawa’s new reality.

Nye: Too soon! Brad Sinopoli is off to a slow start trying to get chemistry going with Dom Davis in Ottawa. But he’s still No. 1. Not saying Durant won’t be by the end of the year, but let’s not get ahead of ourselves after four weeks.