Through the Air: Receiver Bray impresses in Alouettes victory 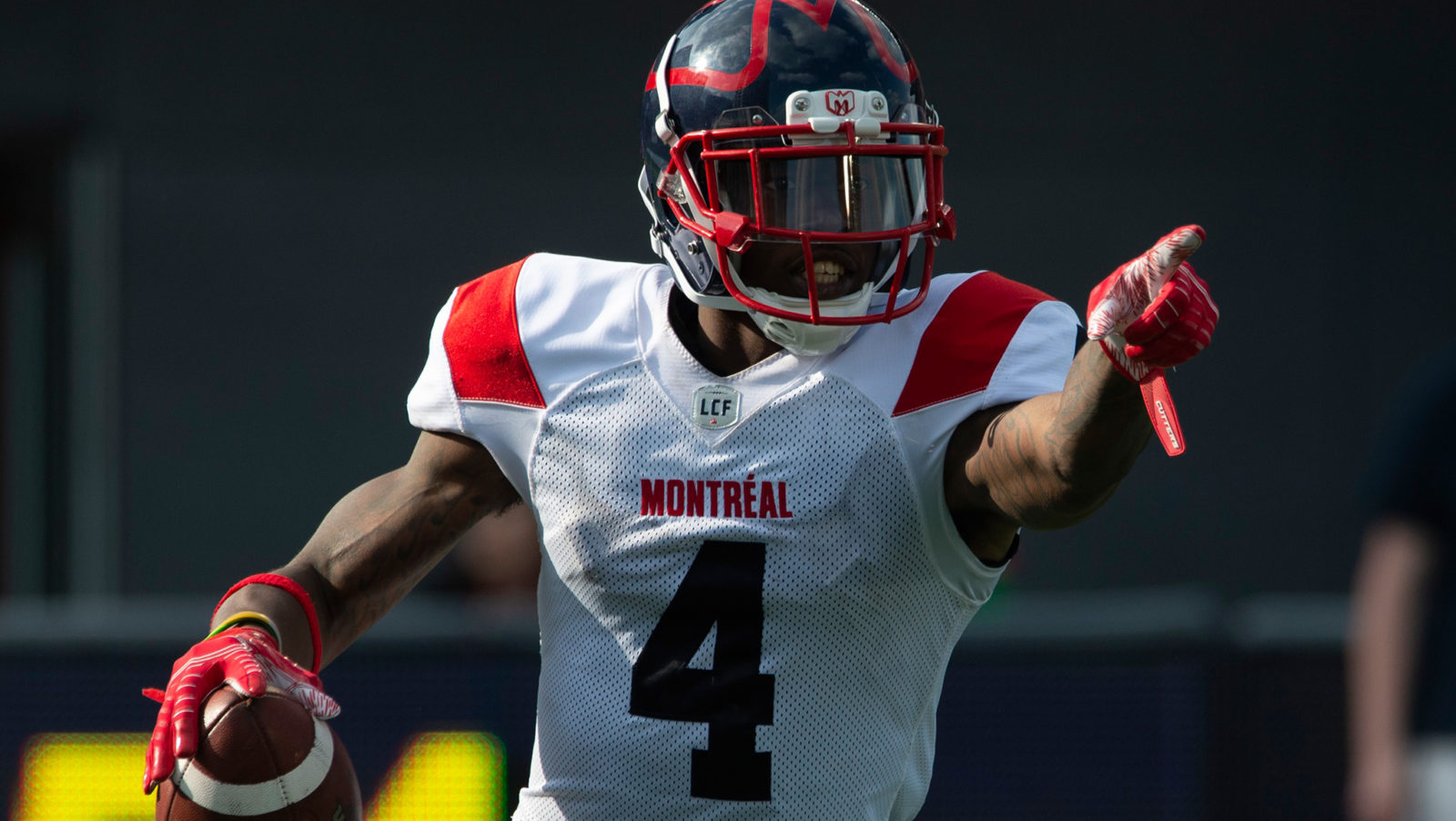 Through the Air: Receiver Bray impresses in Alouettes victory

OTTAWA — It was an excellent showing for the Montreal Alouettes through the air on Saturday night in the nation’s capital as the team secured their second win of the 2019 campaign.

Quarterback Vernon Adams Jr. had a stellar night for the Als, throwing a career-high 327 yards and two touchdowns on the way to the team’s second victory in a row, a 36-19 win over the Ottawa REDBLACKS.

With running back William Stanback’s three-touchdown performance still on everyone’s minds, and on the REDBLACKS defence’s mind, Montreal’s receivers had a bit more time and space to haul in passes from Adams Jr.

RELATED
» Watch: Vernon Adams Jr. airs it out to Bray for the TD
» Watch: Adams Jr. breaks ankles, dances into the house
» By the Numbers: View Boxscore
» Images: Alouettes at REDBLACKS

It was Quay Bray who was the go-to pass-catcher, as the 26-year-old hauled in his first CFL touchdown along with a game-high 134 yards through the air.

“I knew all the wide outs would be an important factor in the game,” Bray told MontrealAlouettes.com after the contest. “We knew they (Ottawa) were going to stack the box. Stanback had a great game last week and we (the receivers) had a great game this week. They stacked the box and he still was running. It’s going to be hard to stop us.”

Stanback still had an impressive game for Montreal, despite not finding the end zone, carrying the rock 18 times for 100 yards.

With a 2-2 record in their back pockets, the Alouettes set their sights on the Edmonton Eskimos, who head to Montreal next week, and will hope the offensive showing will continue at home.