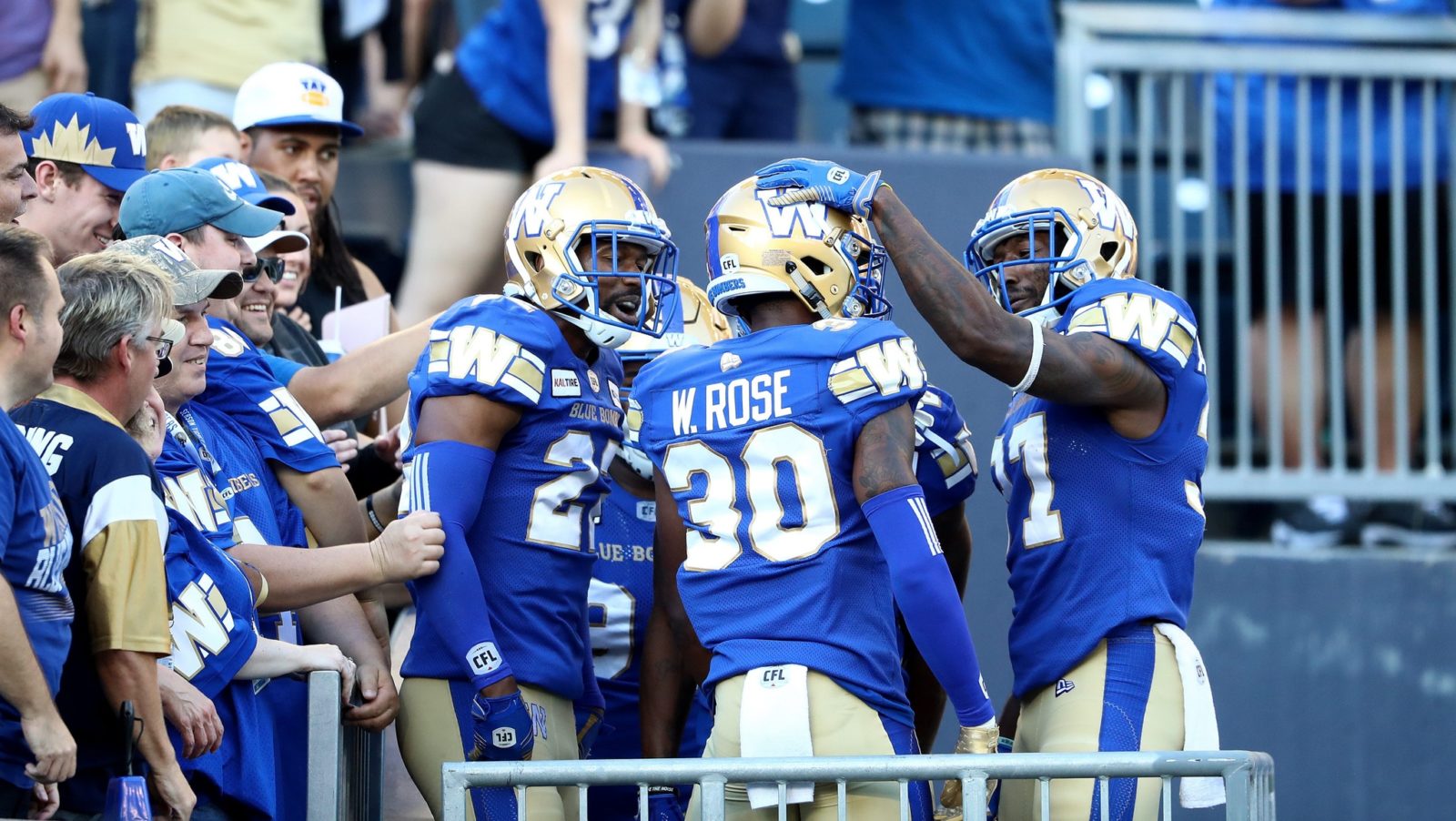 WINNIPEG — Matt Nichols’ franchise record-setting performance was a major key to the Winnipeg Blue Bombers’ 31-1 victory over the Ottawa REDBLACKS in Week 6, but it was the team’s defence that provided a much-needed early spark.

“Our whole defence is playing great and obviously making it easier on us,” Nichols said after the win. “Especially when our first two drives weren’t the greatest and then Winston Rose’s pick-six kind of got us jump-started.”

Nichols set a franchise record with 19 consecutive completions and only had four incompletions all game, but most of those came on the game’s early drives when momentum was still up for grabs. It was Winnipeg’s strong defensive play that really got things going against Ottawa, and the unit remained impenetrable for four quarters without surrendering a point.

Rose’s tremendous pick-six with just over six minutes to go in the opening quarter didn’t just give the Bombers the lead, it gave the offence a necessary boost. Rose now has an interception in each of the last three games.

“It set the tone,” defensive end Willie Jefferson said. “That was the play to spark the game.”

Jefferson recorded his second sack of the season in the win, as the two-time CFL all-star helped ensure that Ottawa quarterback Jonathan Jennings didn’t have room to make a play. Jackson Jeffcoat and Anthony Gaitor also added sacks, and defensive back Chris Humes sealed the victory with an interception of his own.

“We’re sending the league a message,” Jefferson said. “The message is when you come you got to bring your A-game.”

Nichols was quick to give credit to the players around him for the franchise record, as the quarterback was only sacked once despite throwing the ball 29 times against the REDBLACKS. Solid performances from Andrew Harris and Kenny Lawler also played major roles in Nichols’ big game.

“I pride myself on being very efficient, so that’s something that is great,” Nichols said. “But it’s receivers making tough catches, it’s o-line keeping me clean in the pocket.”

Winnipeg now holds a 5-0 record for the first time since 1960, but Nichols said there is still room to grow as the season progresses.

“We’re a group that tends to look at all the failures rather than the things that went well, so we’ll go back and correct everything and just continue to get better every single week,” Nichols said.

The unbeaten Winnipeg Blue Bombers will face their next test on the road when they travel to take on the Hamilton Tiger-Cats next Friday in Week 7 action.