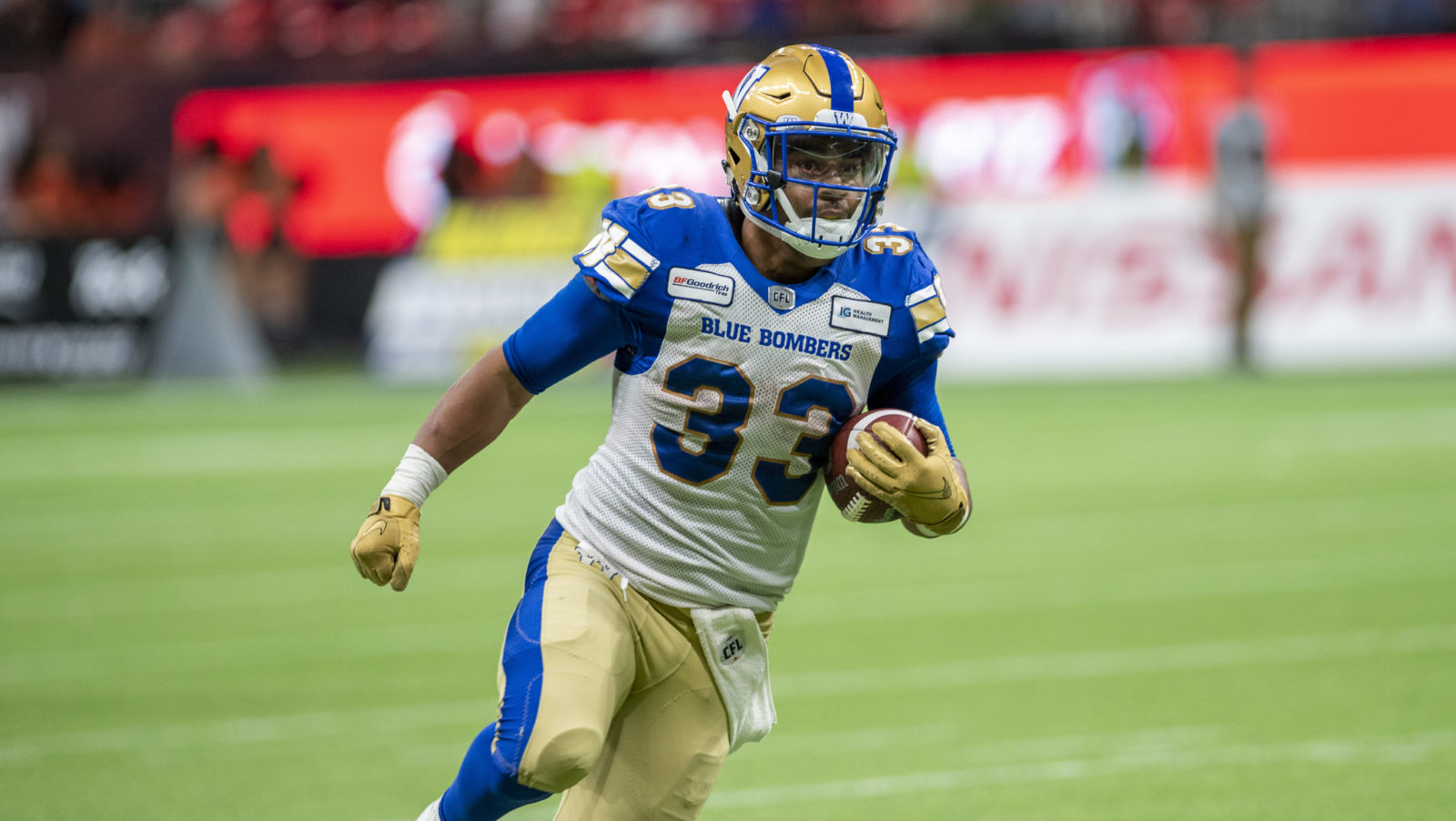 TORONTO — Andrew Harris has always scrapped and done anything his team has asked of him in order to one day be the shining star – even playing safety at one point in his career. Now, the Winnipeg Blue Bombers’ running back is one of the faces of the CFL.

The Bombers are off to the races this season, and they remained undefeated with a 31-1 win over the Ottawa REDBLACKS on Friday night. Harris had another monster performance, finishing with 131 all-purpose yards and a receiving touchdown.

In the latest edition of The Waggle presented by Sport Clips, Donnovan Bennett had the chance to talk to Harris – who was in the middle of a massage – about the Bombers’ hot start to the campaign, breaking records, and the current excitement around Winnipeg.

Episode 167: Moving on and moving up + Andrew Harris stops by

EPISODE OVERVIEW: Kavis Reed is out in Montreal but the Alouettes are on the up and up. Have they found their guy in Vernon Adams Jr.? Plus, what’s going on in BC and how can it be fixed? Then, Andrew Harris stops by to chat with Donovan about team speed, skill and his new coaching gig.

“The season’s been great, the team’s rolling,” Harris said of the team’s 4-0 start to the campaign. “Obviously, when you’re winning things are great so we’ve just got to keep our foot on the gas and keep the momentum up. The season’s been going well and I’m really proud of the guys and how we’ve handled the adversity.”

Harris has managed to keep himself busy this season. Along with being a star running back, he works a sales job on the side and has also gotten into coaching ranks, serving as the bench boss for his daughter’s youth soccer team.

“I don’t know crap about soccer,” said Harris, who grew up playing hockey and basketball along with football. “We’ve moved to a bigger field and eight on eight now, so I got my wife’s brother, who’s a soccer guy, to come in and help me out with coaching stuff. We were undefeated up until two weeks ago but it’s just fun to get out there with my daughter and spend some time with her and see her grow as an athlete.”

Harris added that sometimes, his aggression comes out as a coach. That’s something CFL defences have gotten used to seeing from the 32-year-old since he entered the league back in 2010. While he didn’t have a single touch in the offensive game during his rookie year, he showed promise as a punt and kick returner. He was given a chance to make plays out of the backfield a year later, and the rest is history.

The running back has been named a CFL All-Star on five occasions, won the league’s Most Outstanding Canadian in 2017, and captured his first Grey Cup with the BC Lions in 2011.

Since signing with his hometown team in the Blue Bombers, Harris has turned into arguably the best back in the entire league. So far this season, he’s produced 441 yards rushing through the first five games, which averages out to 88.2 yards per contest. If he manages to keep up this pace, he’ll set a new career-high with 1,587 yards, which would smash the previous mark of 1,390 he set a year ago.

In the Bombers’ Week 5 game against Toronto, Harris ran for 116 yards and got into an exclusive club in the process. He became the 12th player in CFL history to eclipse 8,000 career yards on the ground.

“I didn’t really realize how close I was to that. During the game, they had acknowledged it. It’s a great accomplishment, and I’m definitely proud of it,” said Harris of the feat. “At this point, it’s kind of irrelevant to me because I’m not done playing and I still feel like I have a lot more to give and more to gain. Getting those accomplishments is great, but (I’ve) got to keep pushing on and stay hungry

“There are accolades for me from I team standpoint that I want to reach, and that’s the most important thing for me.” 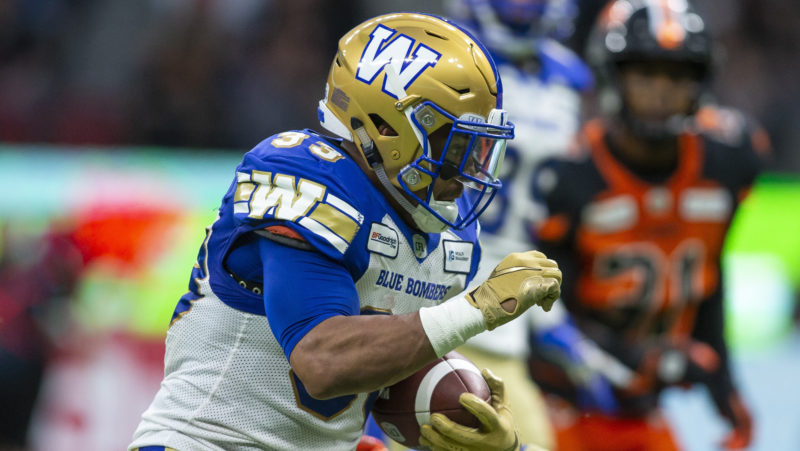 Harris is one of the catalysts of a formidable Winnipeg offence and he says there’s a buzz in the city early on, as the Bombers are halfway to their total of 10 wins from 2018.

“I think the city’s excited. I think they’ve been wanting a great start and wanting success from this team for a long time. As far as the team, when you’re winning, there’s always a good vibe in the locker room,” Harris said. “My job as a leader is to make sure to keep everyone humbled, working hard, not getting complacent, and still having that high standard of play.

“… I’ve seen teams that have been caught up in it and start feeling themselves too much. Next thing you know, they’re not making the playoffs. I know that stuff can happen and I definitely don’t want it creeping in with this team.”

Harris is just one of the many pieces to the puzzle for the Bombers. Matt Nichols has the best efficiency rating (129.1) among the league’s starting quarterbacks, Lucky Whitehead has been a spark plug for the team in both the special teams and receiving game, and Nic Demski has become threat both through the air and on the ground.

Bennett called the Blue and Gold’s offence the most electric in the entire league, and through the first five games, it’s hard to argue.

Following their dominating victory over Ottawa on Friday, Winnipeg is off to a 5-0 start for the first time since 1960. Harris will be looking for another massive performance when the Bombers go head to head with the Hamilton Tiger-Cats in the marquee matchup of Week 7.