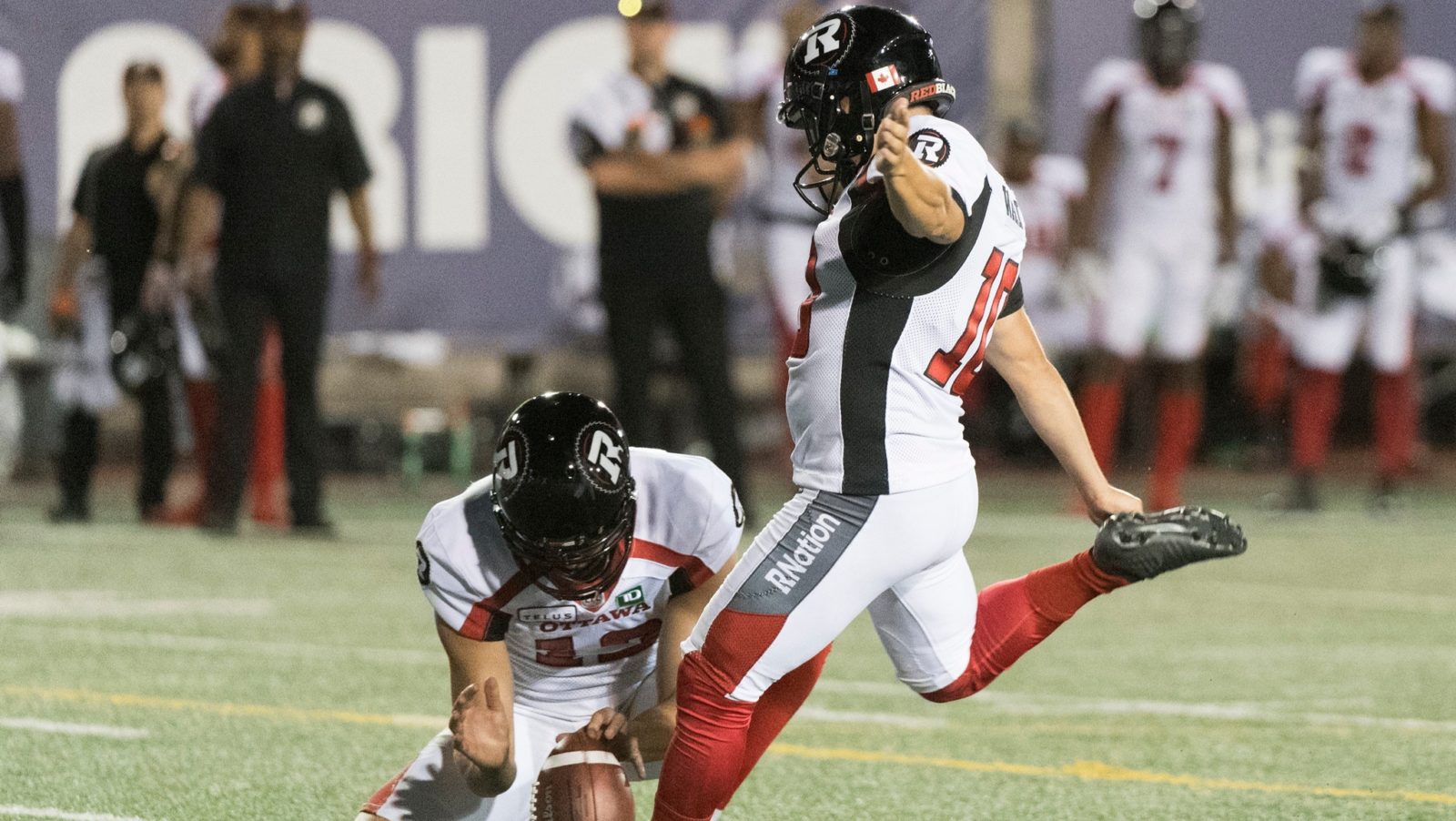 MONTREAL — The Ottawa REDBLACKS snapped a four-game losing skid with their 30-27 overtime win against the Montreal Alouettes in Week 8, and it was their special teams that made the biggest impact.

“We’re starting to climb ourselves back out of it now, so that’s a special win for us,” Ward said after the game.

Ward cut Montreal’s lead down to three points late in the fourth quarter on a 46-yard field goal, and he sent the game to overtime with a 30-yard field goal in the final seconds of regulation. The veteran kicker then gave Ottawa the victory with a 14-yard field goal, but the REDBLACKS never would have been in position to win the game had it not been for two highlight-reel touchdown returns from Dedmon in the first half.

In a game where Ottawa’s offence had a hard time sustaining drives against a strong defensive performance from Montreal, it was special teams that created momentum and scored points in crucial moments. Dedmon’s 111-yard kickoff return touchdown erased the momentum Montreal established with Vernon Adams Jr.’s 13-yard touchdown run, and his 95-yard punt return touchdown kept the game in reach after Adams extended the Als’ lead.

“That’s something special,” Ward said of Dedmon’s performance. “Especially to be on our side of that, to see that be for our team. He’s a special guy, so you gotta give him credit for that.”

The REDBLACKS are now one game away from an even record, and the win against Montreal will certainly provide fuel moving forward.

“Any win is a positive in this league, so we just got to keep climbing,” Ward said.

The Ottawa REDBLACKS will be in action again next Friday when the team travels on the road to face the Edmonton Eskimos in Week 9.