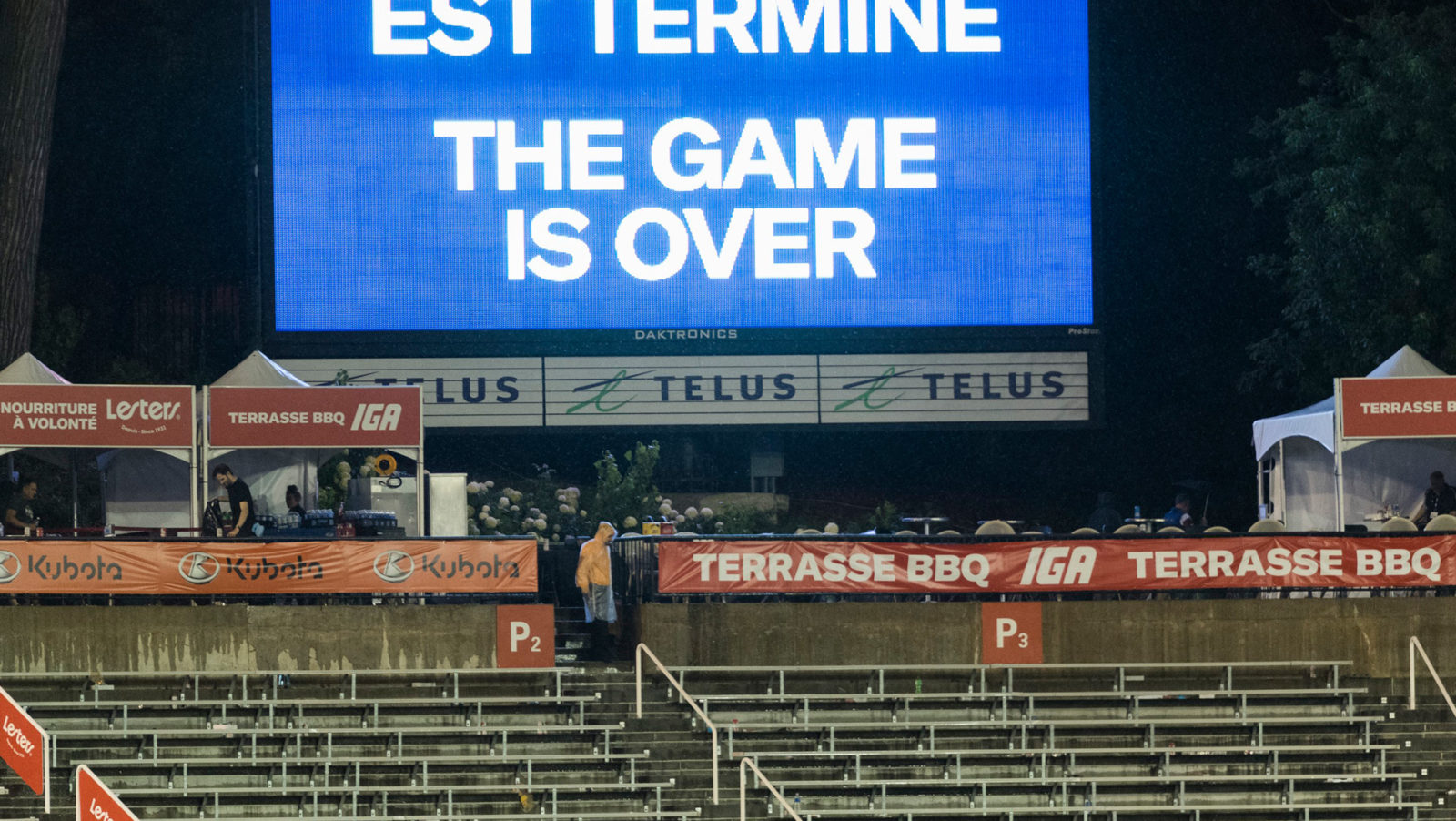 TORONTO — The Canadian Football League released a statement Friday night after it was forced to rule a game final due to weather delay. The game was called early during the third quarter in accordance with the league’s weather protocol after lightning in the area delayed the game for over an hour.

As a result, the Saskatchewan Roughriders earned a 17-10 victory over the Montreal Alouettes.

Game 42 between the Montreal Alouettes and the Saskatchewan Roughriders has been called following a weather delay which began at 9:06 p.m. ET and concluded at 10:06 p.m. ET. In accordance with the CFL and the CFLPA’s weather protocol, Saskatchewan has won the game by a score of 17-10. At the time of delay, 2:41 remained in the third quarter.

The decision to finalize the game was made in consideration of the weather protocol which was jointly developed between the CFL and the Management Council comprised of Club Presidents to address in-game situations where the safety of players, officials and fans may be affected by inclement weather. The weather protocol was negotiated into the CFL and the CFLPA’s collective bargaining agreement this past spring.

The weather protocol states that if there is a stoppage greater than 60 minutes after the game becomes official at the midway point of the third quarter, the game will be considered final, and that two points will be awarded to the leading team

The game was halted at 9:06 ET and ruled final an hour later.