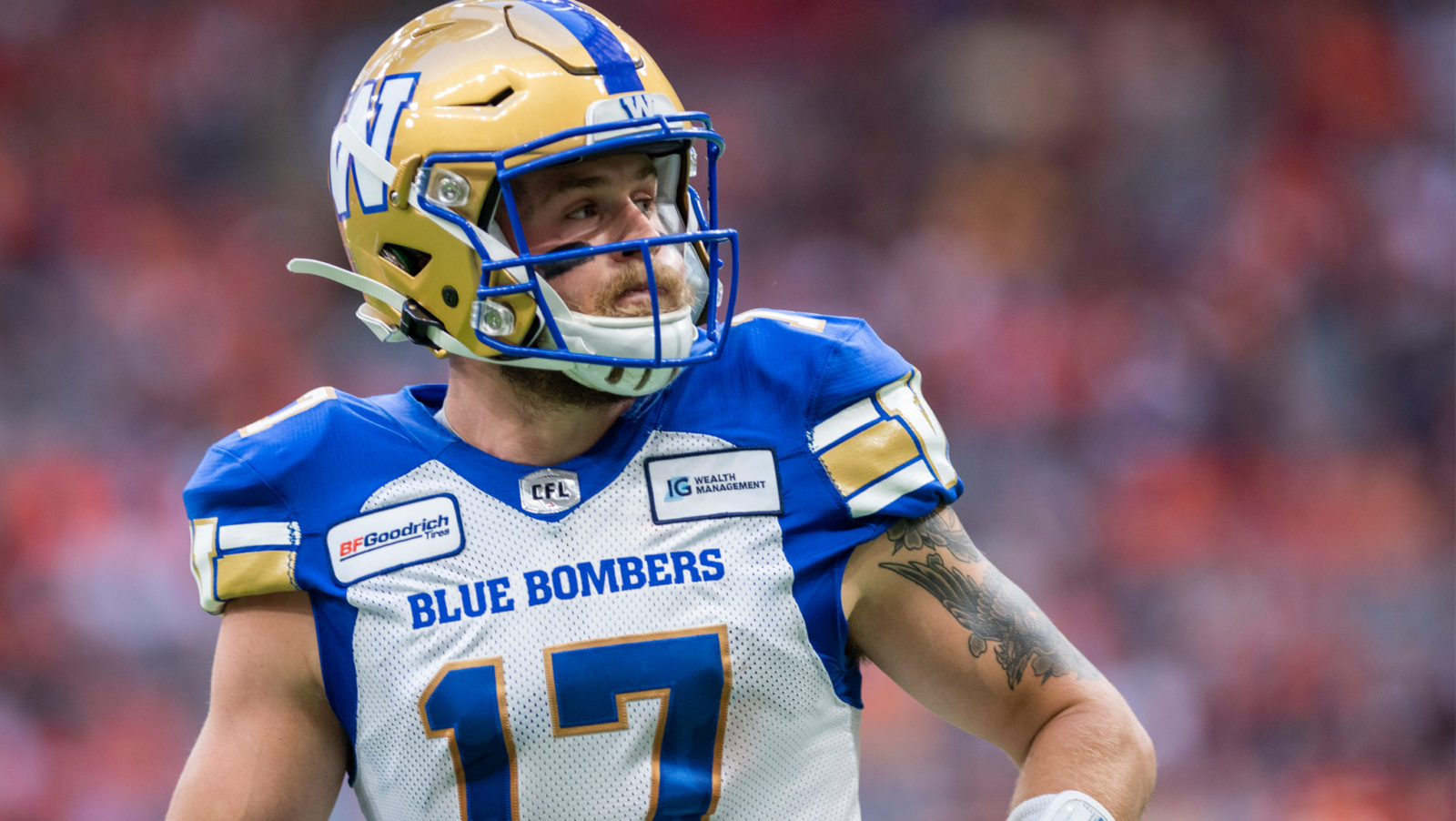 TORONTO — Life without Matt Nichols begins for the Winnipeg Blue Bombers, but what are the Fantasy implications?

The Bombers announced this week that Nichols will be added to the six-game injured list and will be sidelined for at least four to six weeks, making Chris Streveler their starting quarterback for the foreseeable future.

For the pre-season Grey Cup favourite and the CFL’s current top-ranked team (tied with Hamilton at 7-2), can the Bombers get by without their starter?

“I’m less worried about Nichols going down,” said Pat Steinberg, host of the CFL Fantasy Podcast presented by LeoVegas. “It’s not a slight on Nichols, it’s got nothing to do with what I think about Chris Streveler — I just don’t think there’s a team in the CFL where a quarterback matters less than it does in Winnipeg. That offence will continue to run through Andrew Harris no matter who’s at quarterback.”\

“What Streveler needs to do is come in and not turn the ball over and not be ineffective,” he added. “If he can move the ball — if he can keep the offence on the field and keep them in short yardage situations — this team is going to continue running through Andrew Harris.”

“For Streveler to do that, it’s not just about running around out there and getting the odd first down. It’s about completing passes consistently, and when defences start to key in on stopping Chris Streveler from moving the chains with his legs, and keying in on Andrew Harris, it’s about finding other ways to pick up first downs.”

Steinberg debates along with Krever and Hannah Nordman on both the impact of Nichols’ injury, and the Fantasy viability of Streveler in a Week 11 matchup with the Edmonton Eskimos:

It’s hard not to imagine Nichols’ injury impacting the Bombers’ offence. Though one of the CFL’s most polarizing figures, Nichols has brought a steady hand to one of the league’s most consistent offensive attacks, a style not likely to be replicated by an unproven backup.

Though he’s failed to throw for 300-plus yards in a game this season, he’s also the top-rated pivot with a QB rating of 107, while his touchdown to interception ratio of 15:5 is also in elite territory.

“Matt Nichols deserves a lot of credit for the Winnipeg Blue Bombers’ success this year,” said Krever. “I think it’s right to be skeptical of this team without him behind centre.”

As for Streveler’s Fantasy potential, the podcast trio is staying away for now — though there could be some intrigue down the road.

“Definitely not this week, but going forward, I am thinking about Streveler as a starting option,” said Nordman. “In his three games that he started last year he was up in the 20-, 25-point range, he gets points through the air and will add another double digit amount with his feet. He might run in one or two touchdowns per game. I think he’s a serviceable option, but not this week.”

“I want to see what he does against a really good Edmonton team,” added Steinberg. “This is going to start the evaluation. I’m certainly not giving him much consideration at all this week, but going forward, yeah, I think he’s got athletic ability, he’s a guy that you know can get you points if and when they’re in the red zone because he’s dynamic on short yardage plays.

“With some of the other low-cost options you’ve got at quarterback right now, Streveler is going to have to be pretty good if he’s going to work his way into starting lineups for a lot of people playing this game.”