O’Leary: Washington has Ticats’ defence firing on all cylinders 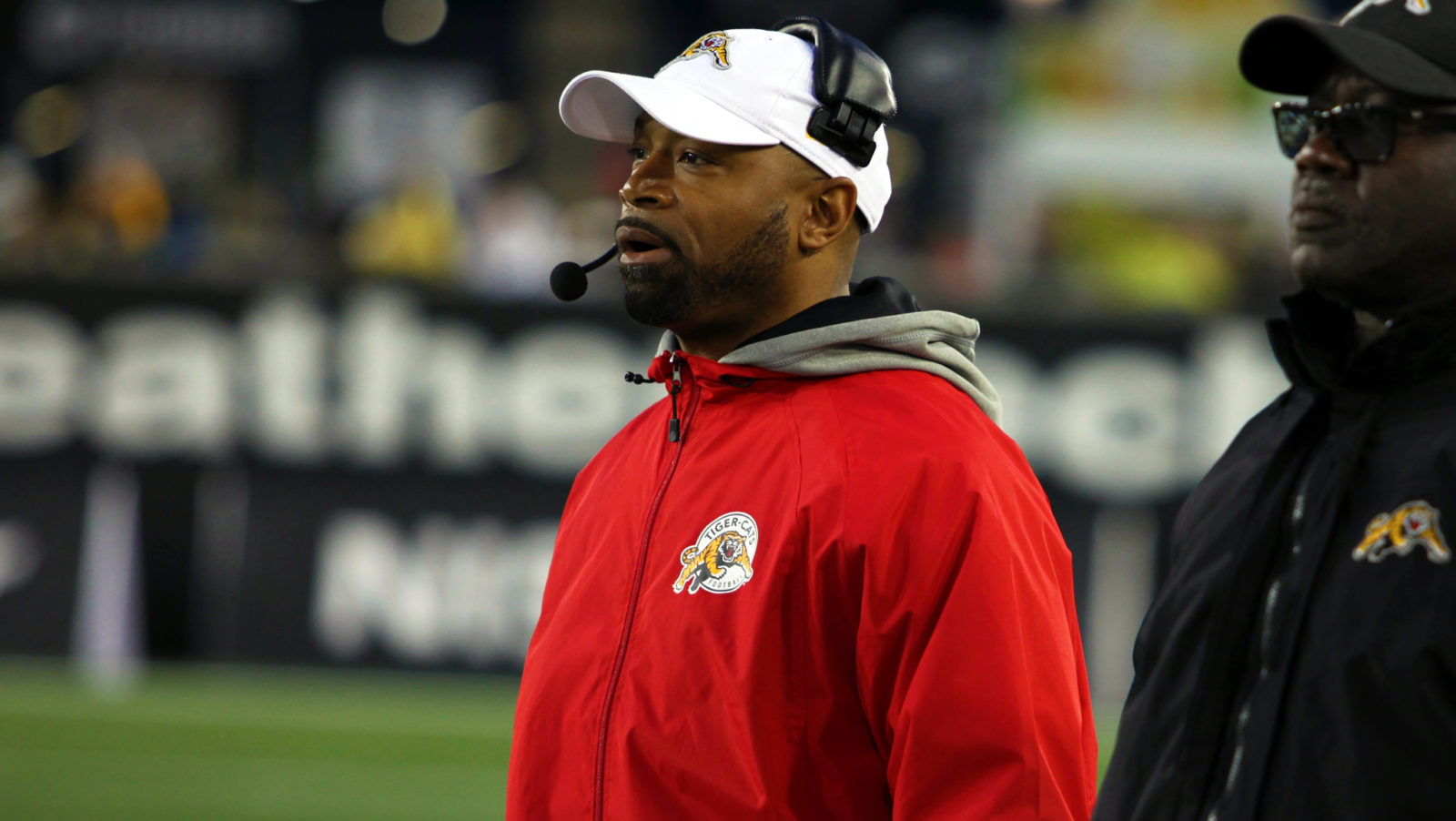 O’Leary: Washington has Ticats’ defence firing on all cylinders

Mark Washington remembers his playing days at Rutgers when there was the Turnpike Bowl — “Sometimes they called it the Toilet Bowl,” he said — against Temple. There were also games against Penn State, but the former defensive back admits that it was kind of a one-sided rivalry.

Through his time in the CFL — he played for the Alouettes from 1997 to 2002 and the BC Lions from 2003 to 2007, before spending the last 11 years coaching with the Lions — his teams had rivals, for sure, but he managed to miss out on the high drama that Mark’s Labour Day brings for the other teams in the league.

After 23 years in the CFL with Labour Day outliers, Washington finally gets to step into the ring on Monday. The Hamilton Tiger-Cats’ defensive coordinator will lead his aggressive defence onto Tim Horton’s Field, where a sell-out crowd will try to make a miserable season just a little bit worse for the Toronto Argonauts.

“These teams are rivals for a reason. They’re not just made up on paper, some type of marketing ploy. This is legit. Whether it’s us and Toronto, the Battle of Alberta, the Banjo Bowl, it’s legit.”

Ticats head coach Orlondo Steinauer stressed on Friday that the hype of the Labour Day game is fun, but once the teams get out on the field and the ball is kicked off, it’s one of 18 games and they’ll treat it like that. That’s worked out well for the Ticats in the first half of the season, as they’ve built up an 8-2 record, matching Winnipeg in the West.

The Ticats’ defence has allowed the least amount of points this season (190) and leads the league in turnover ratio at plus-12. They’re second in sacks made (32) and as the Hamilton Spectator’s columnist Steve Hamilton pointed out this week, those 32 sacks in 10 games have already surpassed the 31 they had through all of last year.

“I knew him from competing against him. I know he’s a Grey Cup champion. That’s very important,” Steinauer said. “I would say that until you work with somebody, you really don’t know the fine fixtures and the details (about them). I would say that his attention to detail (stands out). It’s really impeccable, to be honest with you.

“I think that Mark has adopted the mindset of what we’ve been around here, and then obviously put his own stamp on it. Thus far it’s gone well. We’re trying to attack quarterbacks, we’re trying to turn the football over and we’ve done a decent job with that.”

While Washington’s front four will get a lot of praise — Riders’ voice Derek Taylor recently posted his count of QB pressures this season and four Ticats are in the top-10 — linebacker Simoni Lawrence said the 12-man unit is working incredibly well together and that’s a key in their success this year.

“A lot of coaches are very smart but they can’t get their knowledge to the players. I feel like he does a great job of putting what’s in his head into our heads. Sometimes we’re in the game and you can damn near guess the play call before it happens because he’s prepared us so well.”

Lawrence said there’s an understanding of the defence across the field, from player to player this year. If one player roams out of his spot in the defence, another recognizes that and fills the gap and keeps things rolling.

“I’ve always said defence is sort of a misnomer,” Washington said. “We have to attack, you always have to. Offences, they can twist you around. We have some very good offensive coaches out here in this league. And, man, they can do some damage. So we try to neutralize that.”

“Bigger than any stat, it’s a team game,” Steinauer said of the defence thus far. “That’s what I love about our staff and our organization, what we’re building. It’s not about how you get it done or what you’re building towards necessarily.

“It’s what is the best opportunity to win that week. And I really feel like all three coordinators and the staff do a great job of that.”