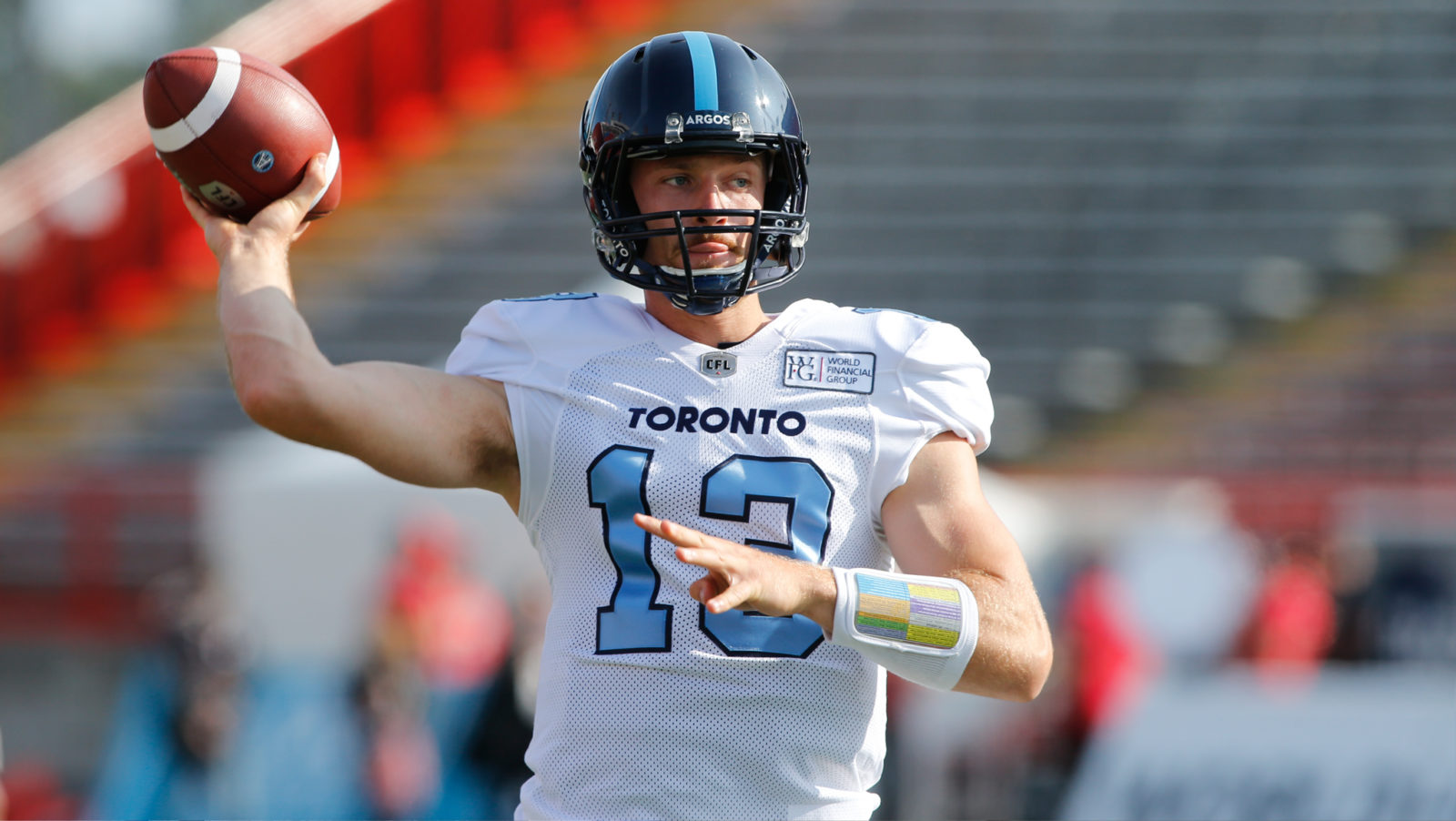 I bet you didn’t expect that to be my opening sentence. Let me explain. I argued on my radio show that Andreescu’s US Open victory is one of the most unique sporting achievements by a Canadian athlete. You can quibble with that idea, you can throw out names like Mike Weir, but by becoming the first Canadian to win a Grand Slam event, Andreescu did something we have never seen before.

Bianca’s dominant win over Serena produced monster TV ratings in Canada, which is no surprise. Like every other nation, we love rooting for one of our own, and with this being the first time a Canadian has ever hit these heights, you were going to attract a whole range of sports fans including those who don’t watch tennis on a regular basis.

In 2017, Bridge, who, like Andreescu, is also from Mississauga, Ont., not only started in a couple of games for the Saskatchewan Roughriders, but he looked like he belonged. His three touchdown game in a 27-19 win over the Hamilton Tiger-Cats represented the first time a Canadian had started at quarterback for the Riders. Unfortunately, 2017 would also represent the high water mark for Bridge as he has yet to build on his early success. 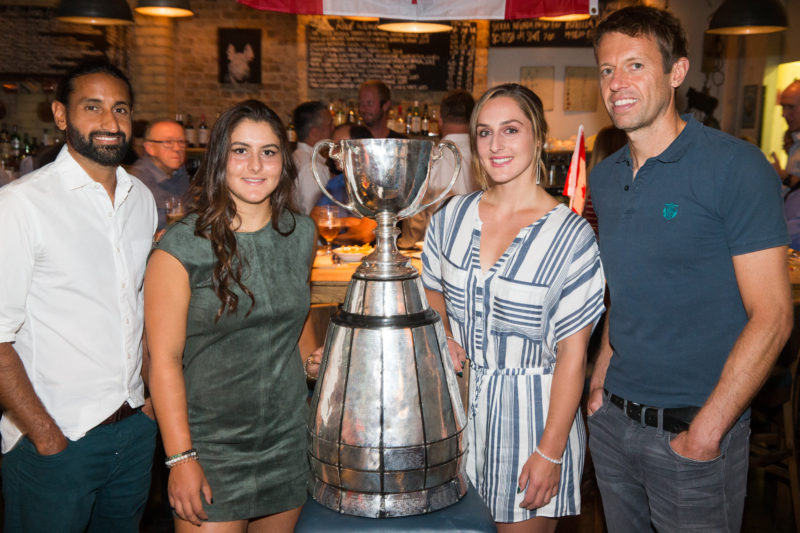 It’s been 50 years since Russ Jackson was dominating the CFL. A half century later and we’re still waiting for the next great Canadian quarterback. We get the odd flash of potential whether it’s Larry Jusdanis in Hamilton, Giulio Caravatta with the Lions or more recently with Andrew Buckley and the Calgary Stampeders. A lot of us had hope for Buckley, who spent two years as Bo Levi Mitchell’s backup that saw plenty of work in short yardage situations, but he retired from football after being accepted to medical school at the University of Calgary. I guess if you’re going to walk away from football, it may as well be for something as noble/important as becoming a doctor.

Now that we as a nation have overcome the tennis Grand Slam hurdle, I think it’s time we focus on the Canadian quarterback. Why let Brad Sinopoli or Andrew Harris dominate the Most Outstanding Canadian Award? We see what Brooke Henderson is doing in the LPGA. Every year there are more and more Canadians being drafted into the NBA. So why is a starting quarterback who happens to have a Canadian passport so elusive in the Canadian Football League?

I love that for the past decade the Canadian quarterback internship program has worked with the country’s top U SPORTS quarterbacks, pairing them up with CFL teams for part of training camp. The lessons and exposure with the professional squads can only help accelerate the growth of these young men as passers (You can read more about here). But I think we are only scratching the surface of the potential that exists all over this nation.

Whether it is through government funding or from the private sector, I would love to see Canada continue to do more to grow the amateur football infrastructure. Just think about what kind of story that would be. And I am not talking about a part-time starter or glorified runner; I mean a Canadian passer who is the reason his team is winning games. If we’re going to dream, dream big. 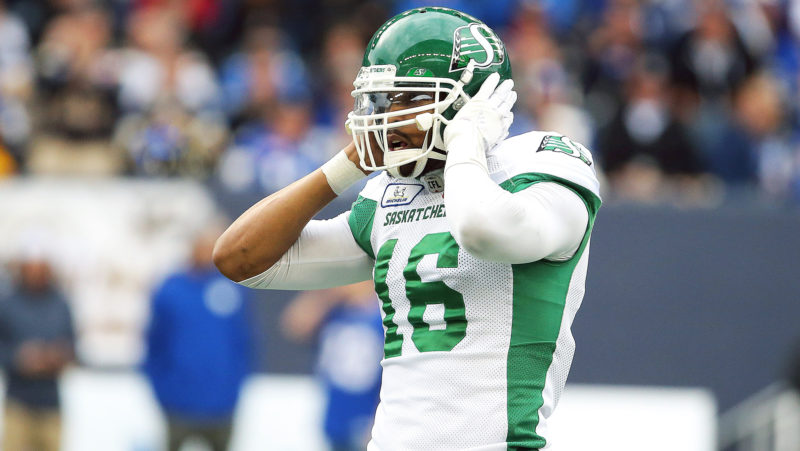 Canadian quarterback Brandon Bridge started a playoff game for the Riders in 2018 (CFL.ca)

At the start of the year, Bianca was ranked 152nd and had to withdraw from both the French Open and Wimbledon because of injury. On Saturday she beat Serena Williams in front of a hostile crowd. Who could have seen that coming a year ago? A national at quarterback would be a massive story for this country. It would bring in the casual sports fan because of the one-two punch of the patriotic angle and the fact that it would represent something we haven’t since the late 1960’s. It’s really quite simple: we as a society always tune in to something that is different, and a Canadian quarterback vying for the MOP would be a game changer. He would be a true sports celebrity, not a fake one like Johnny Manziel attempted to be.

Because it has been so long since Russ Jackson was winning Grey Cups for Ottawa, I think we have a tendency to believe that the Canadian quarterback isn’t possible. I hope that moments like we saw from Bianca can have a ripple effect into all avenues of sport here in Canada. I hope it inspires young Canadian football players to believe they don’t have to switch to receiver after their collegiate days are done. I hope U SPORTS continues to grow and can receive the help it needs to develop home grown passers. That the rules are changed so a team who starts a national at quarterback, that player will count towards the mandated number of Canadians on the field.

We seem to get closer and closer to this dream becoming a reality — Noah Picton comes to mind — but we still have a ways to go. This is nothing against the legion of American quarterbacks who have entertained us for so long; I just want to see a couple of signal callers who hail from McMaster, Regina, or Laval doing battle against their American counterparts.