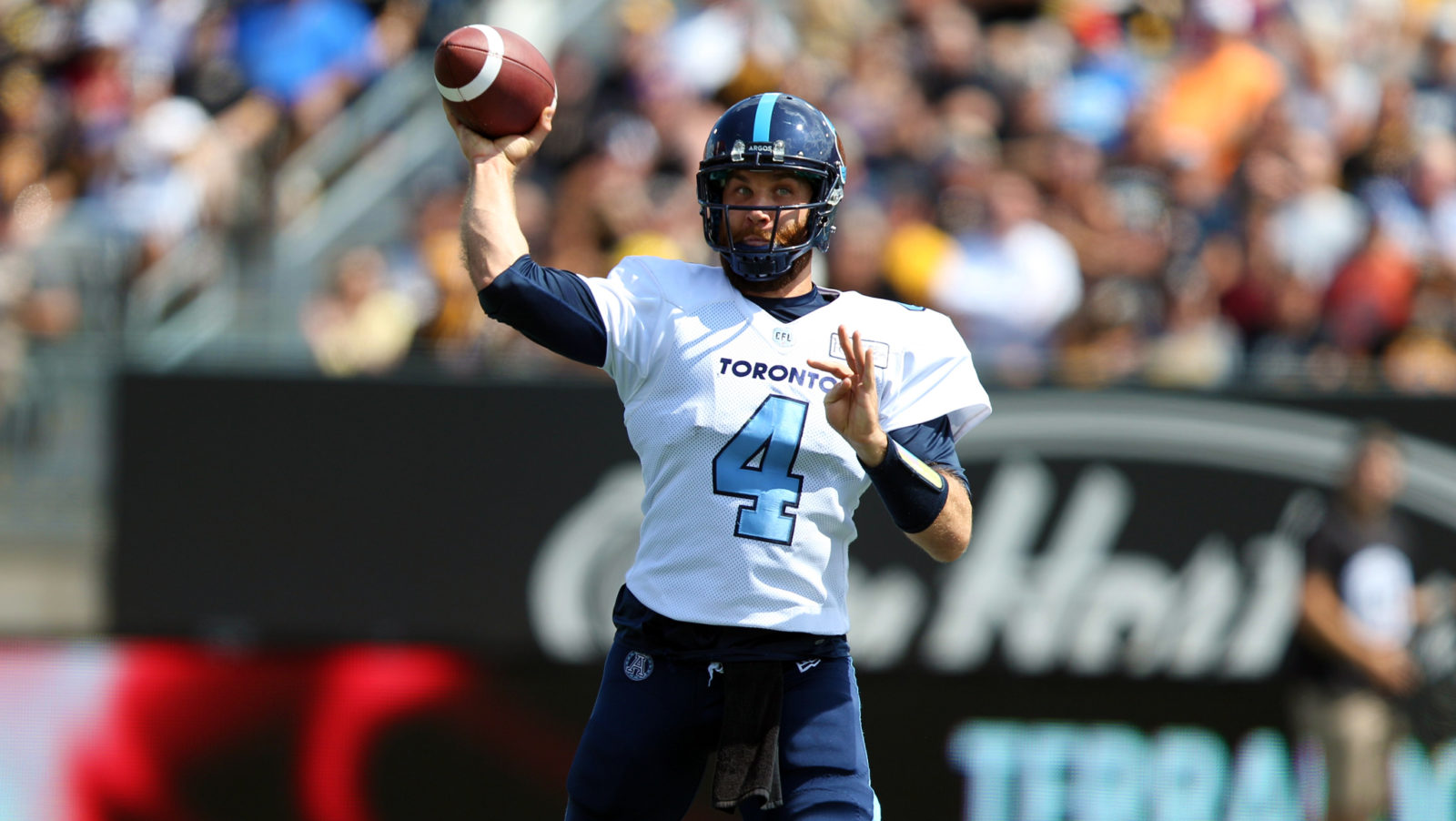 Week 15 of TSN CFL Fantasy Football Presented by Leo Vegas is defined by the return of Winnipeg running back Andrew Harris, who makes his first appearance since serving a two-game suspension for violating the league’s drug policy.

Harris ($10,845) remained the league’s top rusher despite the unexpected trip to the sidelines but should pick up where he left off. In his previous four games, Harris had a pair of 100-yard games along with outings of 73 and 89 yards with three rushing touchdowns. The Bombers visit an Alouettes team that is sixth in average yards per carry allowed while giving up 43 carries of at least 10 yards.

The price tag will be daunting to some, yet Harris returns as he left off: atop the pack at running back.

The potential absence of Trevor Harris ($11,066) puts a dent at the position along with the value of the Eskimos’ receiving corps. Vernon Adams ($10,605) has 300-yard games in three of his last four, but the seven rushing majors in his past five games boosts his Fantasy value. With 10 rushing touchdowns, he’s within range of at least tying the single-season record for rushing scores by a pivot (14) that James Franklin tied last year. Mike Reilly ($9,584) had just his second game this season of at least 30 Fantasy points in last week’s win over the REDBLACKS. Amazing what he can do with time to throw.

McLeod Bethel-Thompson ($10,288) hit the Stampeders with 343 yards and a pair of scores in Week 6 but also had four interceptions. He’s tossed just three since, two coming in his most recent outing in Week 12. Edmonton’s top-ranked pass defence could yield yardage to Dane Evans, yet Evans and his lack of scoring punch makes him feel like the Eastern Division version of Cody Fajardo.

If Logan Kilgore ($5,000) gets the start for the Eskimos, he’ll need to attack the Tiger-Cats deep; Hamilton has allowed just three passing majors on passes of 0-19 yards in depth. Chris Streveler ($7,575) had 34.1 FP in his last start. The return of Harris should at least put him in the 18-22 FP range. The question is not if, but when the REDBLACKS move on from Jonathon Jennings ($5,482) in order to give Will Arndt ($5,000) an extended look.

Montreal faces the league’s toughest run defence in Winnipeg (67.8 yards per game allowed), so look for them to make William Stanback ($7,643) an extensive part of the passing game. He averages 13.3 yards per catch, making a dangerous presence in the open field.

If Ka’Deem Carey ($5,371) can hold the starting role, he’ll be a value play going against Toronto and its league-worst ground defence. The Argos give up 5.6 yards per carry along with 15 rushing majors, so don’t be surprised if Carey ends up as the highest-scoring Stampeders player this week. Since scoring 23.6 Fantasy points via rushing in Week 9, C.J. Gable ($8,695) has a combined 22.4 FP on the ground. His value will come as a safety valve if Logan Kilgore gets the start.

Like Gable, James Wilder, Jr. ($9,921) will need an above-average game as a receiver in order to come close to justifying his salary.

Brandon Rutley ($5,011) comes off the first 100-yard game of his career, but if he can snatch a carry or two from Mike Reilly near the goal line, majors await considering Ottawa’s allowed a league-high 21 rushing scores. Mossis Madu ($6,700) might be looking at a third straight game of at least 10 targets from REDBLACKS pivots. It’s anyone’s guess as to who gets the bulk of touches in Hamilton’s backfield. Bennett Jackson ($3500) got the start last week, but it was Anthony Coombs ($3,546) who got the majority of carries.

Be prepared to very dearly if adding Reggie Begelton ($11,299) or Brandon Banks ($12,537). Begelton gets the edge since Bo Levi Mitchell ($9,321) provides more scoring potential. Sitting on the edge of another 1,000-yard season, Bryan Burnham ($9,684) has at least 18.6 Fantasy points in three of his last five. Eric Rogers ($8,335) has a combined 46.7 FP in his last two games despite not catching a pass of longer than 22 yards. Derel Walker’s ($9,396) streak of three straight games of at least one reception of 30-plus yards gets challenged by a Calgary pass defence that’s just eight such plays all season. Seven yards is all that’s kept Dominique Rhymes ($7,432) from three straight 100-yard games. Without Trevor Harris, the value of DaVaris Daniels ($8,108) and Greg Ellingson ($8,523) is dented. With the way the Ticats find ways to get the ball into Bralon Addison’s hands, he’s something of value, even at $9,188. Imagine if he could score more consistently. All three of Eugene Lewis’ ($8,558) touchdown receptions have come in the last four games.

Maybe this is the week Darvin Adams ($6,529) begins to make up for lost time. The presence of Walker and S.J. Green ($7,703) could open the door for either Armanti Edwards ($6,520) or Rodney Smith ($5,247) to slip through the Fantasy cracks and produce against Calgary. Brad Sinopoli ($7,023) was back at practice; he and Jonathon Jennings had established a rapport before Sinopoli was forced to miss last week. Jaelon Acklin ($3,976) gets targets but the yards are hard to come by after Banks and Addison get theirs. Investing in Blue Bombers receivers isn’t highly suggested but Kenny Lawler ($2,500) or return whiz Janarion Grant ($2,500) each have high-risk, high-reward upsides.

As mentioned, the Stampeders ($5,066) did get four interceptions off McLeod Bethel-Thompson in Week 6. They’ve forced eight turnovers in the last four games. Winnipeg ($6,282) has recorded 20 sacks over the past four games, but keeping Vernon Adams Jr. in the pocket will be a tough task, especially if Adams breaks containment and finds open spaces to run in. Hamilton ($3,990) could make a strong case as a top-two defence if Logan Kilgore replaces Trevor Harris in Edmonton’s lineup. Montreal ($3,318) has sleeper value if allowing anyone other than Andrew Harris attempt to be a difference-maker in the Winnipeg offence.