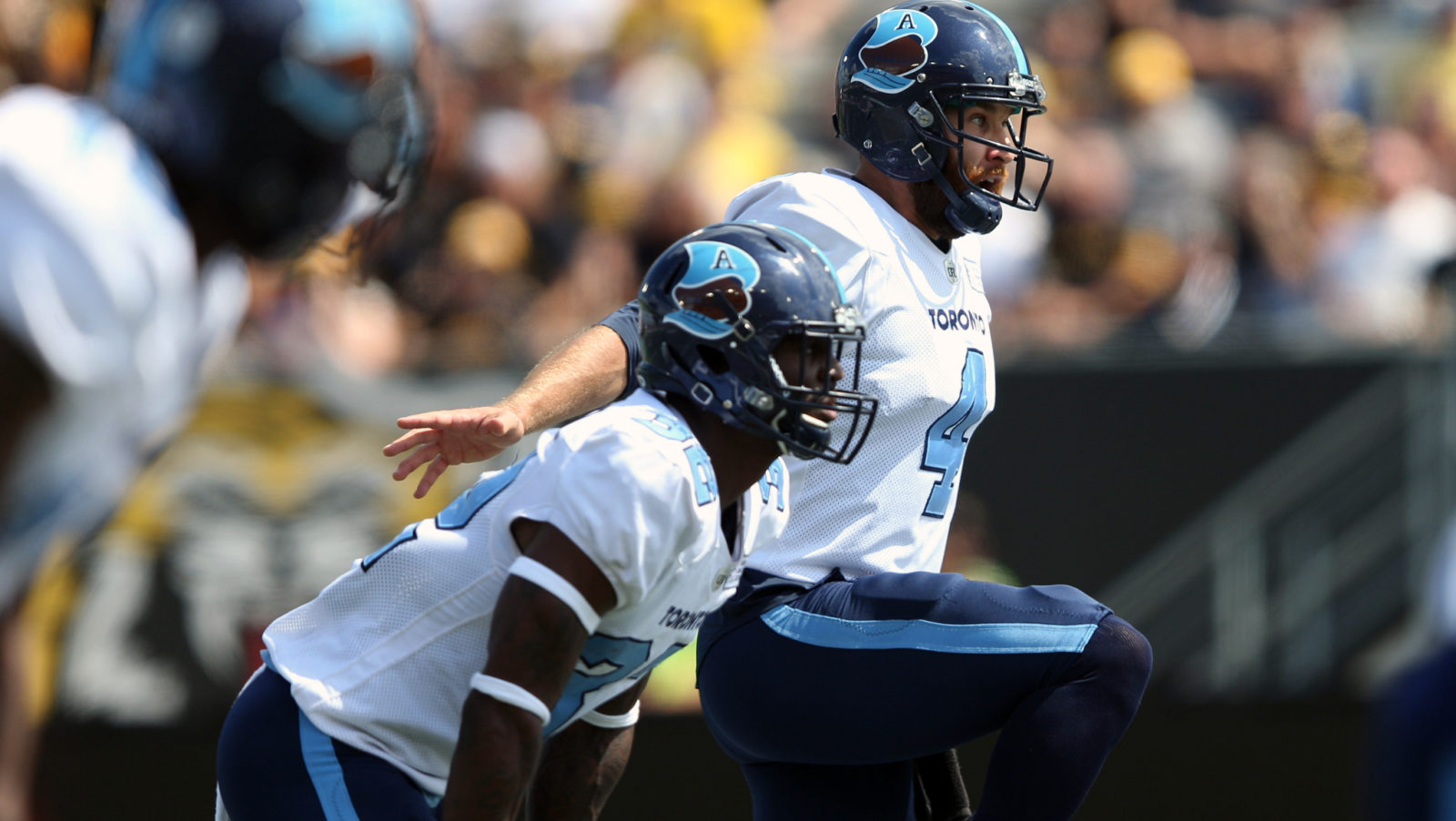 TORONTO — Now on the 13th stop of his professional football tour, McLeod Bethel-Thompson has defined the meaning of journeyman in sports.

Yet the Toronto Argonauts’ quarterback may have finally found a full-time gig, putting up big numbers in his second CFL season and potentially setting him up to become the team’s starter for 2020.

At 31 years old, Bethel-Thompson could still give the Argos plenty of mileage should they decide he’s the answer at quarterback. The same goes for Fantasy users, even if he’s among the fewest-picked players heading into Week 15.

“McLeod Bethel-Thompson deserves to be a $10,000 quarterback right now because he’s been one of the most consistent quarterbacks over the past several weeks,” said Pat Steinberg. “It’s not like he’s not giving you return on his high price. If you really believe money should be allocated to a quarterback, in our game the money is being spent properly for a guy like McLeod Bethel-Thompson.”

Over his last five starts, Bethel-Thompson has averaged 25 points per contest, including a season-high 30 points vs. Winnipeg.

Are the Argos worth betting on in a matchup with the Stamps? Steinberg, Jeff Krever and Hannah Nordman debate in the CFL Fantasy Podcast presented by LeoVegas:

With just one Argo, receiver Rodney Smith, inside the 30 most picked players in Week 15, Nordman believes high salaries could be scaring Fantasy players away.

“I’m missing the value here,” said Nordman. “When you describe someone as ‘not terrible’ value wise, that’s not great. I think we were sleeping on them for the past six or eight weeks but people have gotten wise and the prices are high.

“MacBeth is less than $1,000 from being the most expensive quarterback in the game, Derel Walker is fourth among receivers, and James Wilder is second for running backs. These guys aren’t cheap. I know they’re putting up totals, but they are pricey.”

“I do think there’s some value, it’s just not with the biggest name guys on the Argos,” responded Steinberg. “I’m liking the Argos plays. I don’t know if I love them this week because it is a difficult matchup against a defence that’s trending in a very scary direction, but from a bigger picture standpoint, maybe we have been sleeping on some of these guys.”

Still, even with the high price tags, the Argos’ top weapons have produced the last few weeks. Derel Walker is averaging 26 points over his last three outings, including a 41-point total on Labour Day. Rodney Smith has averaged 14.5 points since his breakout performance vs. Winnipeg.

For Krever, the Argos’ third-place ranking offensively, despite struggling with sacks and turnovers, highlights just how efficient some of these playmakers have been.

“OK, they’ve won two games this season, they’re probably not going to the playoffs, they had a disastrous start,” he said. “A big part of that though has been the turnovers and the sacks. If you’re talking about their offence as a whole, it hasn’t been great. If you’re talking about their offence from a Fantasy standpoint, it’s been one of the most productive offences CFL-wide.

“If you’re trying to make a little ground in the standings and go contrarian, it’s not a bad strategy to get a few of those Argos in your lineup this week.”