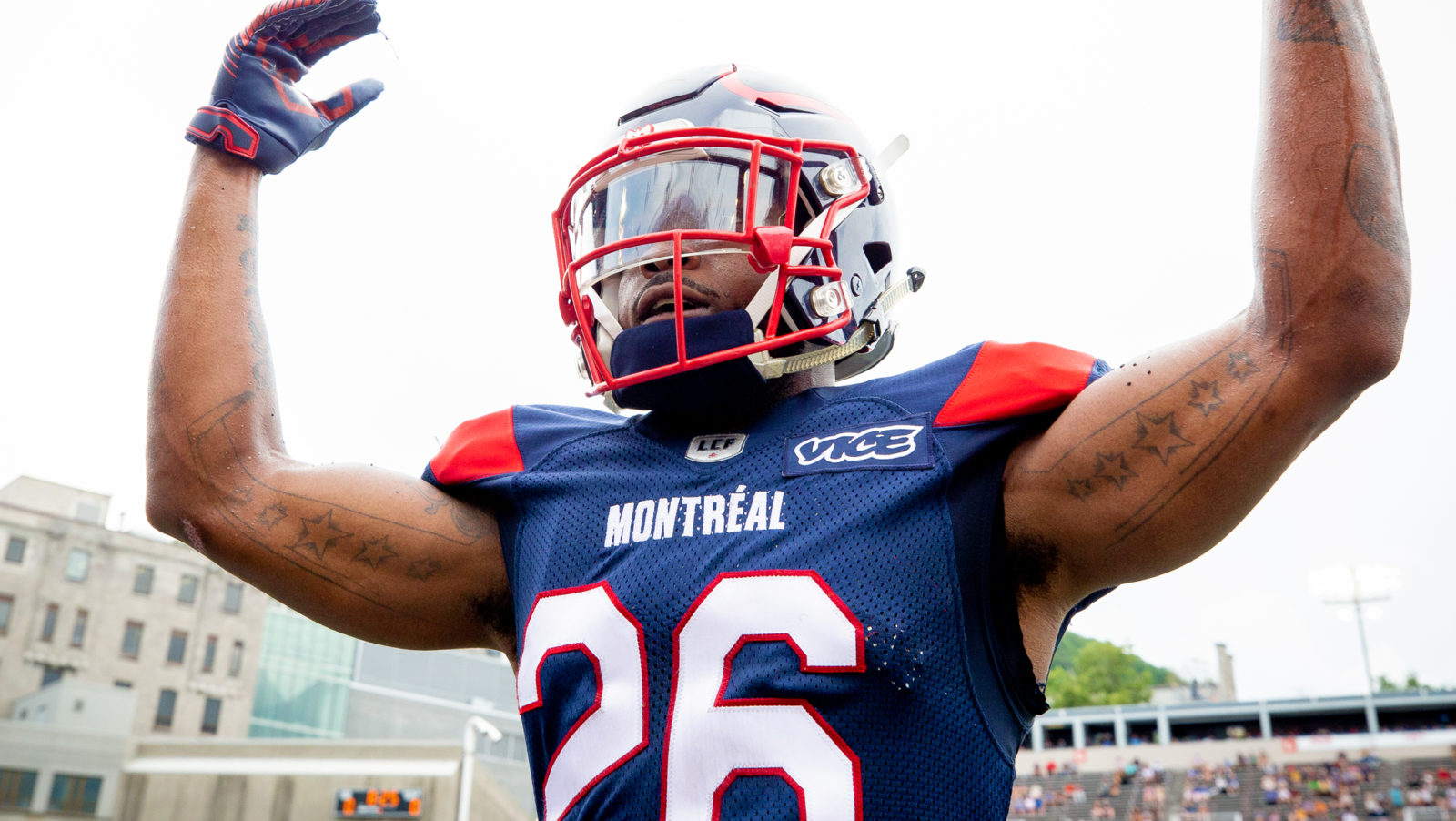 Hello, Frankie Williams. You seem to be everywhere, all at once. Five tackles, an interception, three knockdowns, on Friday night. Seven punt returns for 71 yards. Five kick-off returns for 105 yards. If ever there was a primarily defensive player that should be considered for MOP, it’s a guy who’s been a defensive stud, but who has also added to a team’s offence the way you have, with all those piled-up return yards.

But I want more, Frankie. How do you feel about a few reps at receiver thrown into the mix?

1. EVERY TEAM NEEDS A GUY LIKE GREG REID IN THEIR LIFE

The most conspicuous defensive star of the weekend? Montreal defensive back Greg Reid, who showed he leads by both words and actions.

It was our good fortune to hear him mic’d up for the Alouettes’ victory over Winnipeg, as he displayed an absolute refusal to quit, to sulk or to get down in the dumps at all.

Time and time again he was heard pumping the tires of his teammates, even as the Blue Bombers were roasting the Als in the first half.

Beyond the vocal leadership, Reid laid it on the line with his play, as well. Eight tackles he had, most of them of the very physical variety.

When flagged on a questionable pass interference call during a crucial Winnipeg drive late in the fourth quarter, his disappointment with the officiating crew was apparent. But, he followed it up, on the very next play, with a punishing, key stop on an Andrew Harris run.

2. I GUESS THE OLD ADAGE IS CORRECT

You know what they say: “The most dangerous lead in all of sports is the 24 point lead.”

If Lirim Hajrullahu’s winning field goal attempt had drifted an inch or two more to the left, it would have been a dead ball and then who knows? We were perhaps THAT close to two teams grabbing wins after trailing by 24, in less than 24 hours.

The B.C. Lions showed how you need to do it, I suppose. When you have that 24 point lead, make sure it’s in the fourth quarter.

3. ONE SIDE OF THE COIN IS OH SO SHINY. THE OTHER IS OH SO TARNISHED

For the Montreal Alouettes, it’s a win that pulls a tight group even closer together and fills the belief tank to overflowing. You thought they were excited about their prospects before? Change that logo from a lark to a peacock because the Als are struttin’.

That’s only one perspective, though. For the Winnipeg Blue Bombers, it’s a dizzying punch right in the face.

Dominant – supremely, supremely dominant – throughout the first half, they were manhandled in the second by the surging Als. For the second time this season, the Bombers gave up a big lead on the way to a loss — Toronto on Aug 1 — and in both instances, a dried-up offence and very leaky pass defence emerged.

Now they face a Hamilton team that showed off a lethal air game against Edmonton, so answers in that regard need to come asap. Mind you, the Ticats also have some tidying to do this week after they almost allowed the Eskies to climb all the way back to a win.

BONUS TAKEAWAY: Darvin Adams can sure lay down some asphalt. His blocking on Chris Streveler’s 38-yard touchdown run was a master class.

The young quarterback had become a forgotten one in Toronto this season after ineffective play gave way to an injury that led to McLeod Bethel-Thompson taking over the starting position with the Argos.

If you found yourself discarding Franklin in your thoughts, he gave you a reason to second guess those thoughts against Calgary on Friday night.

Relieving a struggling Bethel-Thompson, Franklin was solid in getting Toronto back into the game, completing 12 of 16 passes for 147 yards and a touchdown.

Glimpses we’ve seen before were in evidence again. The hard part is getting to the point where Franklin is doing that sort of thing on a consistent basis but do it he must in order to turn promise into performance.

Whether Franklin’s good showing is enough for the Argos to start him in Week 16, well, I doubt that.

But it did serve as a reminder of what people have liked about Franklin right from his earlier days in Edmonton.

Can he burst through, once and for all? I don’t know but I would have two words of caution for those who like to toss talented young quarterbacks onto the scrap heap sooner rather than later: Vernon Adams Jr.

5. THE FIRST DRIVE DOES NOT ALWAYS SET THE TONE

The Ottawa REDBLACKS got ripped up by the B.C. Lions on Saturday night, crumpled up in a 40-7 decision that went south at a million miles an hour after a start that looked impressive.

On their first handling of the football, the REDBLACKS drove it 68 yards to the Lions’ 5-yard line, where they looked to be in business to get the opening touchdown they desperately wanted.

After getting stuffed on a third and one from that 5-yard line, however, the momentum vanished instantly and lingered ever after.

Their next six drives were all two-and-outs, mustering a grand total of minus four yards. Maybe it’s not the totality of the first drive that sets the tone. It’s the way that the drive ends that does.

BONUS TAKEAWAY: Bryan Burnham seems like the kind of guy that would be disappointed if you landed a beer in his lap after he said “toss me a brewski.” What he really wanted was for you to toss it high and over his head so he could leap backwards out of his lawn chair, snagging the can with one hand, and landing with a splash in the kiddie pool.