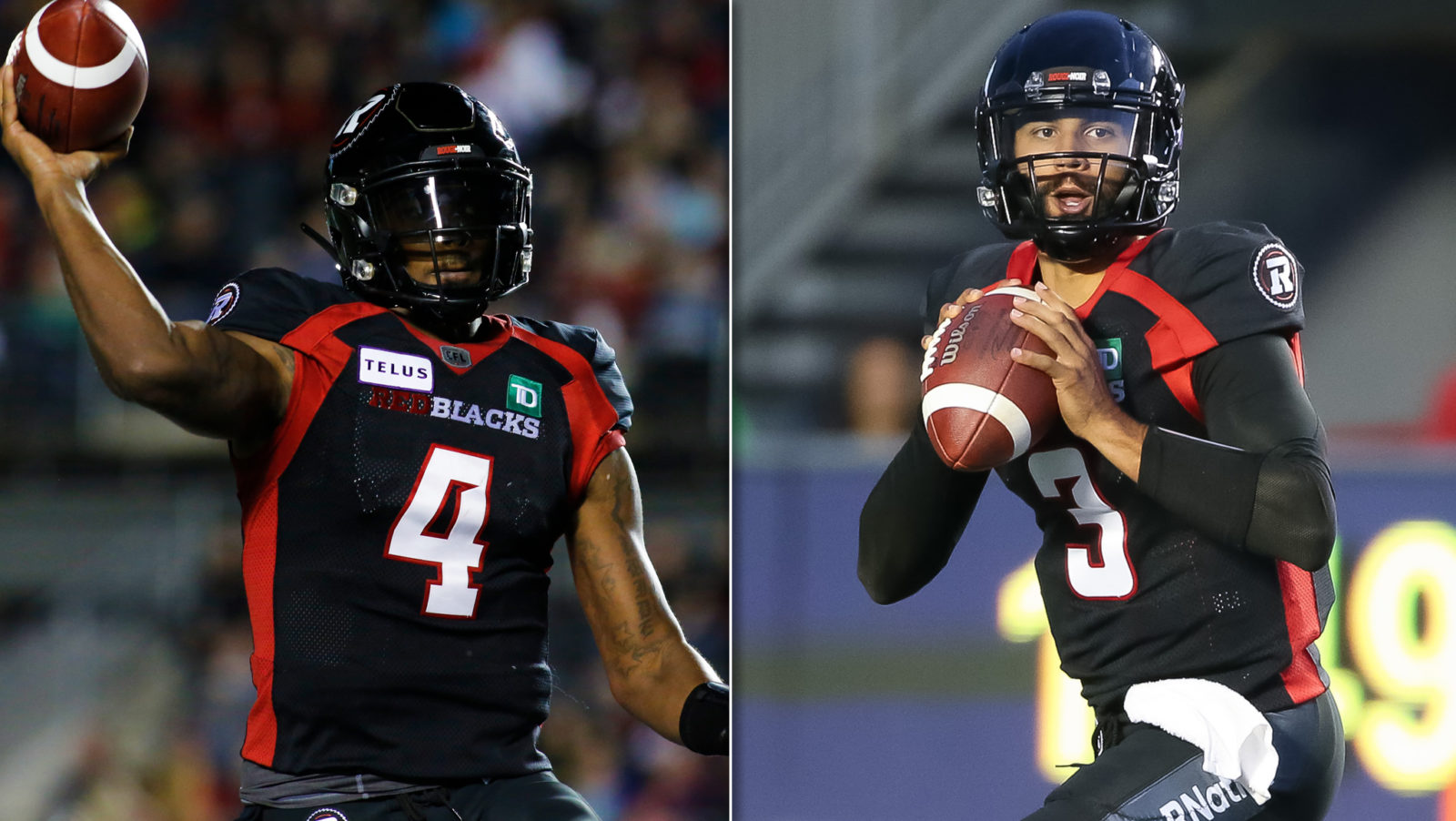 OTTAWA — When the Ottawa REDBLACKS take on the Edmonton Eskimos this week, they’ll be doing so without a No. 1 quarterback.

Pivots Jonathon Jennings and Dominique Davis will split snaps on Saturday, according to the Ottawa Sun’s Tim Baines.

QBs Dominique Davis and Jonathon Jennings will split time for #Redblacks this week vs. #Eskimos #CFL

Davis opened the season as the starter, being trusted as the man under centre for the first four games of the campaign. Over eight games this season, he has put up 1,846 yards and five touchdowns while throwing 14 interceptions.

Jennings has been the starter as of late for the red and black. The 27-year-old has completed 63 percent of his passes for 1,096 yards, three touchdowns, and seven picks.

The REDBLACKS will welcome the Edmonton Eskimos to TD Place on Saturday for their Week 16 showdown. The inter-divisional rivals kick-off at 4:00 p.m. ET.