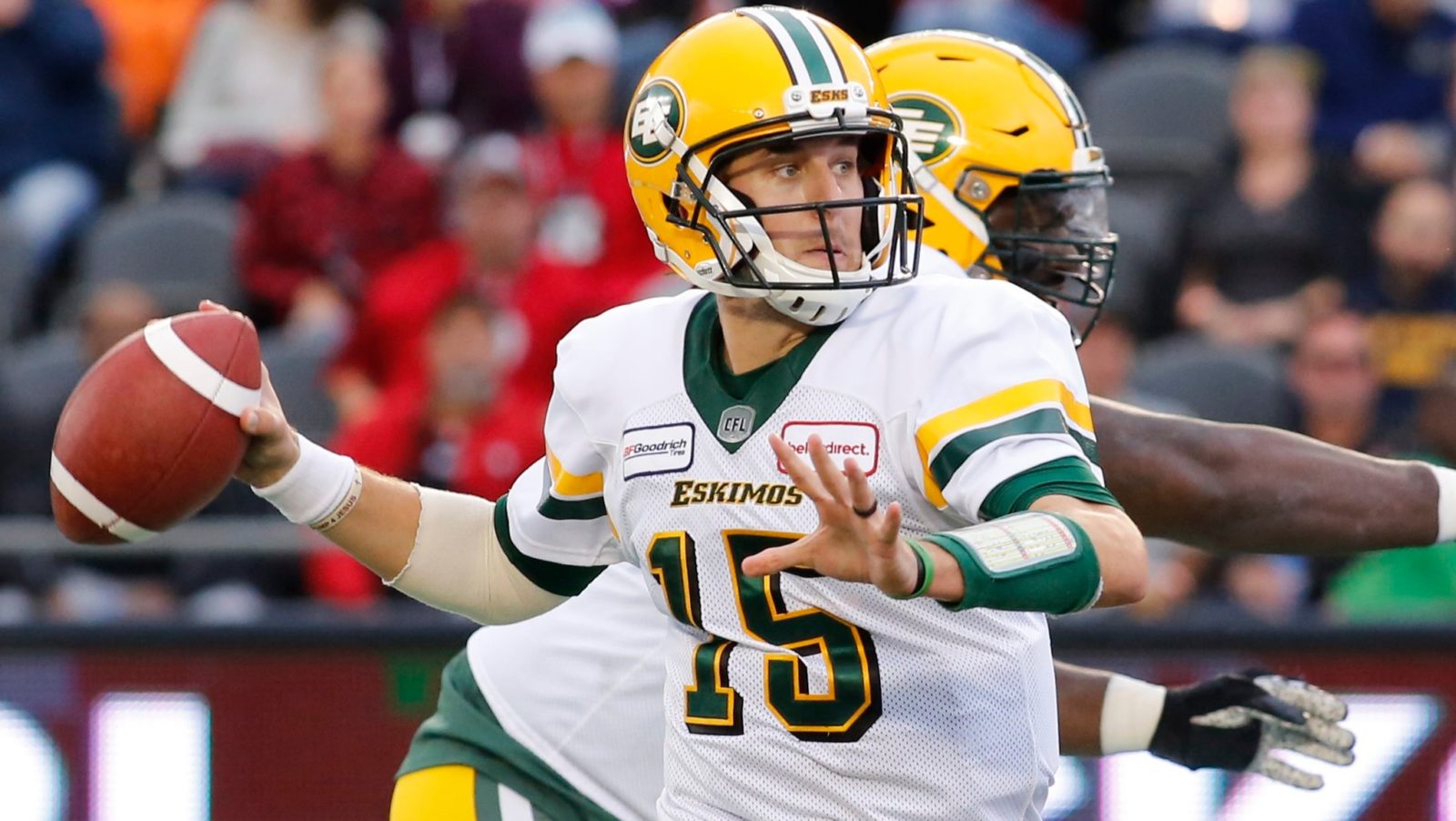 OTTAWA — With starting quarterback Trevor Harris sidelined on the 6-game injured list, the Edmonton Eskimos needed a strong performance from backup Logan Kilgore in order to end their four-game losing skid in Week 16. Kilgore came through when it mattered most, as the 29-year-old quarterback led the Esks past the Ottawa REDBLACKS with a late fourth quarter touchdown drive to win the game.

Getting back in the win column was a big step in the right direction for the Esks, as they improved their chances of earning a crossover playoff spot with their seventh victory of the season.

“It’s a huge win for us,” Head coach Jason Maas said. “We needed it. It’s been a long four weeks. We take it one at a time, but they still get long when you don’t win.”

Kilgore completed 68 per cent of his throws for 223 yards against Ottawa, and he also added 17 rushing yards and a goal line touchdown on five carries. Kilgore’s 51-yard strike to DaVaris Daniels late in the fourth quarter was his biggest throw of the game, and it led to his game-winning touchdown pass to Tevaun Smith two plays later.

While Maas said there are still aspects of Kilgore’s game that need refining, he is pleased with how his quarterback led the team when the game was on the line.

“When the play has to be made, he’s been able to do that,” Maas said. “He made a huge throw at the end there where we could have been somewhat conservative and we didn’t, we put the ball in his hands. He made an incredible throw to DaVaris to get us down into position to score, and that’s tough duty.

“There are other plays during the night that he’ll learn from, and he’ll be a better quarterback coming off of this victory.”

Daniels led Edmonton’s receiving corps with 72 yards on five catches in a tight defensive battle against Ottawa, and the receiver was quick to give his quarterback credit after the game.

“Logan’s getting more and more comfortable every week,” Daniels said. “He knows that we all believe in him. He’s got a lot of good things ahead of him, and we’re excited for it. We just want to be along for the ride.”

But Kilgore is eager to clean up some mistakes on offence. He said they are “messing up simple things” and that he is focused on improving consistency as the team battles for a playoff spot.

“It’s really about improving on what we can,” Kilgore said. “As long as we are upward trending in this season, ultimately anything can happen down the stretch.”

The Edmonton Eskimos are on the road again in Week 17 with a game against the East-leading Hamilton Tiger-Cats next Friday at 7:00 p.m. EDT.