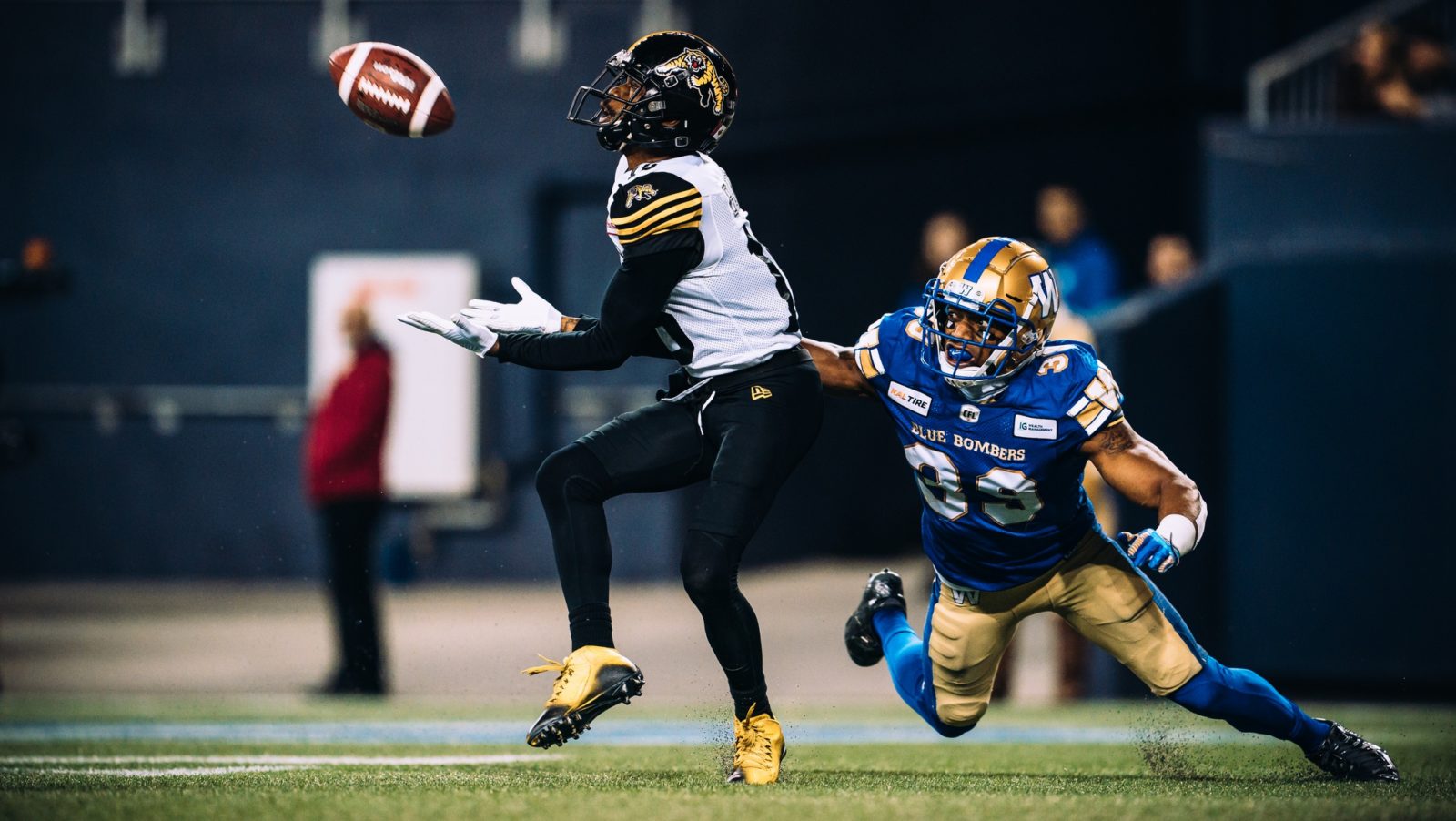 WINNIPEG — The Hamilton Tiger-Cats became the first team to reach 11 wins this season after their 33-13 road win over the West-leading Winnipeg Blue Bombers in Week 16. While Hamilton’s defence came up big by holding the Bombers to just one touchdown, it was the performance of the offence that set the tone early on with three first-half touchdowns.

Dane Evans threw for 359 yards and three touchdowns while completing 25 of 32 passes against Winnipeg. The 25-year-old quarterback has now gone over 300 yards passing in five of the last six games. Evans said after the win that he is growing more comfortable as the season progresses.

The dynamic receiving duo of Brandon Banks and Bralon Addison continued their impressive play by combining for 203 receiving yards and two touchdowns against the Bombers. Both receivers have now gone over 1,000 yards on the season.

“Both those guys are great dudes too,” Evans said of his top two receivers. “And to see them out there just running around playing ball like they are little kids just having fun, it’s awesome. As a quarterback, I’m just trying to be the point guard and get them their touches. And I got the best seat in the house to see what they can do with the ball.”

Running back Tyrell Sutton made his debut with the Ticats and scored an eight-yard receiving touchdown to seal the victory in the fourth quarter. But Hamilton couldn’t get things going in the run game against Winnipeg, as they only managed to gain 56 yards on 18 carries.

“There’s some things we definitely need to clean up in the run game,” Head coach Orlondo Steinauer said after the win. “It’s not where we want to be. But they took care of the football, and there was a couple of tough runs in there where we needed it and we needed to keep the clock grinding. There’s a lot of work to do, but again it’s about winning.”

The Ticats’ defence matched the offence every step of the way. Justin Tuggle and Jumal Rolle both recorded interceptions against the Bombers, and the defence finished with five sacks while forcing seven punts. Simoni Lawrence set a CFL record with 17 tackles, beating Reggie Hunt’s previous record of 16.

“It’s an individual goal, but it all goes to my teammates. All eleven other guys on the field,” Lawrence said.

The Hamilton Tiger-Cats get their next test in Week 17 when they host the Edmonton Eskimos next Friday at 7:00 p.m. EDT.