TORONTO — The Canadian Football League is introducing a new award to recognize highly valued yet too often “unsung” employees at the club and league level.

“The annual Jane Mawby Award will celebrate professionals who work quietly, but tirelessly behind the scenes on behalf of the Canadian Football League and its member clubs,” said CFL Commissioner Randy Ambrosie.

“It will reward great work and selfless dedication. It will recognize long serving staff-members and inspire new employees. And it will honour the memory of Jane Mawby, who worked for the Calgary Stampeders for 28 years, most recently as Director of Football Administration, before she passed away in 2015.”

The award will be presented for the first time as part of the Shaw CFL Awards at Scotiabank Saddledome in Calgary on Thursday, November 21. The evening is one of the highlights of the 2019 Grey Cup Festival presented by Shaw in the lead up to the 107th Grey Cup presented by Shaw on Sunday, November 24 at Calgary’s McMahon Stadium. The award was proposed by John Hufnagel, the Stampeders’ President and General Manager, and was endorsed by the league’s Management Council, which includes representatives from every CFL team. 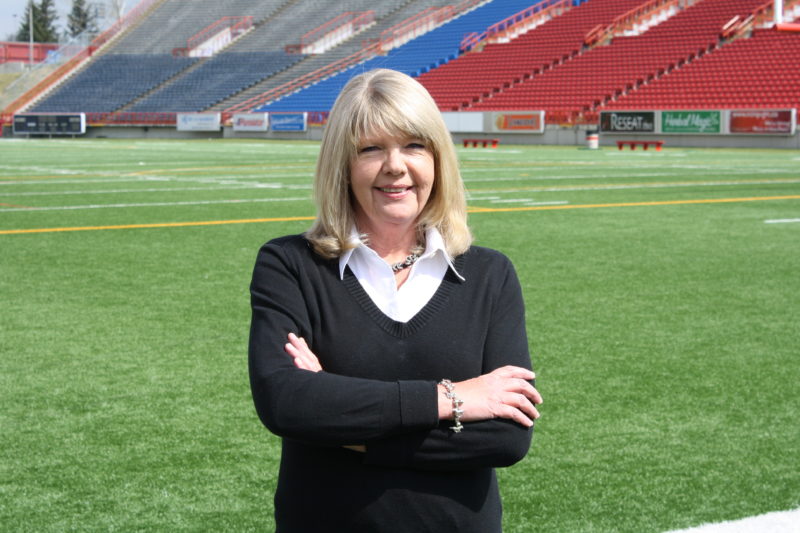 “Since John made a passionate presentation on behalf of employees in general and the legacy of Jane Mawby in particular, we have had other poignant reminders of how our clubs and our league have been well served by accomplished and loyal people, too many of whom leave us too soon,” Ambrosie added.

“We hope that, in introducing this new award, we can also take time at the Grey Cup to recognize ‘Kato’ Ken Kasuya, the legendary BC Lions equipment manager who passed away this April after more than 40 years of service to that club, and Hugh MacKay, the Saskatchewan Roughriders’ beloved manager of facilities and stadium operations, who died suddenly in August after 21 years with the Riders.

“While the work of Jane, Kato and Hugh spanned decades, and each of their careers stands on its own, they all represent a brand of service and sacrifice we see throughout the CFL, something precious that we very much want to recognize in this new way.”

All nine member clubs of the CFL and the CFL league office have been asked to nominate current employees for the award using criteria designed to identify those who quietly and consistently deliver results to make the CFL successful. All ten team and league nominees will be publicly recognized and a selection committee, made up of three team presidents, will select the recipient of the inaugural Jane Mawby Award.

The 107th Grey Cup presented by Shaw will be played on Sunday, November 24, 2019 in Calgary at McMahon Stadium, and broadcast across Canada on TSN – the country’s most-watched specialty network. This year’s championship will mark the fifth time Calgary has hosted the game and the first since the 97th Grey Cup in 2009. A limited number of tickets are still available at Ticketmaster.ca/GreyCup.