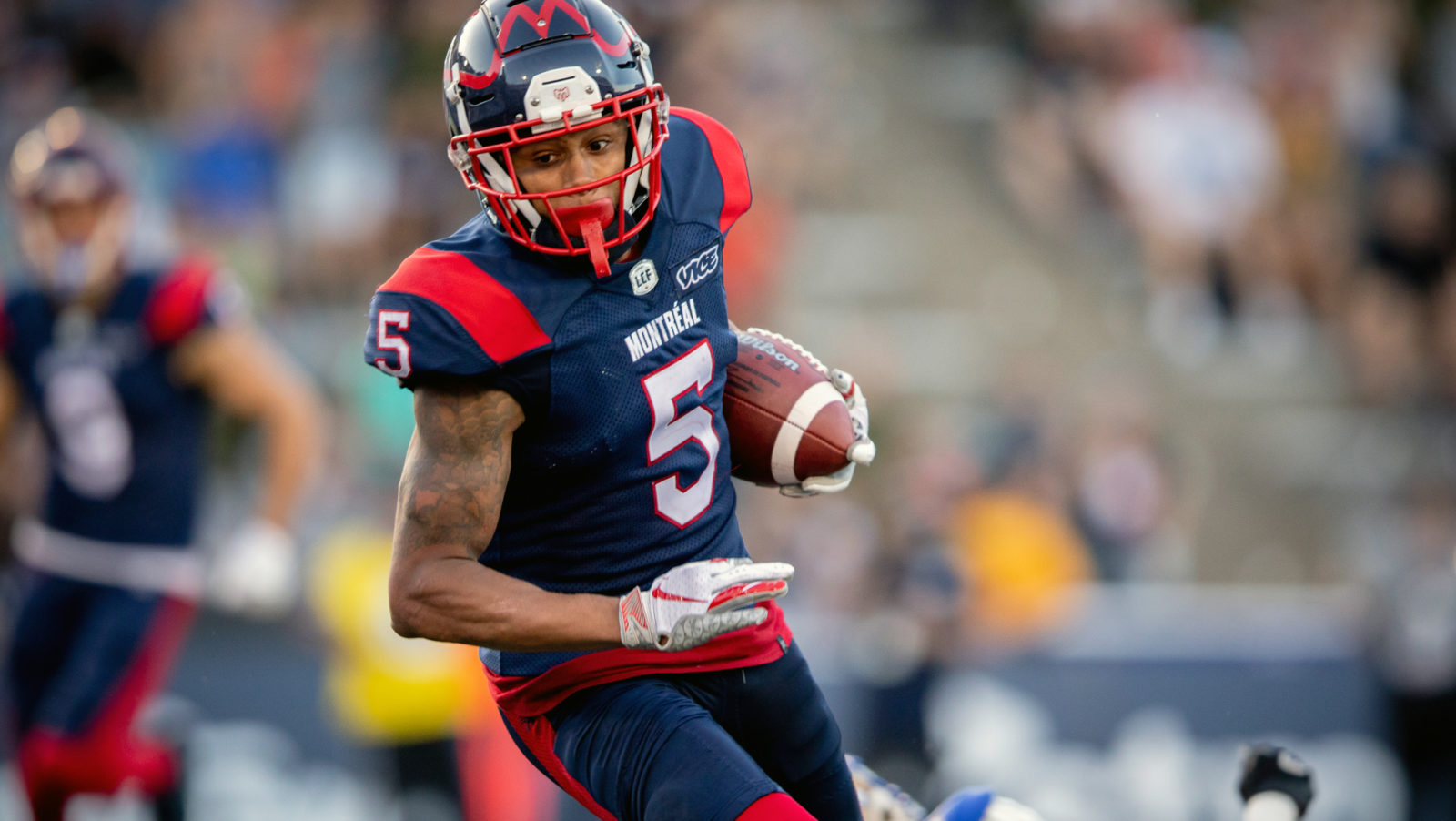 Berg vs. Ferg is back for 2019 as columnists Pat Steinberg and Marshall Ferguson debate over some of the league’s most contentious storylines. This week’s question: What is the perfect 2019 playoff matchup?

TORONTO — As teams start booking their ticket to the post-season, it’s time to start looking ahead to potential playoff matchups come November.

Many are already envisioning a Hamilton vs. Montreal matchup in the Eastern Final, which would pit Vernon Adams Jr. against Dane Evans as two of the most exciting up-and-coming pivots in the game. The Ticats and Alouettes boast two of the CFL’s top four offences, as Khari Jones leads a young and inspired Alouette attack.

In the West, the intrigue of a Winnipeg vs. Saskatchewan duel — which has already happened three times this season — is hard to ignore. On Wednesday the Bombers added some possible fuel to the fire when they acquired former Riders pivot Zach Collaros from Toronto.

Calgary, Edmonton and BC are also in the mix, while the REDBLACKS look to keep their playoff aspirations afloat this weekend vs. the Argos.

With eight of nine teams still in contention, what’s the ideal playoff matchup? Steinberg and Ferguson debate in the latest Berg vs. Ferg.

‘Tis the season to start dreaming about playoff matchups and what they could look like. For me this is extra fun because I spend so much time tracking quarterback play and watching every snap of every game, many of which have little to no impact on the big picture.

This often leaves me day dreaming about what playoff football could look or feel like and the matchups I’d love to see.

For me in 2019 the most off the wall story has been Montreal’s ability to finish second in the East when many – including myself – wrote them off in the pre-season. With a combination of fast and physical defence, a sound running game and a sporadic-but-playmaking quarterback, the Alouettes have been able to find a viable format which enters them to the dance.

In Hamilton the loss of Jeremiah Masoli was answered by the emergence of Dane Evans as Hamilton’s lead man. Evans has 300-plus yards in four of his last five games and appears to improve each time out. With his regular season all but wrapped up depending on how the Ticats handle the stretch run, Evans’ next truly meaningful snaps could come in the Eastern Final against that Alouettes defence, in a ‘blackout’ at Tim Hortons Field, against the quarterback he made disposable in 2018 training camp when Adams Jr. was a Tiger-Cat.

Adding more fuel to the fire is the fact that Hamilton and Montreal have not played since Week 4 when the Als answered the bell after a bad road loss in Week 3 to run with William Stanback.

Can Montreal duplicate Week 4 success? Was it a fluke? Will the dialed in accuracy of Evans or the circus of Adams Jr. own the day for a chance to play in the Grey Cup?

I can’t wait to find out.

Whether it’s the first or second week of the 2019 West Division playoffs, there’s a good chance we’ll see the Saskatchewan Roughriders and Winnipeg Blue Bombers meet for a fourth and final time this season. Combining the longstanding rivalry between the two teams, the current circumstances of both squads, and the three prior meetings this season, it’s tough to choose a better playoff matchup this season.

We’ve seen a little bit of everything in the three meetings between these two arch rivals this year. The Riders took the first half of the Labour Day home-and-home in a back and forth contest. Six days later, the Bombers exacted a little revenge by rolling up Saskatchewan by a 35-10 score. Finally, just under a month later, it was the Roughriders getting the last regular season laugh in an impressive 21-6 win in Week 17. Knowing how varied this season series has been, it’s hard to know exactly what to expect if these two were to meet in a playoff game.

Then consider the situations of both teams right now. Heading into this weekend’s action, Winnipeg is 2-4 with Chris Streveler at quarterback following Matt Nichols’s season-ending injury. Do the Bombers fully trust Streveler heading into the post-season? Or are they willing to make a late season change and give the ball to newly acquired Zach Collaros? Those questions remain unanswered currently.

Saskatchewan has no uncertainty at quarterback right now. Cody Fajardo got his chance to take the starting job and he has emphatically declared he’s not going anywhere. But what does Fajardo look like in an emotionally charged playoff game against an arch rival? We haven’t seen that in a playoff game, which makes any potential post-season matchup intriguing.

More than anything, a game between the Bombers and the Ridres in the playoffs would just be a good spectacle. Both teams are very good this year, and both groups of fans are feeling good about what could happen in the post-season. Regardless of who hosts, you know fans from both teams will be in the house. It’s not a guarantee, but there’s a good chance we’ll see Winnipeg and Saskatchewan for a fourth time in a few weeks’ time. I say sign me up.