U SPORTS Recap: It got weird in Week 8 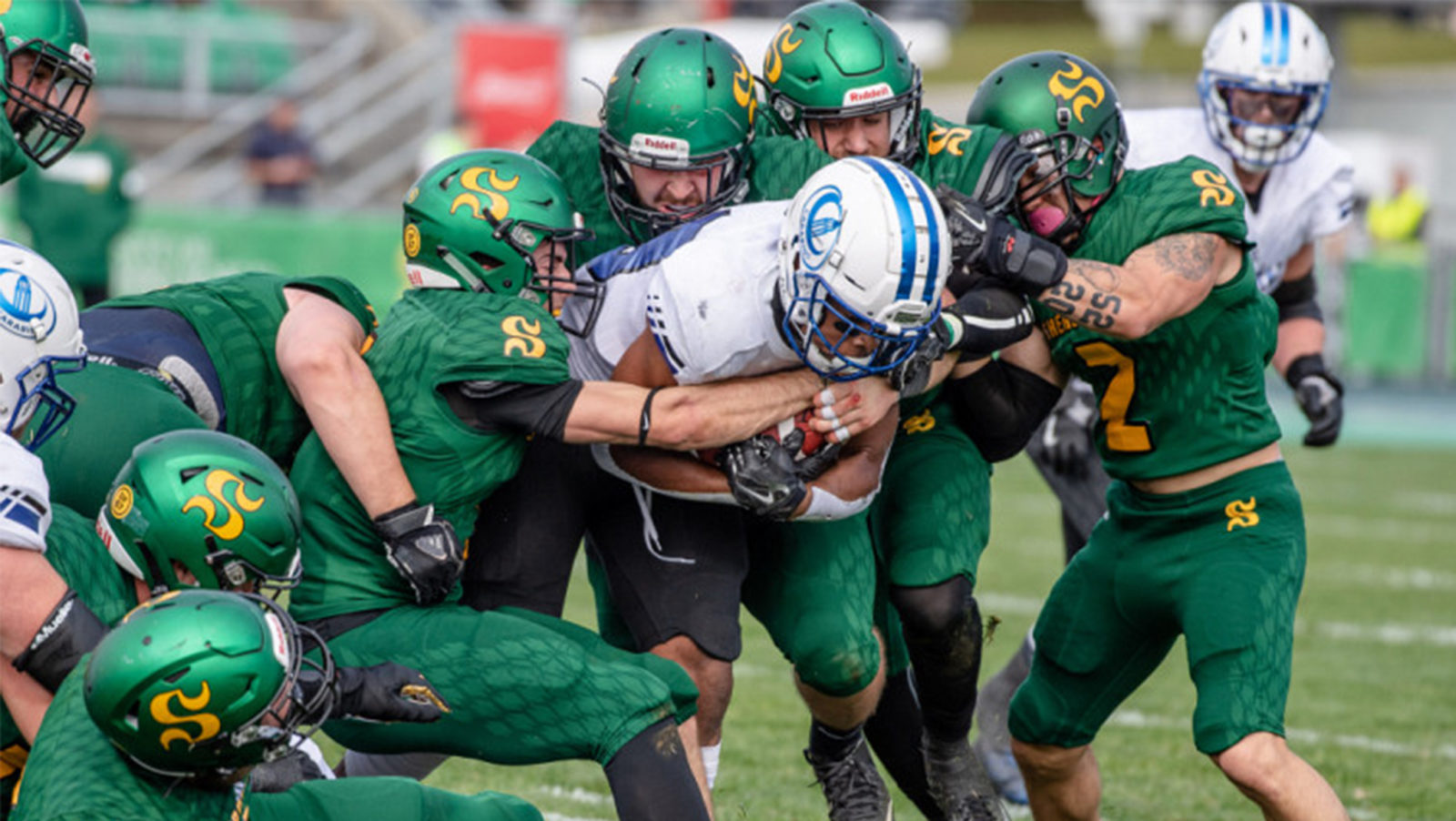 U SPORTS Recap: It got weird in Week 8

Remember that Saturday Night Live skit with Bill Hader from a few years ago?

“This club has everything,” he’d proclaim, before listing off a variety of obscenely funny and unrelated things.

Week 8 of the university football season was basically the U SPORTS equivalent of that: The Bishop’s Gaiters have one foot in the playoffs for the first time in six years, while all three #UniversityBlitz favourites (McMaster, Toronto and Montreal) were defeated in upsets.

The wild results started on Thursday night, as Laurier and Waterloo played to a 53-50 triple-OT thriller that left everyone in awe.

The Battle of Waterloo also featured a marriage proposal, with Warriors QB AJ Stewart dropping to a knee and popping the question.

The wildin’ continued Friday afternoon, as Carleton stunned No. 7 McMaster on the Ravens’ senior day in a game that saw two Ticats teammates share some friendly chirps.

Friday night’s Red & Blue Bowl pitted Toronto’s two football-playing schools, U. of T. and York, against each other in a contest many had pegged as a Varsity Blues blowout.

Previously-winless York stunned the Blues, 34-14, and claimed the Argo Bowl.

Bishop’s downed Saint Mary’s on home turf Friday night to inch closer to the program’s first playoff berth since 2013; Cherif Nicolas and his staff have done an incredible job this year, and the Gaiters’ magic number is now one — a win, or a Mt. Allison loss — to clinch a playoff spot in the AUS.

Saturday saw perhaps the biggest surprise of all, as the RSEQ-leading Montreal Carabins fell 23-15 to then-last place Sherbrooke.

It was a stunning victory for the Vert & Or, who propelled themselves back into a playoff spot for the time being and opened the door for a potential first-place finish for Laval in the process.

By the way: Montreal visits Quebec City to face the Rouge et Or next Sunday. For first place. Buckle up!