The Weekly Say: Could the Ticats stack up to the ’09 Als? 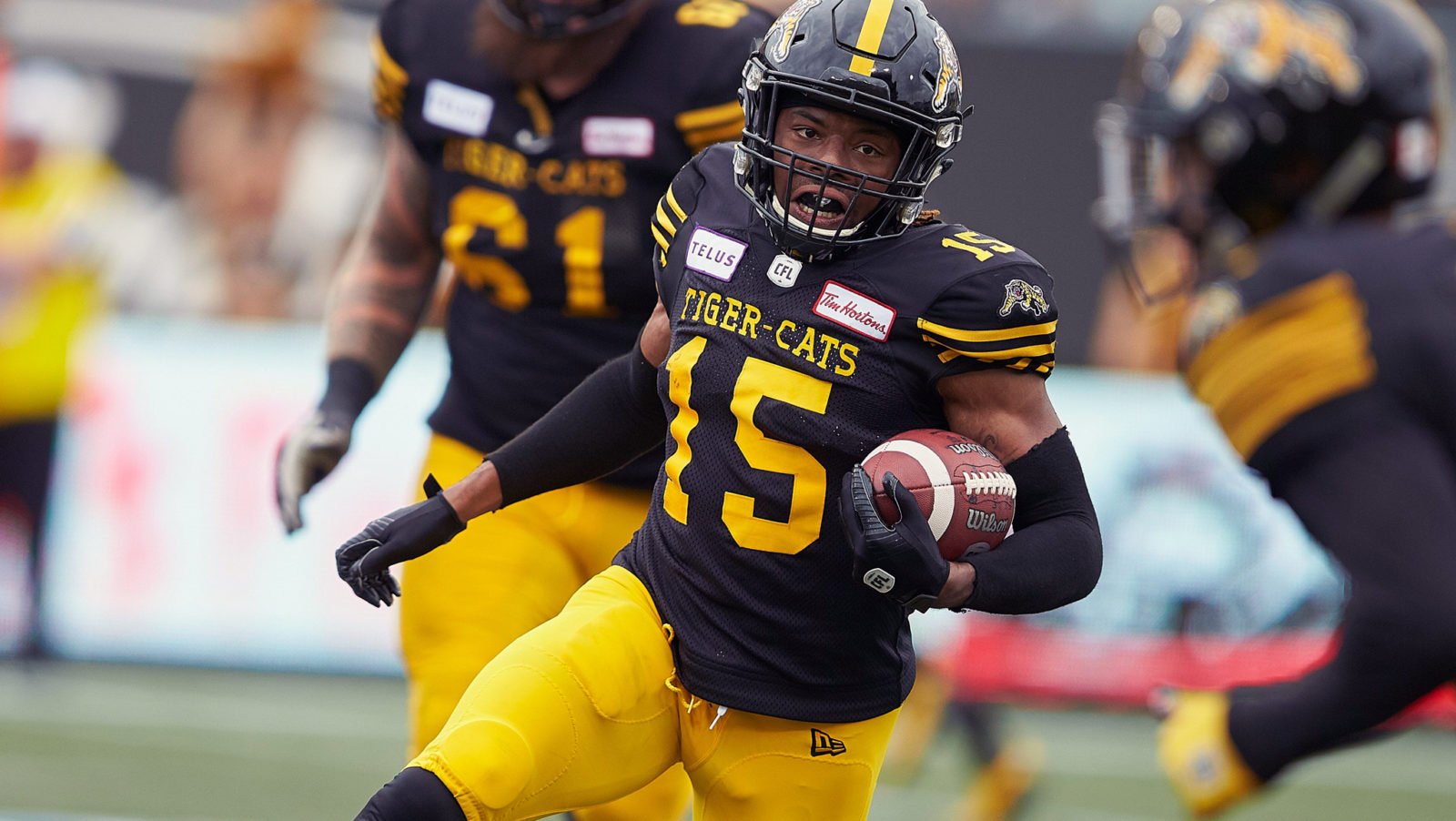 The Weekly Say: Could the Ticats stack up to the ’09 Als?

TORONTO — With win No. 13 in their sights, the Hamilton Tiger-Cats are the best team the East Division has had in 10 years.

The East has certainly had its struggles over the last decade, with the division winners combining for a 93-68-1 record since 2010, a modest success rate of just .578. Meanwhile, three of the last five East Division winners have failed to compile a record better than .500.

Closing out the season with wins over Ottawa, Montreal and Toronto would allow the Ticats to equal the 15-3 record of the last truly dominant team in the CFL East — the 2009 Montreal Alouettes. But do the Tabbies belong in the same discussion as the ’09 Als?

That season the Alouettes nearly doubled their opposition, racking up an astonishing 600 points with just 324 points against. Led by Marc Trestman and Anthony Calvillo, they would post the best record since the 1997 Argos, eventually going on to win the Grey Cup over the Saskatchewan Roughriders.

Though they won’t score 600 points, there’s a lot to like about the 2019 Ticats. Despite significant injuries at quarterback, running back and on defence, they’ve still scored the most points in the league (30.6 per game) and allowed the fewest (19.2). They’re also top three in the league in sacks and turnovers forced, while the offence boasts two of the CFL’s top four receiving yards leaders.

How do the Ticats stack up to one of this era’s most dominant teams? More in the Weekly Say.

Are this year’s Ticats in the same company as the 2009 Montreal Alouettes?

Chris O’Leary: I struggle with comparisons like these, but I do think it’s interesting when you put these teams next to each other. The 2009 Als basically demolished everyone all that year but needed the 13th man to get them a second shot at a game-winning field goal. The 2019 Ticats feel like the opposite. They’ve put together the best record in the league and spent most of the year having people underestimate them (I think that’s changed in the last month). A Grey Cup win would put this team in a class of its own.

Marshall Ferguson: Dominant at home with a great passing attack and aggressive defence? Absolutely. Dane Evans will never reach Calvillo lore – nobody will – but there are parallels.

Matthew Cauz: Not even close. This is nothing against Hamilton who is clearly the best team in the league, but that ’09 Alouettes team was a beast. Anthony Calvillo’s numbers were ridiculous and Avon Cobourne is a better running back than anyone on the Ticats’ roster. The seventh best receiver was a very young SJ Green!

Jamie Nye: Record wise, sure. But there are a couple of current or future hall of famers on that Alouettes team and you just have to look at QB. Anthony Calvillo and Dane Evans. This isn’t a contest. The Alouettes had a little bit stiffer competition in their division that year. All that matters, however, is the end. If the Tiger-Cats win the Grey Cup, they can then say they’re in the same company as the ’09 Als.

Jim Morris: Losing their quarterback early certainly was a blow to the Tiger-Cats but they also played in a season with bad teams in Toronto, Ottawa and BC. That ’09 Als team also had Anthony Calvillo at quarterback, Avon Cobourne at running back, Ben Cahoon and S. J. Green at receiver and defensive players like Keron Williams and Chip Cox. The biggest thing about the Montreal team is it won the Grey Cup on the famous 13th man call against Saskatchewan. If the Tiger-Cats don’t win the Grey Cup, their regular-season record won’t really matter.

Fan Poll
Are the Ticats in the same company as the '09 Alouettes?
Yes
Vote
No
Vote
Submit View Poll Results

Should the Argos start Canadian QB Michael O’Connor this season? 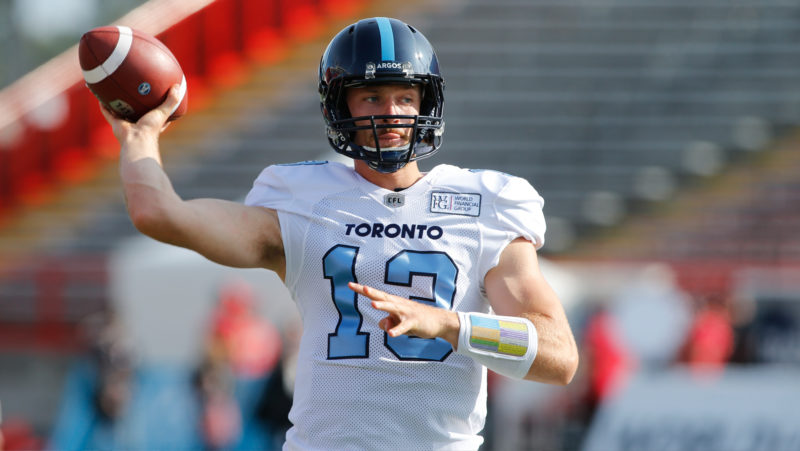 Cauz: As someone who is dying to see a Canadian make a real and consistent impact at the quarterback position, I say yes a thousand times over.

Nye: If he’s ready to play, why not? Certainly the Argos can come up with a game plan and series of plays to make O’Connor comfortable. When they play Ottawa again next week, I’d give Dakota Prukop and Michael O’Connor a lot of reps.

Morris: Not unless he has shown in practice he deserves to start. Decisions should be made on skill and not a passport.

O’Leary: They should definitely play him. Starting him might be too much for him, since he hasn’t been on the field since the Argos’ preseason in June. Give him a taste of in-game action this year but think long-term with him.

What should be off-season priority No.1 for Lions GM Ed Hervey? 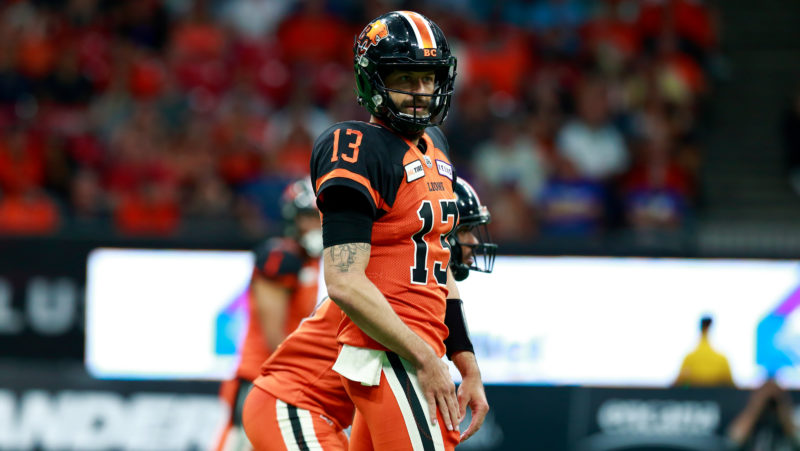 The Lions learned this week that Mike Reilly will miss the rest of the 2019 season (BCLions.com)

Morris: A lot of things need fixing with the Lions. BC finally got the offensive line sorted out but the defence still needs improving. They also need to finish drives. BC was second in the league in time of possession but sixth in points scored. Hervey might also get rid of Duron Carter in favour of a better receiver and team player.

O’Leary: A lot of fixes will be made but I wonder if the Lions will reconsider their stance on linebackers. We’ve watched two young guys that hit as hard as anyone in the league — Micah Awe and Bo Lokombo — have an impact this season after leaving the Lions. Maybe it’s a position that the team will be willing to spend more at in free agency in February.

Nye: Offensive and defensive lines. They didn’t get enough pressure on opposing quarterbacks and allowed too much on their own. As the O-line play improved so to did the team and wins came. You win games when you own the line of scrimmage and the Lions lost a lot of games up front this season.