No one is having more fun than the Alouettes

No one is having more fun than the Alouettes

MONTREAL — If you follow any of the Montreal Alouettes players on Instagram, you know exactly what Club 514 is.

You’ve seen the videos in their IG stories. William Stanback break dancing. Henoc Muamba laughing in the background while hyping up his teammates. Jeremiah Johnson showing everyone up with his dancing skills.

The bright lights in the locker room turn off and strobe lights come on. The smoke machine gets cranked and the music is bumping. There are glow sticks, everywhere. There’s also a VIP section. And on Thursday they even had someone on a mic. 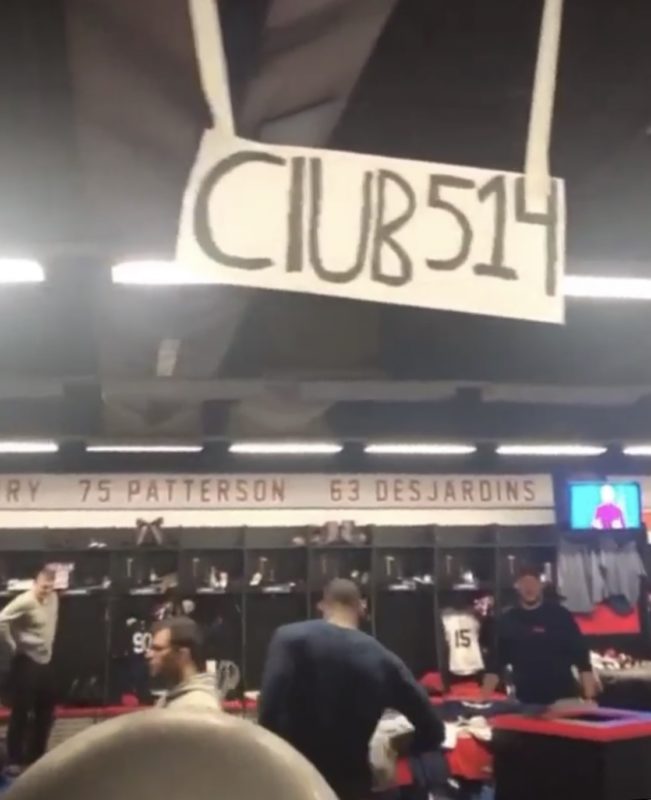 They’ve dubbed the dance party Club 514. Every walkthrough day, after the team’s meetings are finished, everyone flocks to the dressing room to have some fun.

The mastermind behind the entire thing is kicker Boris Bede, according to Muamba.

Team meetings start with special teams and then things break off to offence and defence, leaving the special teamers with some time on their hands.

“Every team I’ve ever been a part of, the special teams guys, the punters specifically, they always have extra time,” Muamba said.

“There’s an hour and a half where special teams guys have so much time,” Muamba continued. “They have so much time to think about doing something crazy. I’ve been on other teams where punters try and pull pranks on other guys. ”

Every week there is a theme for the music. It was country night two weeks ago when the Alouettes hosted the Stampeders. This week was one hit wonders.

“We look forward to it,” smiled Muamba. “As a defence, when we finish (our meetings) we run into the locker room like, ‘what’s it going to look like today? What’s the theme today?’ And they usually have a theme as far as what kinds of songs they’re going to play.”

Along with Club 514, the Alouettes also have hat day on walkthrough day. 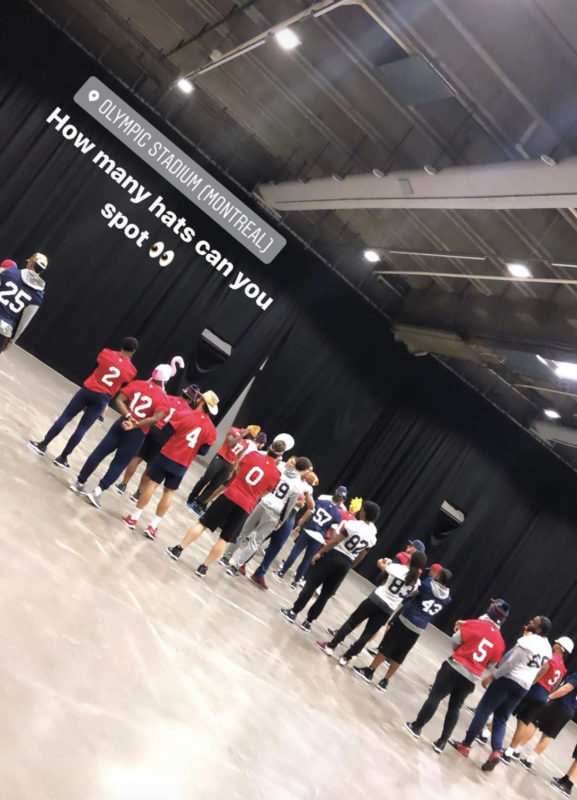 Spotted on Thursday was a taco hat, a pink flamingo hat and a football, just to name a few.

“We’ve just got a bunch of silly hats,” said the Als middle linebacker. “Guys just keep bringing in sillier and sillier hats. It’s getting pretty ridiculous. But we love it.

“Today’s our loose, fun day. We still want to be focused but just be relaxed and focus on the things we need to focus on.”