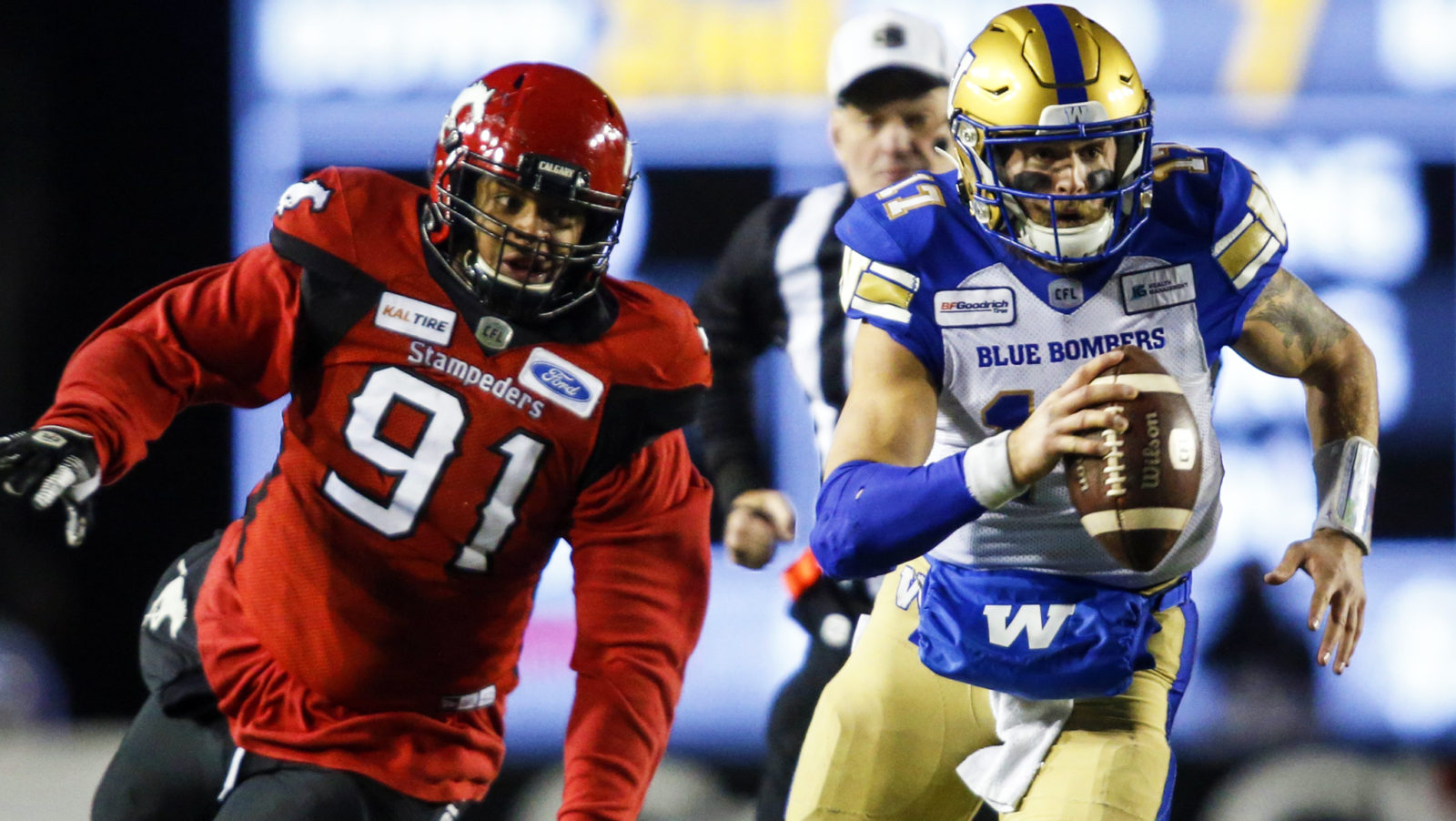 Hello, Mike Filer. You gave out a lot of hugs on the sideline on Saturday, as the seconds were ticking down on Hamilton’s franchise record-setting 13th win of the season. I mean, a lot of hugs.

Did you get to everyone? Did you stop at just teammates? Get the coaches? Ushers? Parking lot attendant? Is the hug-fest still going on even now? Grocery store clerk? Gas station attendant?

1. HEY KEANU, HAVE WE GOT AN IDEA FOR YOU

Burnham’s latest wizardry came on Friday night, in B.C.’s loss to Saskatchewan. His one-handed, near-touchdown – with his toe just an inch or so out of bounds when he came down – might be the best single-play performance he’s ever shown us, and he has shown us some incredible beauties. Then, another one-handed grab, through the two arms of Roughriders’ defender Elie Bouka, for one that counted.

Worried that the latest installment of “The Matrix,” in development now, might not live up to the dazzling special effects of the previously released trilogy? Then send a Bryan Burnham highlights package to Keanu Reeves. He’s certain to pause it half way through, pick up his phone, dial-up Warner Brothers, and say “I’ve got some great ideas.”

BONUS TAKEAWAY: Solomon Elimimian is in command now. Just shut up and follow him.

2. YOU CAN STOP HIM AFTER ALL

If not totally stop him, you can at least slow Willie Jefferson down a bunch.

Whether he lined up at left end or right, and even when the Bombers put him inside the tackles in order to try and spring him someway, somehow, the Stamps had an answer. And I’m guessing that answer was partly scheming but a whole hell of a lot of inexhaustive brute force.

Jefferson was kept at bay most of the game, though he did force Bo Levi Mitchell to dodge him during the fourth quarter on one rush. But even that pressure came after about four or five steamboats of pocket time.

Say their names, because they deserve the spotlight: Derek Dennis, Shane Bergman, Ucambre Williams, Ryan Sceviour and Nila Kasitati – backed up by Justin Lawrence – did a remarkable job along Calgary’s O-line on Saturday night, keeping Jefferson completely off the stats sheet, something that rarely happens.

3. HE’S EVEN TOUGHER THAN WE THOUGHT

It’s not a revelation to point out that Streveler is one tough son of a gun. Facts are already in evidence on that one.

But… did we know he was THAT tough?

Worried that the latest installment of “John Wick,” in development now, might not live up to the never-say-die toughness of the previously released trilogy? Then send a Chris Streveler highlights package to Keanu Reeves. He’s certain to pause it halfway through, pick up his phone, dial-up Lionsgate, and say “I’ve got some great ideas.”

4. YAY! YOU DODGED THE LEFT HOOK. BUT HERE COMES THE RIGHT

The Montreal Alouettes are heading to the playoffs with a deadly combination in their backfield.

William Stanback and Jeremiah Johnson are revving up as the temperature drops and that kind of one-two punch will make them a real handful to deal with.

Independently, you might look at their rushing yardage against the Argos and give a “meh” kind of shrug.

Add them up, however, and you get something a little more impressive and then when you fold in things like a 45-yard screen pass touchdown (42 yards after the catch) you see both the trees and the forest here.

Stanback is generally seen as the more powerful of the two, but Johnson has consistently shown a determined streak throughout his career as well. And if you were to say that Johnson’s knack for sharp cuts and acceleration are his key attributes, can you not say that Stanback has also displayed those same qualities too?

What the Als seem to have right now are two gifted, similar and successful running backs.

Pull one of them out and the other easily snaps right into place. Presto.

Say, that reminds me.

Worried that the latest installment of “Bill & Ted’s Excellent Adventure,” in development now, might not live up to the partying-on awesomeness of the previously released films? Then send a William Stanback/Jeremiah Johnson highlights package to Keanu Reeves. He’s certain to pause it halfway through, pick up his phone, dial-up Orion Pictures, and say “I’ve got some great ideas.”

5. IT WAS WORTHWHILE STARTING CHANDLER

Chandler Worthy has knocked around the Toronto Argonauts’ practice roster for almost three seasons now, seeing spot duty here and there and even being released at the beginning of 2018, before being brought back last October.

In this washout of an Argos season, Worthy was given what you’d have to expect was really a last-chance opportunity on Friday night, taking the place of star receiver Derel Walker in the Toronto lineup.

Nine catches later – two of them of the spectacular variety, with a third phenomenal reception nearly added — the speedster made good on his audition, with a touchdown and 93 yards in total.

Maybe I read a bit too much into this, but Worthy is all of 5-foot-8, and the new general manager of the Argos – Michael Clemons – was listed at 5-foot-6 (maybe 5-foot-7) when he was racking up the all-purpose yards.

I’d suppose that Clemons couldn’t care less how tall a player is and because of that, Chandler Worthy couldn’t have picked a better time to shine, as the Argos finish 2019 with an eye on 2020.

BONUS TAKEAWAY: Looks like someone told McLeod Bethel-Thompson to add leading with words to leading by example.

AND FINALLY… We’re all guilty of under-appreciating Brandon Smith, I think. One all-star selection in his impeccable 11-season career? (By the way, that would read “impeccable 12-season career” had he not suffered a devastating knee injury that kept him out of 2009 entirely.)

His mates gave him the defensive game ball afterwards on Saturday night, and it wasn’t all because he’d just announced his upcoming retirement due to there being a chance he could be playing in his last home game. Smith had five tackles in the win and two knockdowns. The two knockdowns and two of the tackles came with less than two minutes to go and Calgary’s defence trying to put away the stubborn Blue Bombers.