U SPORTS: Waterloo hammers Ottawa, Mt. A sneaks in 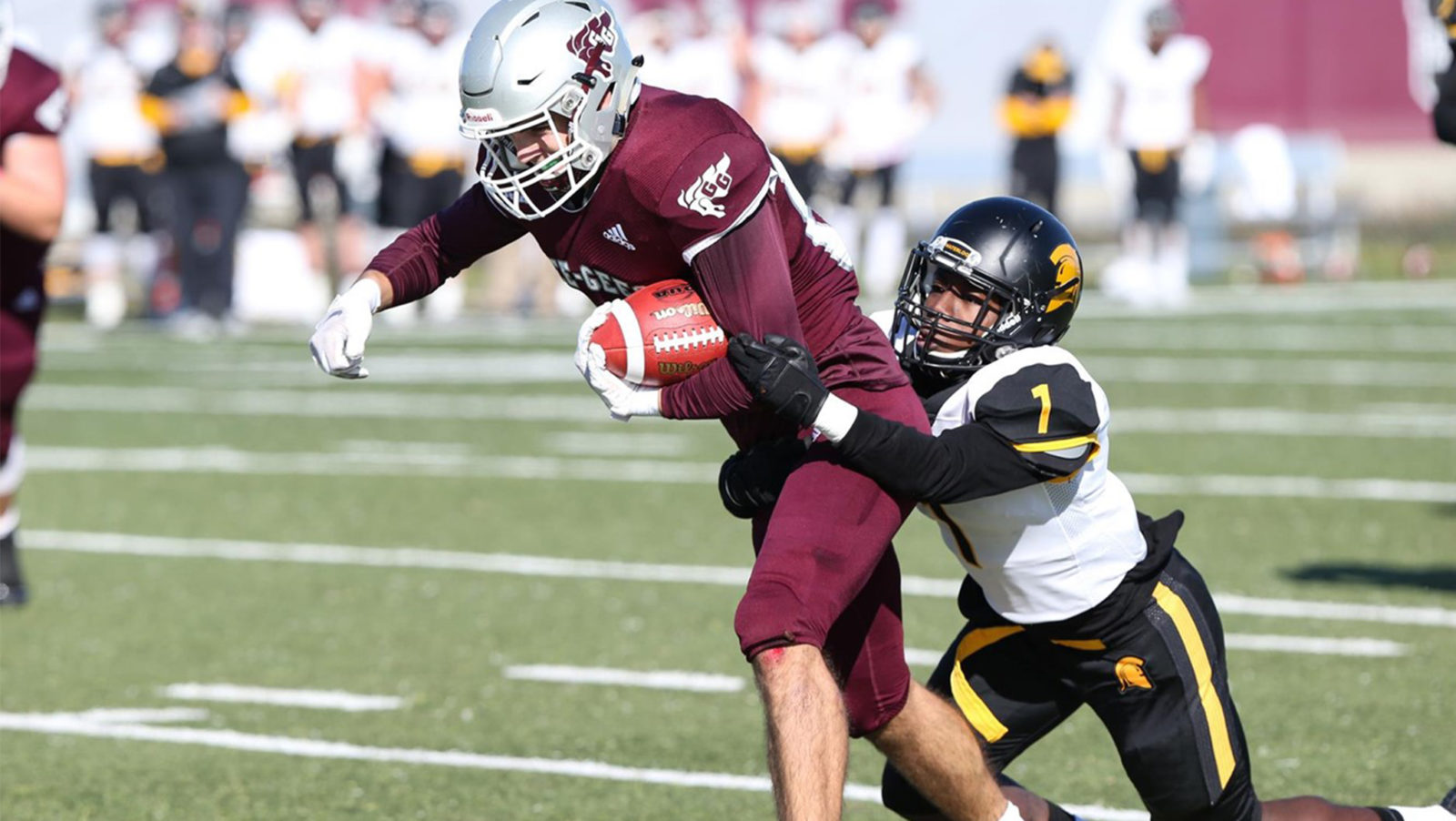 U SPORTS: Waterloo hammers Ottawa, Mt. A sneaks in

It’s official: The 2019 U SPORTS regular season is firmly behind us.

Playoff matchups are set in stone, with two quarter-finals already played last week in Ontario. Powerhouses like Laval, Western and Calgary will all open up their respective post-season quests for the Vanier Cup at home, while underdogs like McGill and Waterloo aim to engineer upsets.

Waterloo is still a definite ‘dog for its semi-final trip to Western (8-0) this week, but QB Tre Ford is elite and the Warriors annihilated Ottawa 44-21 in their quarter-final last week. Also on the road, also against a higher-ranked team.

Wait what? Who has the ball… Tre does! What a ball fake!@UWWarriorsFB lead @uOttawaGeeGees 28-13 after 3 quarters! #goblackgogold 🏈🖤💛 pic.twitter.com/tKfBBDkgiG

In Quebec, Laval (7-1) flexed its muscles with a steady 35-10 win over Sherbrooke (2-6) — the lone team to miss the RSEQ playoffs this season — to wrap up first place and critical home-field advantage.

An eye-opening result out east saw the St. FX X-Men (2-6) score a 14-4 win over Saint Mary’s (3-5) in Halifax. Running back Chase Bowden had a big day in the win for Gary Waterman’s team, which indirectly helped Mt. Allison (3-5) sneak into the post-season despite the latter’s 33-31 loss vs. conference-leading Acadia (8-0).

Congrats to Subway Player of the Game RB Chase Bowden who had 25 rushes for 153 yards in the X-Men’s 14-4 win over SMU today in their final regular season game! #SubwayFuel

The Huskies and Bears will collide again next weekend in an intriguing 2-vs-3 Hardy Cup semi-final, while the first-place Dinos will host Manitoba (4-4) at McMahon Stadium.

Who’s Hot: Acadia Axemen. Jeff Cummins’ team edged a hungry Mt. Allison squad on the road to finish 8-0 for the first time in his 15-year tenure; the Axemen are the first AUS squad since Mt. A’s 2014 team to go undefeated in a regular season. The AUS playoffs can be wild, with their unpredictable weather and unparalleled conference parity, but keep an eye on this Acadia team.

Who’s Not: Ottawa Gee-Gees. Is Waterloo QB Tre Ford virtually impossible to contain? Yes. Did uOttawa stop him? No (347 all-purpose, 4 TDs). But how did Ottawa manage just 21 points against the second-worst defence in Ontario? Jamie Barresi’s team flamed out in spectacular fashion in the quarters — as it has in three of the last four seasons.