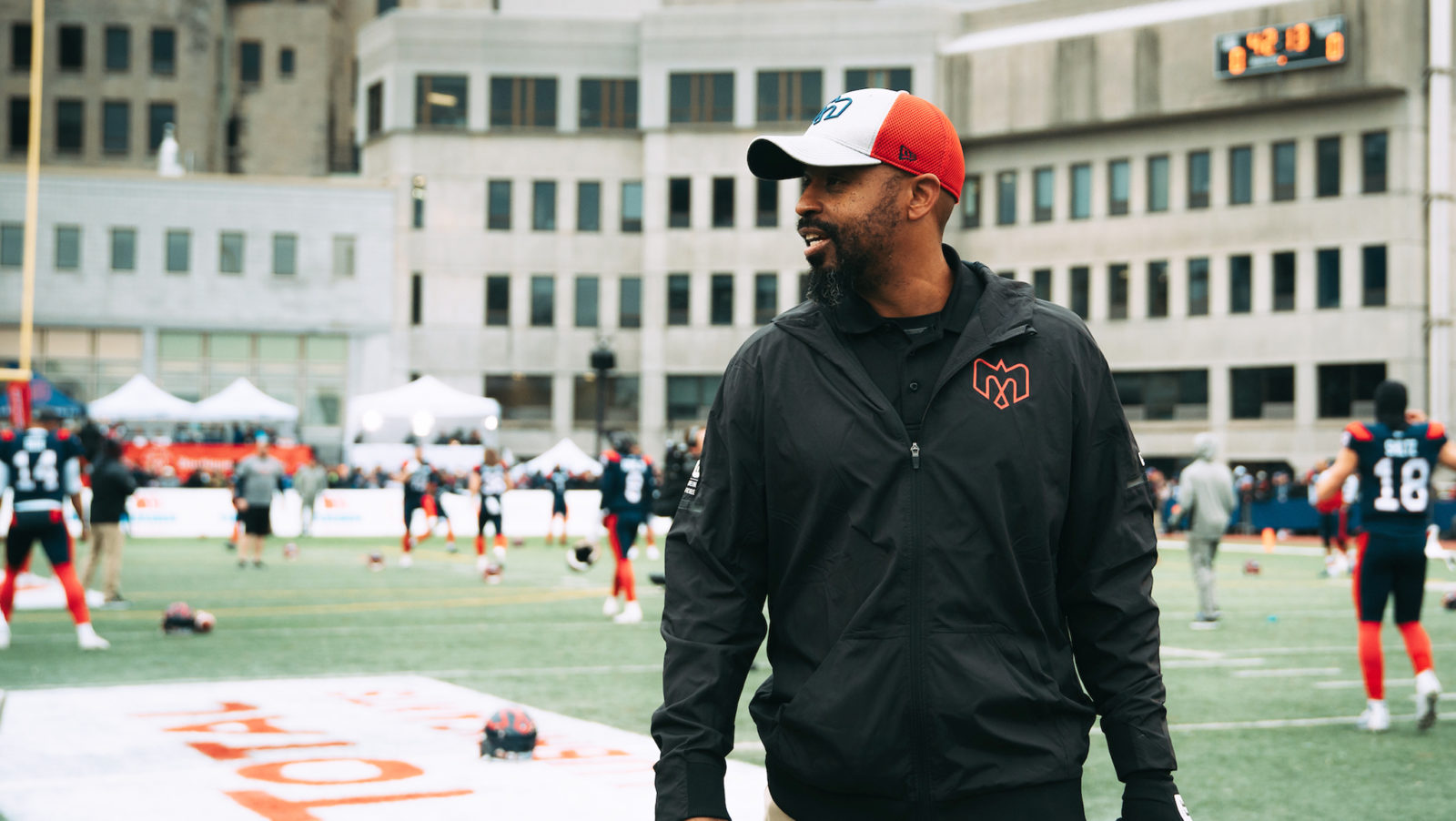 MONTREAL — While the Montreal Alouettes’ comeback attempt came up short against the Edmonton Eskimos in the Eastern Semi-Final on Sunday, the team once again showed their resilience and never-say-die attitude while also setting the tone for next season.

“This team fights,” Als head coach Khari Jones said after the playoff loss. “This team just wouldn’t give up, and that’s what I’m really proud of with this group. I think a lot of teams might have thrown in the towel, but I didn’t worry about that with this group.”

Montreal had proven throughout the season that no lead is safe when facing them. The Als recorded the biggest comeback in franchise history when they overcame a 24-point deficit to beat the Winnipeg Blue Bombers in Week 15, and they erased an 11-point deficit in the final two minutes against the Calgary Stampeders before claiming the victory in overtime in Week 10.

Vernon Adams Jr. led a late charge against Edmonton and made it a one-possession game in the fourth quarter with a 10-yard rushing touchdown, but Josh Johnson’s third interception of the game sealed the victory for the Esks in the final minute.

RELATED
» Recap: Harris too much for Als in Eastern Semi loss
» Alford’s 99-yard return makes playoff history
» Through the Lens: Photos from the Eastern Semi

“They did some good things on defence to stop us,” Jones said. “We were so used to being in that position that it felt comfortable to us to be down a little bit with not a lot of time on the clock. Throughout most of the season we’ve been able to come through with those plays when necessary; we just fell a little short.”

The Als had to overcome a red-hot start from opposing quarterback Trevor Harris, as he completed his first 22 passes to give Edmonton the lead. Mario Alford provided Montreal with a spark of momentum in the second quarter with a 99-yard kickoff return touchdown, and the team never stopped battling from there.

“I tend to think about the positives of fighting through that,” Jones said. “It took a lot because they were just rolling, and so we had to just stay in the game and battle. We got it to within a chance to win the game, which unfortunately we didn’t.”

After starting the regular season with a first-year head coach and then dealing with an injury to season-opening starting quarterback Antonio Pipkin, the Als managed to accomplish a lot this season while overcoming major obstacles.

“It was really an honour to coach these guys and see them come together like they did and fight through a lot of adversity, a lot of things that could’ve derailed us but it didn’t,” Jones said.

Adams said he is proud of everything the Als achieved this season and that excitement is building for what lies ahead.

“For us to get ten wins, get in the playoffs, I think we’re setting the foundation for the majority of the team to come back and really get things going,” Adams said.

Adams completed 14 of 27 passes for 226 yards against Edmonton while also rushing for 57 yards and a touchdown on six carries. And while the the team did not find a way to get it done this time around, Adams said he is motivated to improve as a quarterback and continue the progress he has made under Jones’ guidance.

The 26-year-old dual-threat quarterback passed for nearly 4,000 yards while also throwing 24 touchdowns and rushing for another 12 scores on the ground in his first season as a CFL starter. Adams was Montreal’s unquestioned leader this season with his ability to extend plays and generate successful comebacks in tight situations.

Jones said the playoff loss takes nothing away from everything his young quarterback accomplished all season long.

“He’s just kind of beginning his career and his journey, and I’m really proud of the job that he did,” Jones said. “He had to put the team on his back sometimes to win football games, and it was pretty special.”

Jones finished by giving praise to the Montreal fans after the season-ending loss. He said the team thrived on the support and enjoyed having the fans behind them all season long.

“It means a lot to see the happiness and joy with people that want to come out and see this team, and it means that the guys are doing something right. So just a big thank you to the fans.”