Ferguson: Ticats’ rematch with Harris a year in the making 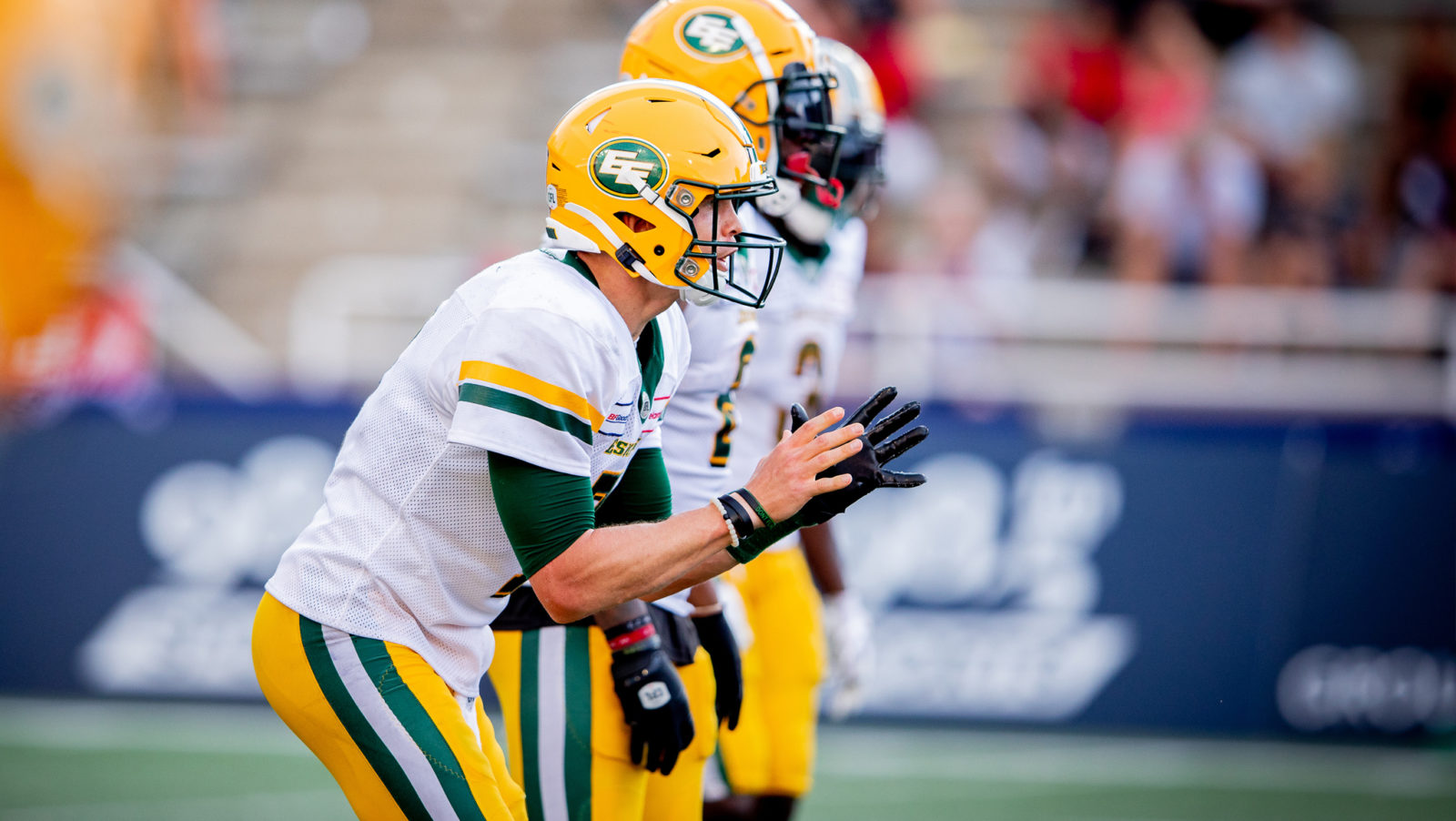 Ferguson: Ticats’ rematch with Harris a year in the making

Finally, the Hamilton Tiger-Cats know who they will host for the Eastern Final they have been crawling towards for well over a month: the last team to beat them at home in a playoff game, the Edmonton Eskimos.

No team has defeated Hamilton at Tim Hortons field this season despite the loss of starting quarterback Jeremiah Masoli – amongst other key pieces – and the Ticats come off the usually friendly playoff bye week physically fresher than Edmonton.

It won’t be easy in any way, shape or form for Edmonton to become the first crossover playoff team to conquer the East, but Head Coach Jason Maas believes they can do it with good reason.

The Esks have playoff experience, be it in the 2016 Eastern Semi-Final and Eastern Final, or any West Division adventure previous or since. They also have a group of coaches (Maas, Defensive Coordinator Phillip Lolley) and players (Don Unamba, Larry Dean, CJ Gable, Trevor Harris, Greg Ellingson etc.) who know what it means to have success in Hamilton either with or against the black and gold.

The challenge is obvious for Edmonton. They’ve felt the brunt of Hamilton’s explosive passing attack in a home game that got out of hand quickly thanks to Dane Evans long bombs to Bralon Addison, Brandon Banks and Marcus Tucker. They’ve been baited into bad turnovers as Logan Kilgore was intercepted six times in two starts against Hamilton.

They’ve lost both regular season games against the Ticats as a result.

The Eskimos team on display Sunday in Montreal was different from those lacklustre performances though. They were calculated, coached to understand every situation and knew when to put the pedal down and make a game changing play.

All of that – in my opinion – stems from two things.

Maas supplies the mentality and Harris applies the execution. It’s a perfect marriage of coach and quarterback as Maas alluded to Sunday evening post-game.

“I think that’s what was challenging for us this whole year, an off-season where were transitioning from a QB that’s different from Trevor and were trying to make the offence work in his favour and learn Trevor. It’s one thing to watch him on film, it’s a whole other thing to see him in practice and see what he’s comfortable with.

“It’s a marriage, we’re trying to figure out what he does best. The last two times he’s played, we’ve gone back and said, ‘what are the things that he does at a super high level, things he can do in his sleep?’ Those are the things we’ve been trying to get on the field. He’s been in this type of offence his whole life so that muscle memory is there and we’re trying to access it by explaining the looks, letting him see the pre and post snap looks so he can get the ball out of his hands quickly because when he understands the looks he’s the best in the league.”

The greatest challenge Hamilton will face at home Sunday is the accuracy and efficiency of Trevor Harris. A meticulous approach based in making ‘the right’ throw as defined by Maas each play.

Hamilton had no answer that day. They did have a different head coach and defensive coordinator, but the fact remains that Trevor has the ability to dink and dunk anyone to death before taking calculated vertical shots.

Not only is that a great way to control the clock and flow of the game, it also presents a challenge to Ticats fans who have been starving to host an Eastern Final since 2014 and will get the chance to have their collective voice heard Sunday at home in an Eastern Final for just the third time since 1999.

Montreal fans woke up on Monday knowing exactly what I’m talking about.

If Harris is able to find his rhythm Sunday in Hamilton in a way that exhausts the lungs and minds of Ticats fans, he’s won half the battle because it also means he’s moving the football.

Simply put, Hamilton must find a way to do something few teams this season – including Montreal Sunday – have been able to do.

Disrupt Trevor Harris. The game, and a Grey Cup trip depend on it.