Steinberg’s MMQB: A drought is ending 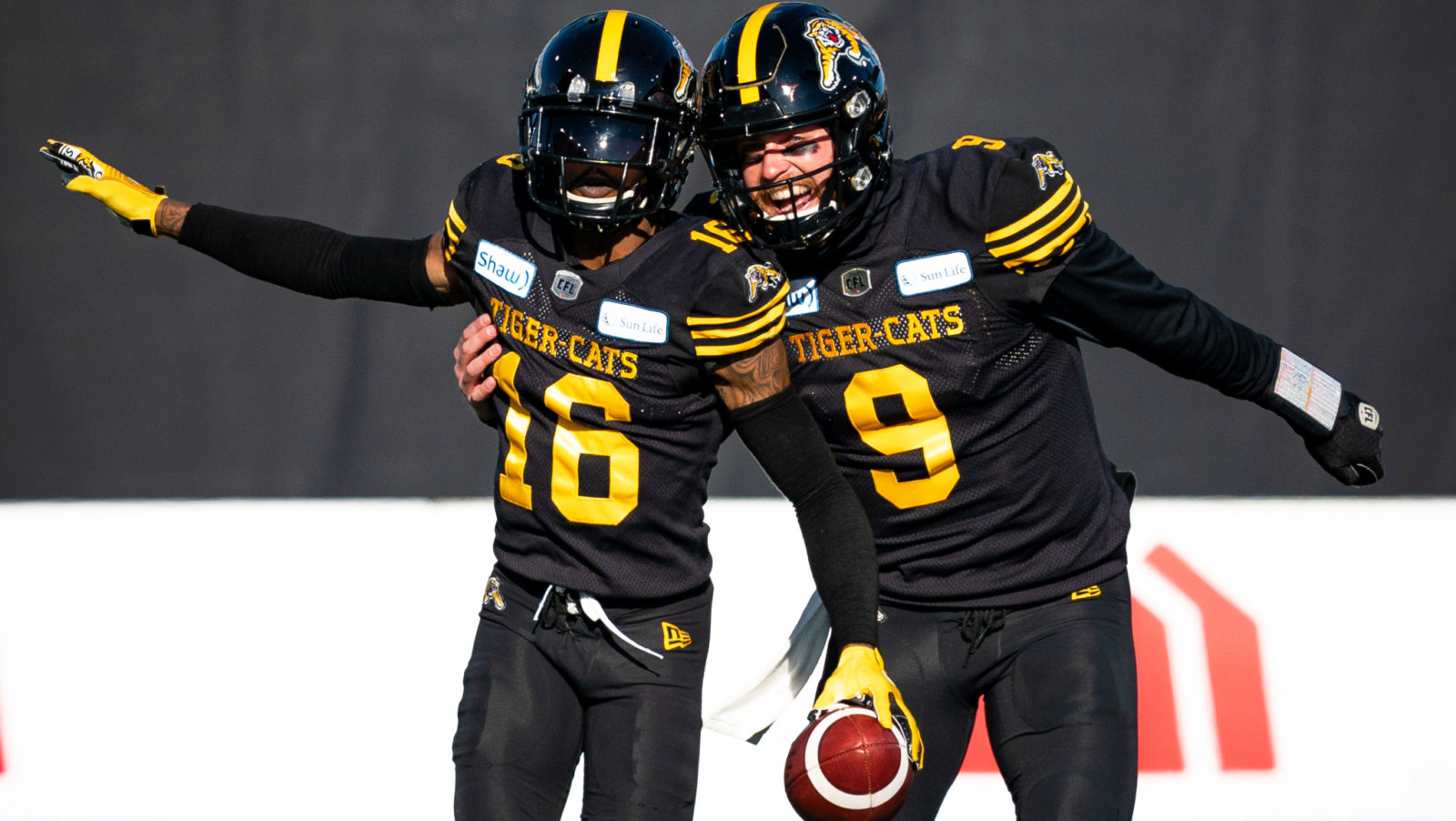 Steinberg’s MMQB: A drought is ending

It’s hard not to feel good for the two teams advancing to the 107th Grey Cup in Calgary. The Hamilton Tiger-Cats and Winnipeg Blue Bombers hold the two longest championship droughts in the CFL. For two of the most passionate, loyal groups of fans in the league, a long dry spell is coming to an end.

Danny McManus. Darren Flutie. Paul Osbaldiston. Those were some of the leading men on November 28th, 1999, which just happened to be the last time the Tiger-Cats won the final game of the year. On that night, Hamilton took a 21-0 lead into halftime and impressively closed out a 32-21 over the Calgary Stampeders.

It was the final championship win in the Hall of Fame career of the late, great Ron Lancaster. Even better for Ticats fans, it was sweet revenge for a loss to the same team one year prior in the 86th Grey Cup. The image of Calgary’s Mark McLoughlin nailing a game winning field goal with time expiring were erased with a far less dramatic triumph for Hamilton.

RELATED
» Head to Head: Who has the edge in the Grey Cup?
» Ticats punch ticket to Grey Cup with win over Eskimos
» Late goal line stand sends Bombers to Grey Cup

The Tiger-Cats have been back to the big game twice since ’99, losing back-to-back in 2013 and 2014 to the Riders and Stamps, respectively. For Hamilton’s Brandon Banks, this year’s trip to the Grey Cup could help him forget his late touchdown punt return erased by penalty in a loss to Calgary in ’14.

20 years is a long time to go without a championship in this league. The Bombers have that beat by nine years, as they haven’t raised the Grey Cup since a 50-11 win over the Edmonton Eskimos in November of 1990. Fans will remember how a close game turned into a blowout in the second half, as Winnipeg outscored Edmonton 28-0 in the third quarter alone.

After helping Saskatchewan end a 23-year title drought in 1989, quarterback Tom Burgess would join the archrival Bombers for the 1990 season and do it again, this time as Grey Cup MVP. Funny enough, the aforementioned McManus was part of that team, too; he was Burgess’s backup and even got some playing time once things were out of hand.

Since their last championship, Winnipeg has been back to the big game on five occasions. I wont make them relive those losses, but if Bombers’ fans get to celebrate their first Grey Cup in 30 years, they’ll have earned that party.

In fact, whatever group of fans is celebrating on Sunday night will have paid their dues. Both these teams play in beautiful new stadiums with great support on a weekly basis. I’m glad that one of these teams gets to reward their faithful with a Grey Cup triumph a long time in the making.

On Thursday night, the league will hand out their annual hardware at the 2019 Shaw CFL Awards. Now that voting is completed, here’s where my votes went and an explanation of why. I feel like being transparent is important and it ensured I put a lot of time, research, and thought into these votes.

I went with Banks over Saskatchewan’s Cody Fajardo because he finished the season number one in every single important receiving category. Banks led the CFL in receiving yards (1,550), touchdowns (13), catches (112), and targets (158). Following up a breakout season in 2018, Banks cemented his status as the league’s most explosive and dangerous player.

I agonized over this one, because Winnipeg’s Willie Jefferson was such a force all season long. Opposing offensive schemes are built around slowing Jefferson down, because he’s that dominant a player. In saying that, what Lawrence did this season needs to be recognized. A league leading 98 defensive tackles, four sacks, and three interceptions is crazy from a linebacker. He truly impacted the game in every facet and all over the field and, for me, that’s the definition of outstanding.

On a resurgent Alouettes team in 2019, Muamba and fellow linebacker Patrick Levels anchored this team’s defence. Muamba finished second only to Lawrence with 93 defensive tackles and added one sack and a pair of forced fumbles. Saskatchewan’s Cameron Judge had a breakthrough season and will be a cornerstone piece for years to come, but Muamba’s year was going to be tough to beat.

Can Bryant make it three straight years as the league’s best offensive lineman? After winning in 2017 and 2018, all Bryant did this year was anchor the league’s number one rushing attack. Winnipeg averaged more than 147 yards per game on the ground and only surrendered 35 sacks, the CFL’s third-lowest total. Chis Van Zeyl had a great first year in Hamilton, but I have to lean Bryant’s way once again.

Williams was the best returner in 2019 by a pretty large margin. The second year member of the Ticats led the league with 949 punt return yards, averaging an impressive 12.5 per. Williams was just as dangerous returning kicks, finishing third overall with 1,071 yards; his 2,020 total return yards was by far the league’s highest total. Finally, Williams was one of only two CFL players in 2019 to record both a punt return and a kick return touchdown; he had one of each.

Holley was a huge find for the Stampeders in 2019, and that was before he turned into an every-snap player on defence. The Kent State product started out as a special teams standout and finished the year with 22 special teams tackles while working his way into the regular defensive mix. After Cory Greenwood went down in September, Holley stepped into a regular will linebacker role and finished the year 78 defensive tackles, a sack, and an interception.

I went back and forth on this one multiple times before finally hitting send on my ballot. Either one of Steinauer or Craig Dickenson in Saskatchewan is 100% deserving of this award come Thursday. For Steinauer, he had to deal with his offensive coordinator June Jones stepping down a few weeks before the start of the regular season and also lost last year’s East Division Most Outstanding Player when Jeremiah Masoli went down in Week 7.

But Dickenson also had to deal with his fair share of adversity. He was promoted late in the game after Chris Jones departed for the Cleveland Browns in January. Then in Week 1, starting quarterback Zach Collaros went down with injury on the team’s first offensive series. Through that, though, the Riders won the West Division with an impressive 13-5 record.

So what tipped the scales for me in Steinauer’s favour? It all came down to history, because the Tiger-Cats made some in 2019. Not only did Hamilton win the East Division and finish with the CFL’s best record, they also set a franchise record with 15 wins. Long considered a potential coaching star, Steinauer proved that right and then some in his first year at the helm.