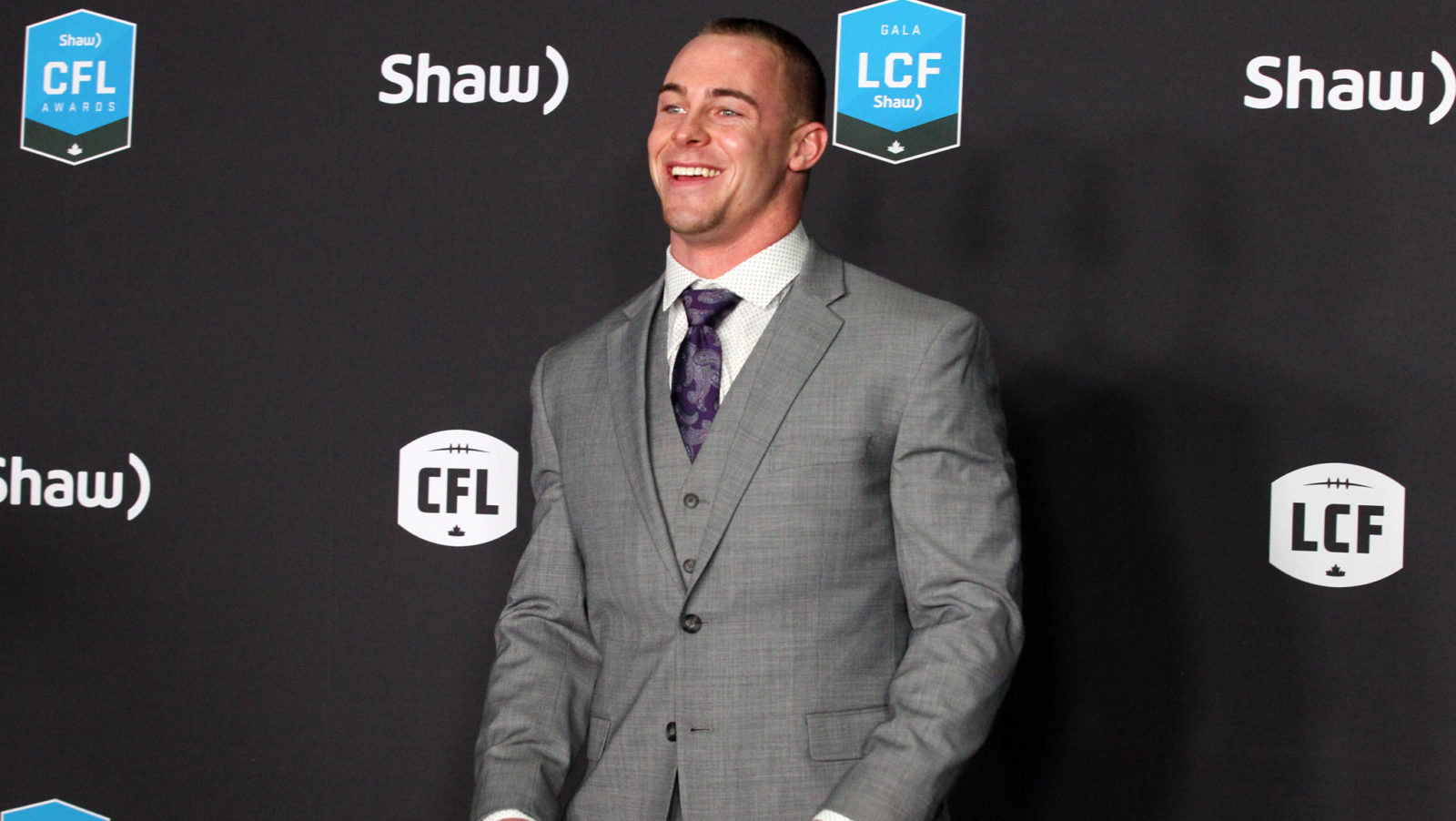 CALGARY —  In a transition year for the Calgary Stampeders’ defence, linebacker Nate Holley made the most of his opportunities.

The rookie defender totaled 100 tackles, including 78 defensively, and added three pass knockdowns, a sack, an interception and a tackle for loss.

On Thursday, Holley joined some of the league’s best players at the Scotiabank Saddledome, where he was named the CFL’s Most Outstanding Rookie at the 2019 Shaw CFL Awards.

“There’s a few left on the paper,” Holley said of a list of goals he had written down ahead of the 2019 season “I had a list of 10 and I’d say there’s three or four left that I didn’t quite get this season. (They’re just) goals to work on in the future. I want to work on getting Defensive Player of the Year and then go from there — that’s also on the list.

“If I’m back here next season, that’ll be something I try to knock off the list.”

The Kent State alum filled multiple voids on the Stampeders, after Alex Singleton and Jameer Thurman went to the NFL and veteran Cory Greenwood dealt with injuries. Holley never looked out of place, contributing to the league’s fourth-ranked defence with 107 total defensive plays and 22 special teams tackles – good for second in the league.

The most recent linebacker to win the award was current teammate Dexter McCoil in 2014.