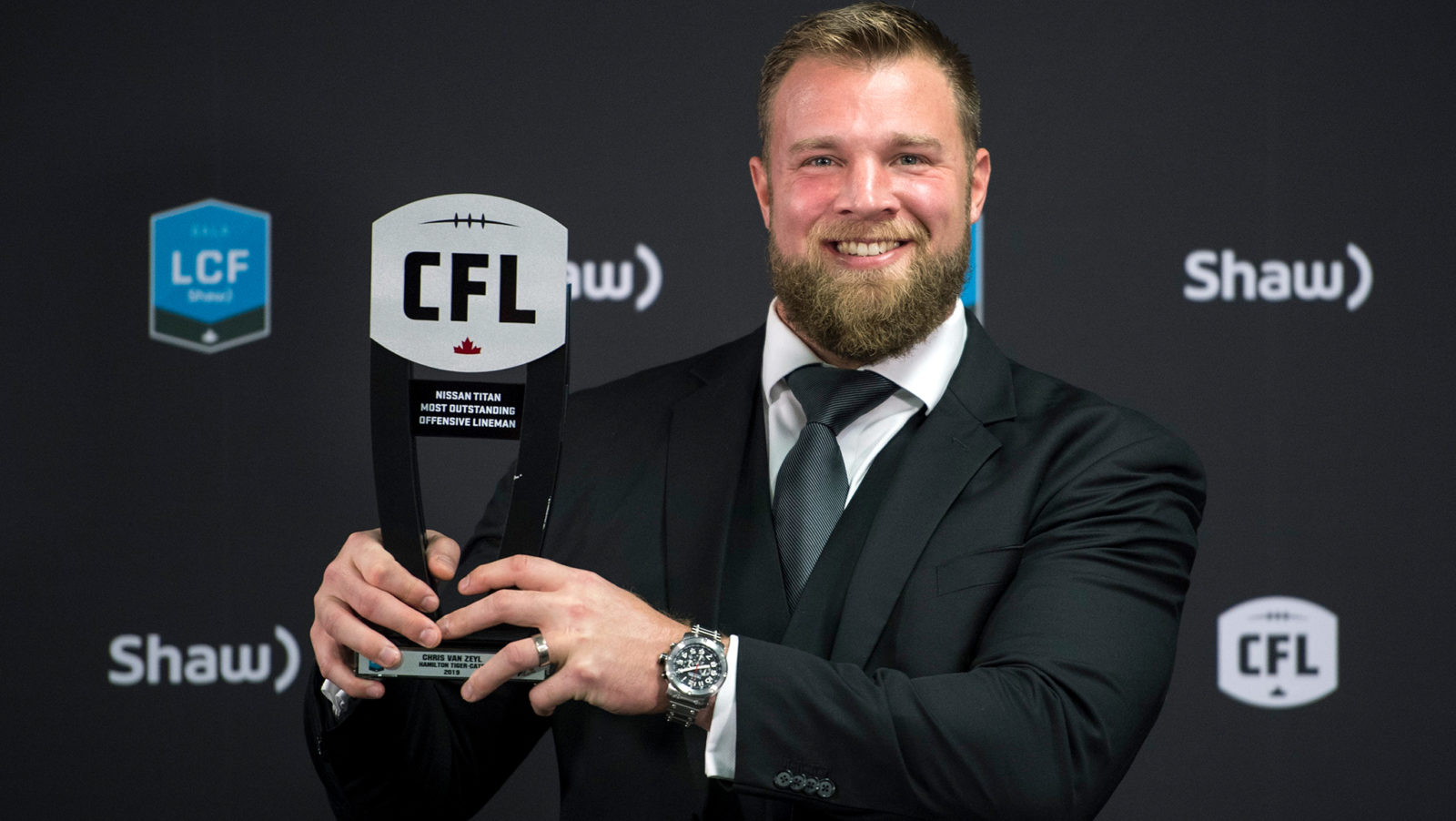 CALGARY — It turns out it was far too early to count out Hamilton Tiger-Cats offensive lineman Chris Van Zeyl.

Six months after being released by the Toronto Argonauts, Van Zeyl was named the CFL’s Nissan TITAN Most Outstanding Offensive Lineman on Thursday night, as the league’s biggest stars appeared at the Scotiabank Saddledome for the Shaw CFL Awards.

The 36-year-old first donned his biggest rival’s colours in the spring after 10 seasons with the Toronto Argonauts. Van Zeyl has made 173 appearances in his career with Toronto and Hamilton.

In his first season with the Ticats, Van Zeyl was a steadying force on an offensive line which enabled its quarterbacks to total league-highs in passing yards (5,626), touchdowns (48) and net offence (395.1 yards per game).

Starting at right tackle opposite another standout in Ryker Mathews, Van Zeyl is widely considered one of the league’s top ratio-breakers, at a position often occupied by an American. Van Zeyl’s presence allowed the Ticats to start four out of five Canadians on their offensive line.

Thursday’s honour marks the Fonthill, Ont. native’s first time winning the Nissan TITAN Most Outstanding Offensive Lineman award over his 11-year career. The former McMaster Marauder is the first Tiger-Cat to ever win the award, and the first Canadian to do so since Brett Jones in 2014.

Van Zeyl, who will take on the Winnipeg Blue Bombers on Sunday in the 107th Grey Cup presented by Shaw, received 26 first-place votes.

Bombers offensive tackle Stanley Bryant is the runner-up. The two will go head to head in Sunday’s Grey Cup at McMahon Stadium.