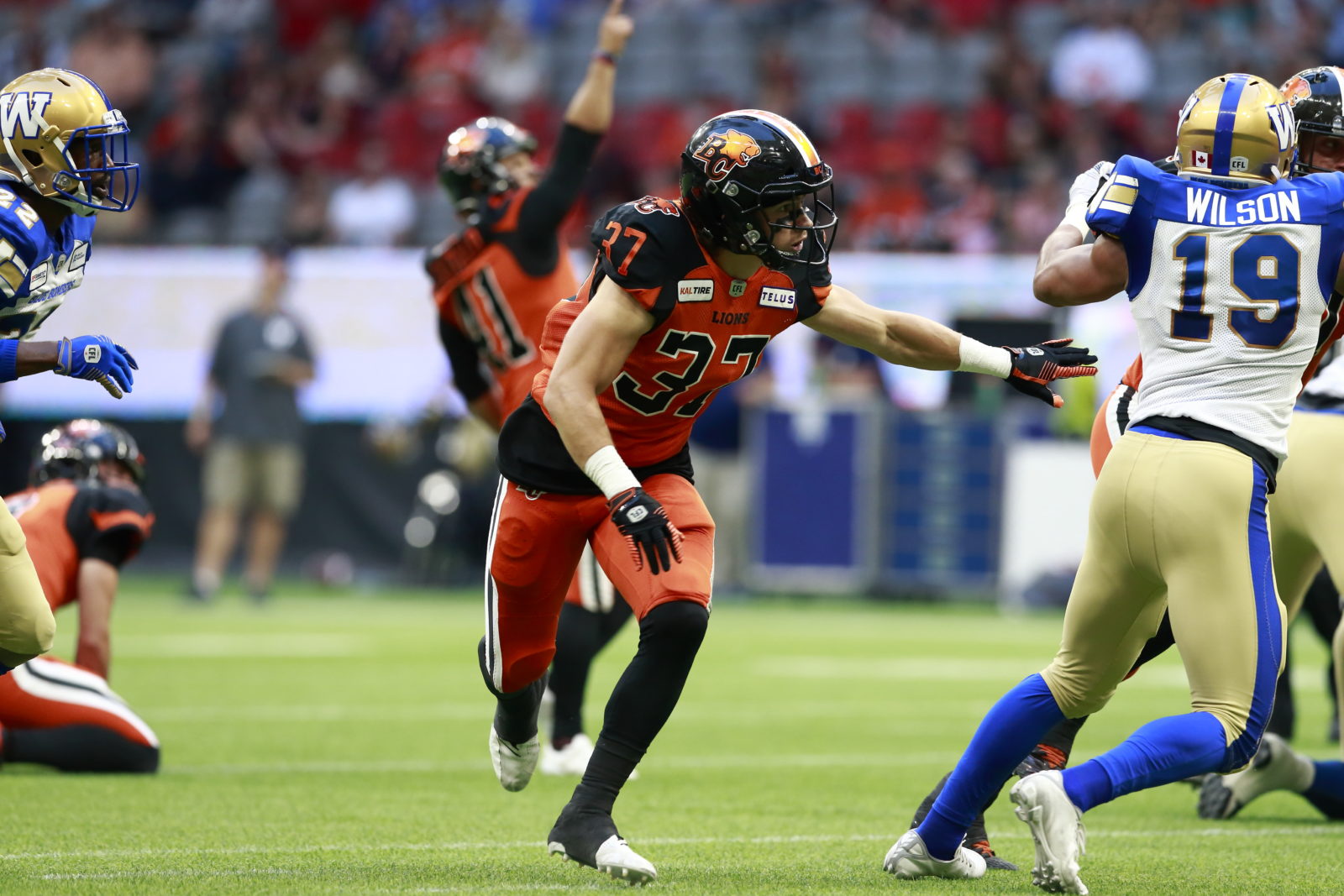 VANCOUVER — The BC Lions have signed National linebacker Adam Konar to a one-year contract extension. Konar was eligible to become a free agent in February.

The hard-hitting Vancouver native appeared in 17 games last season while recording a career-high eight special teams tackles and also saw action on defence where he picked up six tackles.

“Adam is an important member of our football team and we’re happy to have him for another season,” said General Manager Ed Hervey.

“He is a physical player who provides depth at linebacker, excels on special teams and plays with passion.”

A testament to his versatility and overcoming a couple of serious injuries earlier in his career, Konar was the club’s’ 2019 nominee for the Jake Gaudaur Veteran’s Award which goes to the CFL player who best demonstrates attributes of our Canadian Soldiers.

Konar joined the Lions early in 2019 training camp following a productive four-year stint with the Edmonton Eskimos where he had 94 tackles, three interceptions and two sacks in 54 games.

He was selected in round three (25th overall) by Edmonton in the 2015 CFL Draft.