Call it a Comeback: Masoli, Nichols lead bounce back candidates 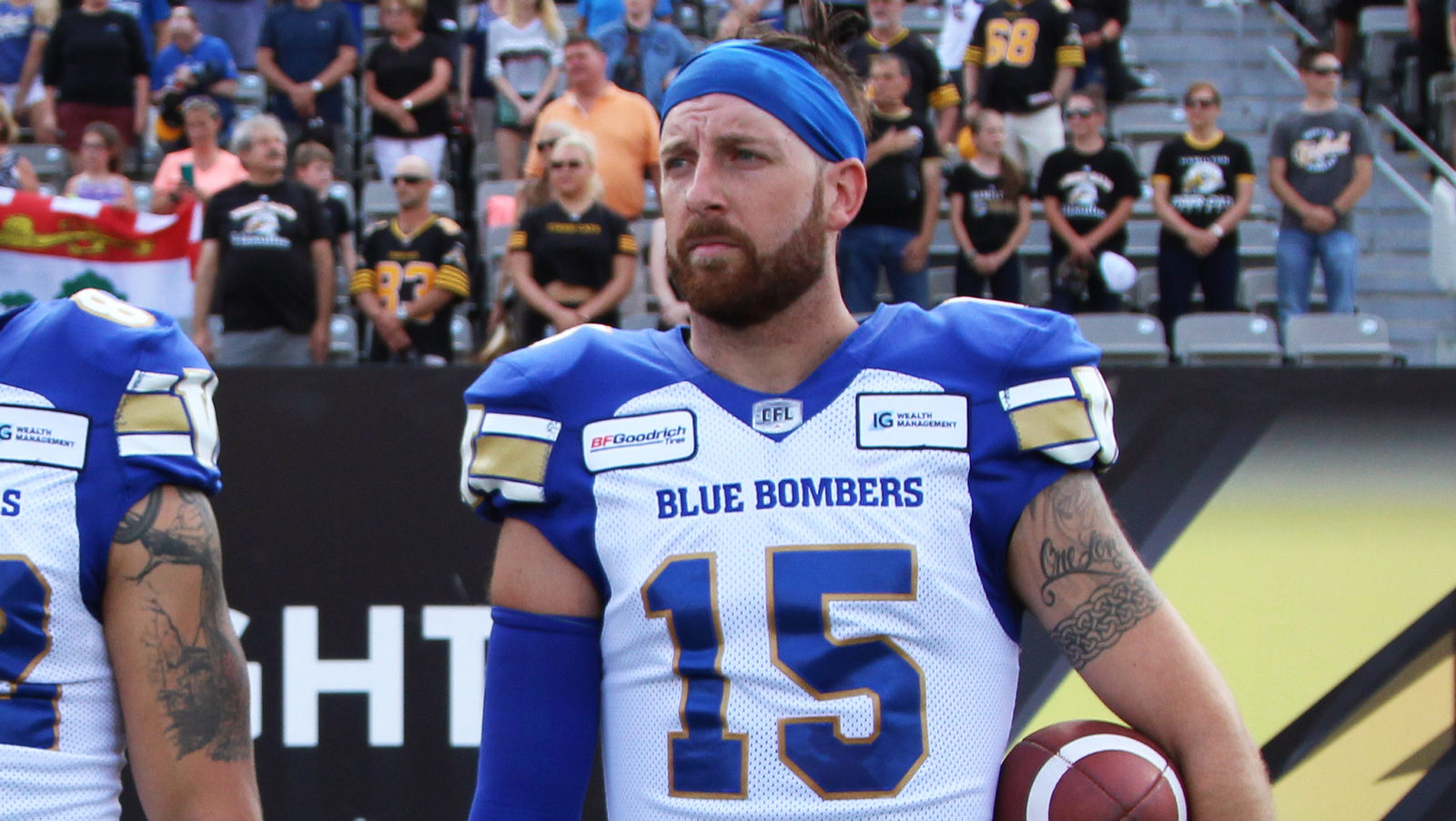 Call it a Comeback: Masoli, Nichols lead bounce back candidates

The 2018 East Division Most Outstanding Player was six months into his second full season as the Ticats’ starting pivot when a non-contact injury sidelined him in Week 7 vs. Winnipeg, a torn ACL ending his season after just 175 passing attempts.

Where Masoli plays in 2020 — and when he returns to action — is one of many hot topics across the league this off-season. Both he and Winnipeg Blue Bombers quarterback Matt Nichols suffered season-ending injuries and are now pending free agents.

As the off-season gets under way, CFL.ca looks forward to some of the many bounce back candidates for next season:

One of many marquee free agents the Eskimos signed last February, SirVincent Rogers was expected to lock down Trevor Harris‘ blind side on an exciting, new-look offence. But his first season in Edmonton ended before it began, when the 6-foot-4, 319-pound tackle tore his triceps, requiring surgery that would claim his entire 2019 season.

Despite turning 34 next spring, Rogers has a reputation as one of the most dependable offensive tackles in the CFL. He’s under contract with Edmonton for 2020 and despite the emergence of Kyle Saxelid, Rogers’ presence would be valued on an Eskimos O-line that allowed the fewest sacks in the CFL last season. 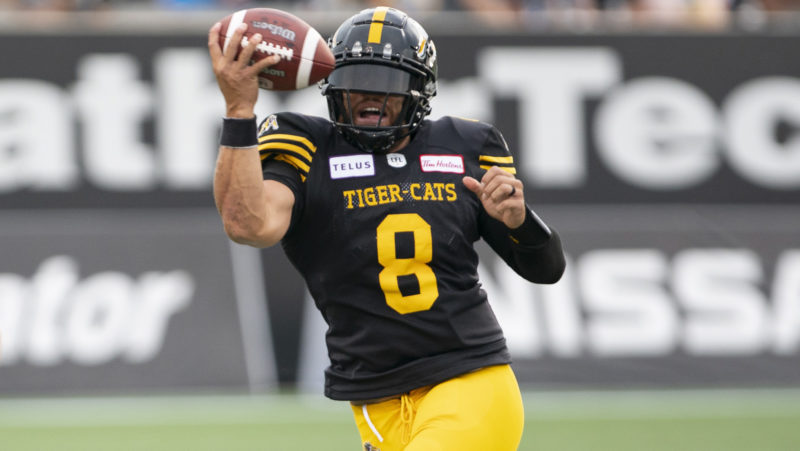 Fourteen months or so after suffering a devastating knee injury on Labour Day of 2018, Kamar Jorden returned to the Stampeders’ lineup in the playoffs. Though his impact was limited — he had two catches for 15 yards in a Western Semi-Final loss — Jorden impressed his teammates and coaches the week leading up to the game.

Before being injured, the 6-foot-3, 204-pound receiver was emerging as one of the league’s best at his position, recording 944 yards in 10 games — a pace of nearly 1,700 yards over a full 18-game season. With a full off-season of training on the horizon, along with the potential departure of teammate and pending free agent Reggie Begelton, Jorden should see a return to his usual high-volume role next year.

Lemar Durant‘s departure in free agency opened the door wide for Juwan Brescacin to break out in 2019, but it wasn’t meant to be after a season-ending injury just four games in. The 6-foot-3, 222-pound receiver, drafted 15th overall in 2016, has shown plenty of promise in Calgary, averaging a stellar 15.2 yards per catch in his career and six touchdowns over his last 22 games.

The Stamps have no shortage of Canadian receivers, especially with the emergence of Hergy Mayala, meaning Brescacin could test the free agent waters this February. Either way, expect him to have a significant role somewhere next season as he looks to re-discover his 2018 form when he had a career-high 567 yards.

A season-ending injury to Brad Erdos before opening kickoff was hard news to swallow for the Stampeders, who had initially planned to start three Canadians on the interior O-line. Erdos, Shane Bergman and Ryan Sceviour were slated to start in the middle, but the injury forced Calgary to start three Americans in Ucambre Williams, Derek Dennis and Nila Kasitati.

Offensive linemen never get their due, but Erdos has been a key member on a Calgary O-line that’s played in multiple Grey Cups. His return to form, along with a healthy Bergman and the continued development of Sceviour, will ensure Bo Levi Mitchell has plenty of protection next season.

Boasting a 15:5 touchdown to interception ratio and a 7-2 record, Matt Nichols was enjoying possibly the best year of his career before a season-ending injury suffered in Week 10 vs. BC. The rest was history, as Zach Collaros would end up leading Winnipeg to its first Grey Cup in 29 years, but the Bombers clearly missed Nichols, going 4-5 over the back half of the regular season.

Nichols headlines a trio of pending free agent quarterbacks in Winnipeg that also includes Collaros and the up-and-coming Chris Streveler. While a return to Winnipeg remains a strong possibility, there’s no denying the 32-year-old would be quite the catch in free agency for any quarterback-needy team. Assuming good health, Nichols should be an opening day starter in 2020.

Some were surprised to see Sean Thomas Erlington emerge as the No. 1 option on Hamilton’s RB depth chart going into the season, but the 27-year-old quickly proved he belonged. Before suffering a season-ending injury just four weeks into his season, Thomas Erlington averaged 6.8 yards per carry and was equally dangerous through the air, totaling 192 yards and a touchdown.

Veterans Tyrell Sutton and Cameron Marshall carried the mail for the stretch run last year, but Thomas Erlington resembles a rising star in the three-down game. Not only does he provide a versatile skill-set as a runner/receiver, he’s also a ratio-breaker, one of just a couple Canadian running backs that could be leaned upon to start next season.

A promising season came to a crashing halt for Jeremiah Masoli, whose knee injury led to the emergence of Dane Evans en route to a Ticats Grey Cup appearance. Evans had an historic first season in Hamilton, averaging more than 370 yards per game from Labour Day onward while leading the CFL’s top-ranked offence. But while Evans may be the future, Masoli shouldn’t be forgotten.

Though Masoli would surely be highly coveted on the open market, perhaps the Ticats have other ideas. All nine starting quarterbacks across the CFL suffered injuries last year, proving the value of a qualified backup. It’s unknown when Masoli might be ready to return, but the 31-year-old is far too exciting a player to watch from the sidelines when all is said and done.

A month after being released, James Wilder Jr. hinted at a possible return after the Argos changed head coaches. Take from that what you will, but Wilder is free to sign wherever he wants following a tough couple of seasons. While Toronto struggled to consecutive four-win seasons, Wilder failed to build on his phenomenal rookie campaign of 2017, averaging just 4.8 yards per carry. How much of those struggles were a product of his surroundings remains to be seen.

Wilder’s landing spot in 2020 will be an intriguing off-season storyline. The 27-year-old has barely reached his football prime, and brings with him a unique power/speed combination at 6-foot-3, 221 pounds. He’s also proven to be an effective receiver, totaling 154 catches in three seasons — not including a clutch grab in the 2017 Eastern Final that eventually led to a Grey Cup. Counting him out now might be a mistake.

After another tough season, the Argos’ first order of business in December was signing Bear Woods to a two-year contract extension. Woods turns 33 in January and was held to just seven games over his last two seasons due to injury, but the Argos clearly believe he has something left in the tank.

Next season projects to be Woods’ eighth in the league, and he’s had a prolific career with 376 career tackles during his time with Montreal and Toronto. He proved he can still tackle with the best of them in limited action last season, recording 25 defensive tackles in just three games. Leadership and experience are qualities that should help Woods lock down the starting middle linebacker job for the Argos.

Before suffering a season-ending injury, Jonathan Rose was widely considered one of the CFL’s most dominant corners. The 26-year-old was held to just three games last year, recording nine tackles in the process, though he did manage to record both an interception and a touchdown. His absence was clearly missed, as Ottawa plummeted to the bottom of the league in most major defensive categories in 2019.

Despite coming off injury, Rose will receive plenty of phone calls should be become a free agent on Feb. 11. Not only is he just entering his prime, but he also has no shortage of experience, leading Ottawa to a Grey Cup appearance in 2018. In 2016, he had six tackles to lead Ottawa to a Grey Cup Championship over Calgary.

One of the CFL’s most underappreciated receivers became a forgotten name last season, as B.J. Cunningham suffered a season-ending injury while the Alouettes marched to their first playoff berth since 2014. Still, the 30-year-old showed obvious chemistry with starting quarterback Vernon Adams Jr., averaging 5.5 catches per game before being injured on Aug. 9.

Cunningham demonstrated his high ceiling at the position in 2016, hauling in 69 of 120 targets for 1,128 yards and a 16.3 yards per catch average. After dealing with a revolving door at the quarterback position, the chance to play with Adams full-time should lead to a major spike in production, especially if pending free agent Eugene Lewis doesn’t return.

A healthy Taylor Loffler could do wonders for the Alouettes’ defence in 2020. Loffler’s first season in Montreal was limited to just six games, as the former UBC star suffered a season-ending injury in Week 10. His impact when he played, however, was obvious, tallying 27 tackles, an interception and a forced fumble.

While Montreal’s defence made strides last season, it still ranked near the bottom of the league in most major passing categories. Bo Lokombo filled in admirably at the safety position, while Chris Ackie stepped in to play WILL linebacker. In four seasons, Loffler has recorded 212 tackles, nine interceptions and eight forced fumbles.

Chris Matthews failed to meet expectations in his first season back in the CFL, being cut by the Bombers and then struggling to crack the lineup consistently in Montreal. Still, the towering 6-foot-5, 230-pound pass-catcher proved dangerous in the red zone, finding the end zone on four of his 21 catches.

Eight years removed from winning Most Outstanding Rookie with the Bombers in 2012, Matthews will try to settle into a more comfortable role next season. Given the chance to feature prominently, he should have no problem producing big numbers. A potential matchup nightmare, the pending free agent should garner interest on the open market.