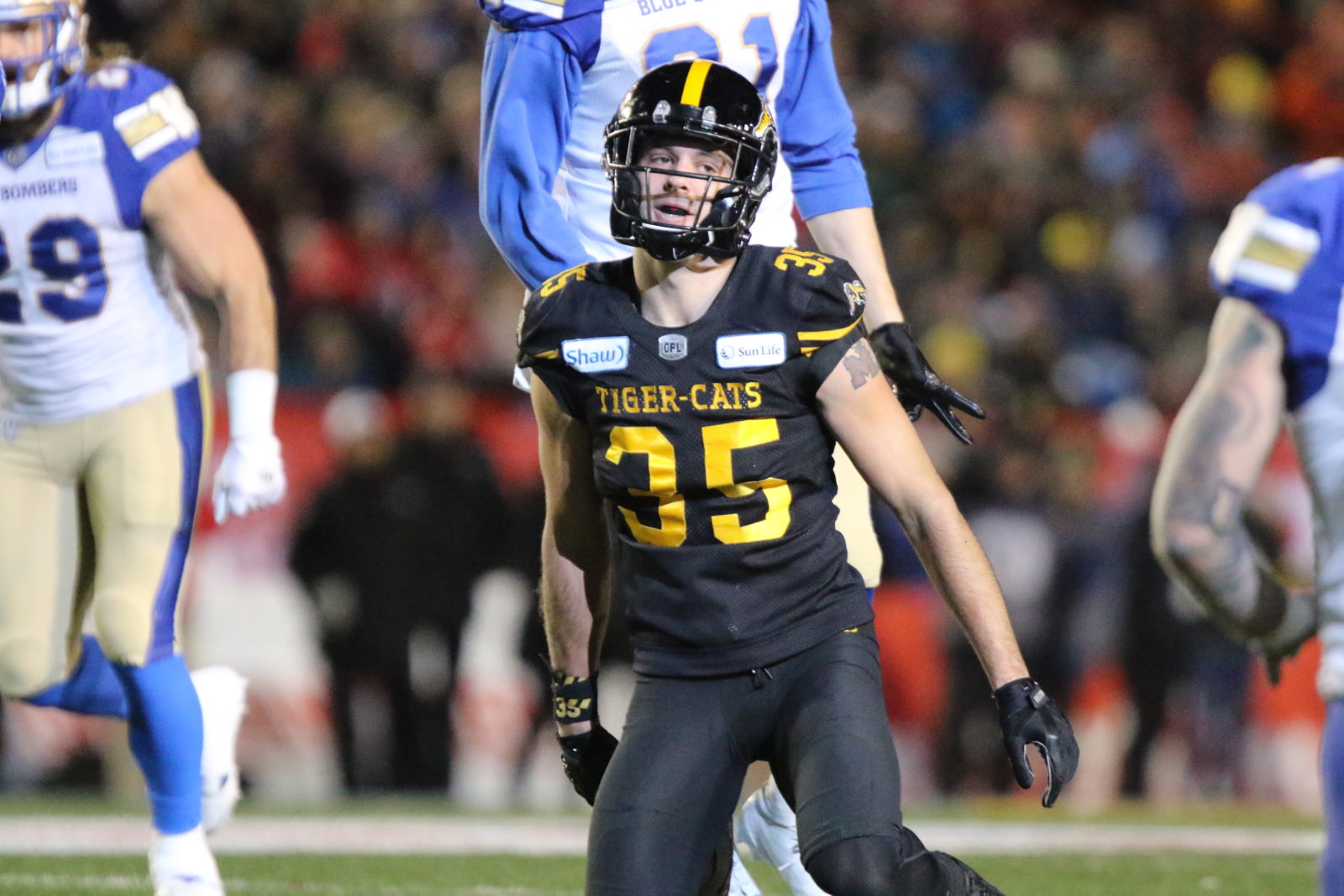 HAMILTON — The Hamilton Tiger-Cats announced Monday that the football club has re-signed national defensive back Mike Daly. Daly was set to become a free agent in February.

Daly, 29, played in all 18 regular season games with three starts at safety for the Tiger-Cats in 2019, finishing 10th in the Canadian Football League in special teams tackles (18) while also registering 16 defensive tackles, one interception, one forced fumble, one fumble recovery and one pass knock down. The 6-1, 189-pound native of Kitchener, Ontario also suited up in both of Hamilton’s playoff games, including the 107th Grey Cup in Calgary.

In 87 career CFL games with 29 starts at safety over six seasons with the Tiger-Cats (2014-19), Daly has registered 93 defensive tackles, 49 special teams tackles, eight interceptions, one quarterback sack, two forced fumbles and 12 pass knock downs. The McMaster University product has played in two Grey Cup games with the Tiger-Cats (2014, 2019) and was the team’s 2018 nominee for the CFL’s Jake Gaudaur Veterans’ Award for strength, perseverance, courage, comradeship and contribution to Canadian communities.