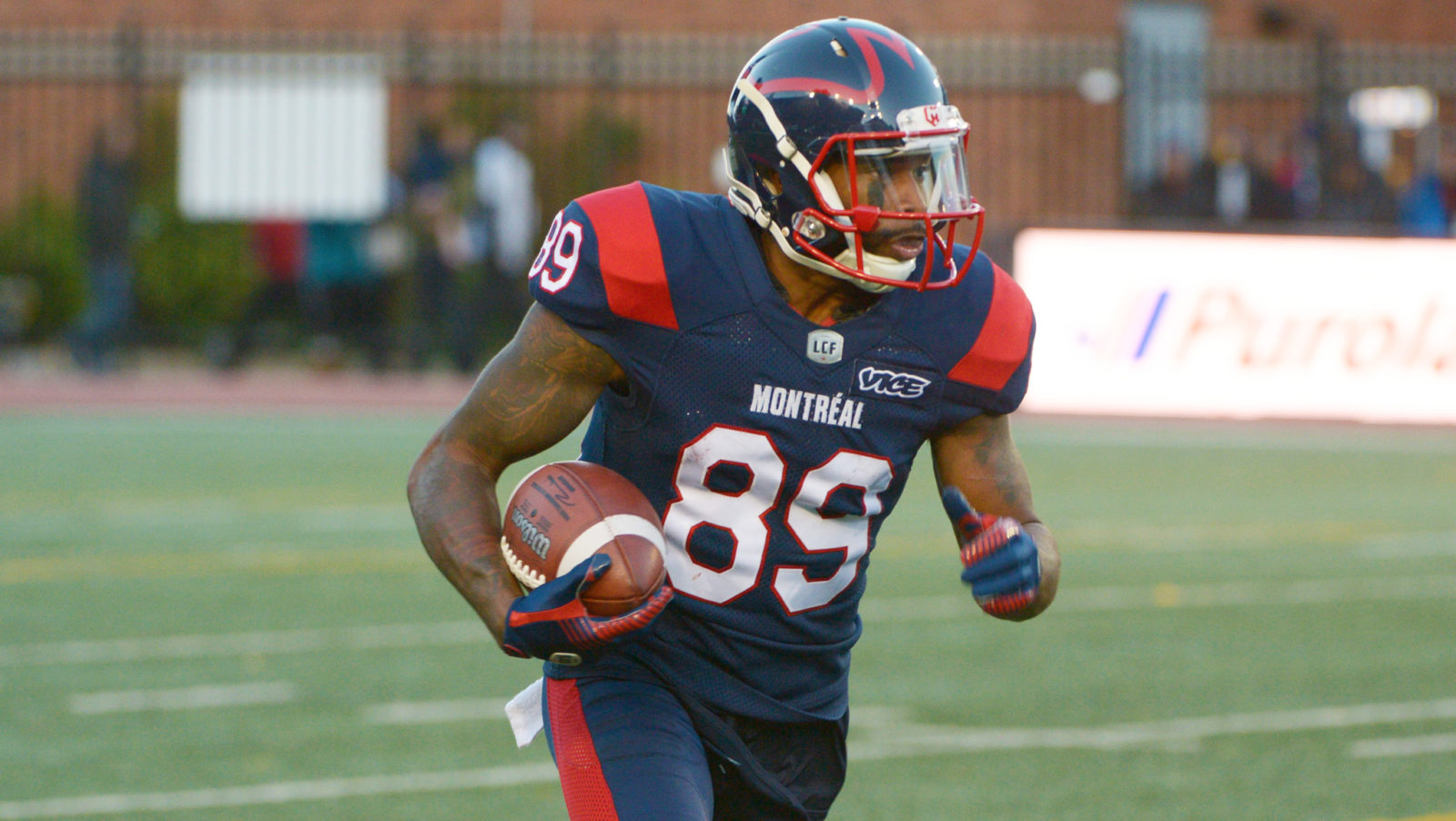 MONTREAL — The Montreal Alouettes announced on Wednesday that the club has signed American receiver and returner Mario Alford to a one-year deal.

Alford (5’8″, 177 lbs.) made quite the impression upon his arrival with the Alouettes last season, as he scored two touchdowns in his first two outings. In his first game with the Alouettes, he took an 85-yard punt to the end zone in a 21-17 win over the Calgary Stampeders. The following week, he took a 90-yard punt to the house. He continued being impressive in the playoffs, as he scored a touchdown on a 99-yard kickoff return, the 3rd longest kickoff return touchdown in CFL playoff history.

In three regular-season games in 2019, he amassed 218 yards on nine punt returns, while adding 117 yards on six kick-off returns. In 2018, he suited up for the Toronto Argonauts.

The 27-year-old was drafted by the Cincinnati Bengals in the 2015 NFL Draft with whom he registered one catch for 15 yards. He also spent time with the New York Jets, Cleveland Browns and Chicago Bears. The Greenville, GA native previously played collegiately for the West Virginia University Mountaineers.