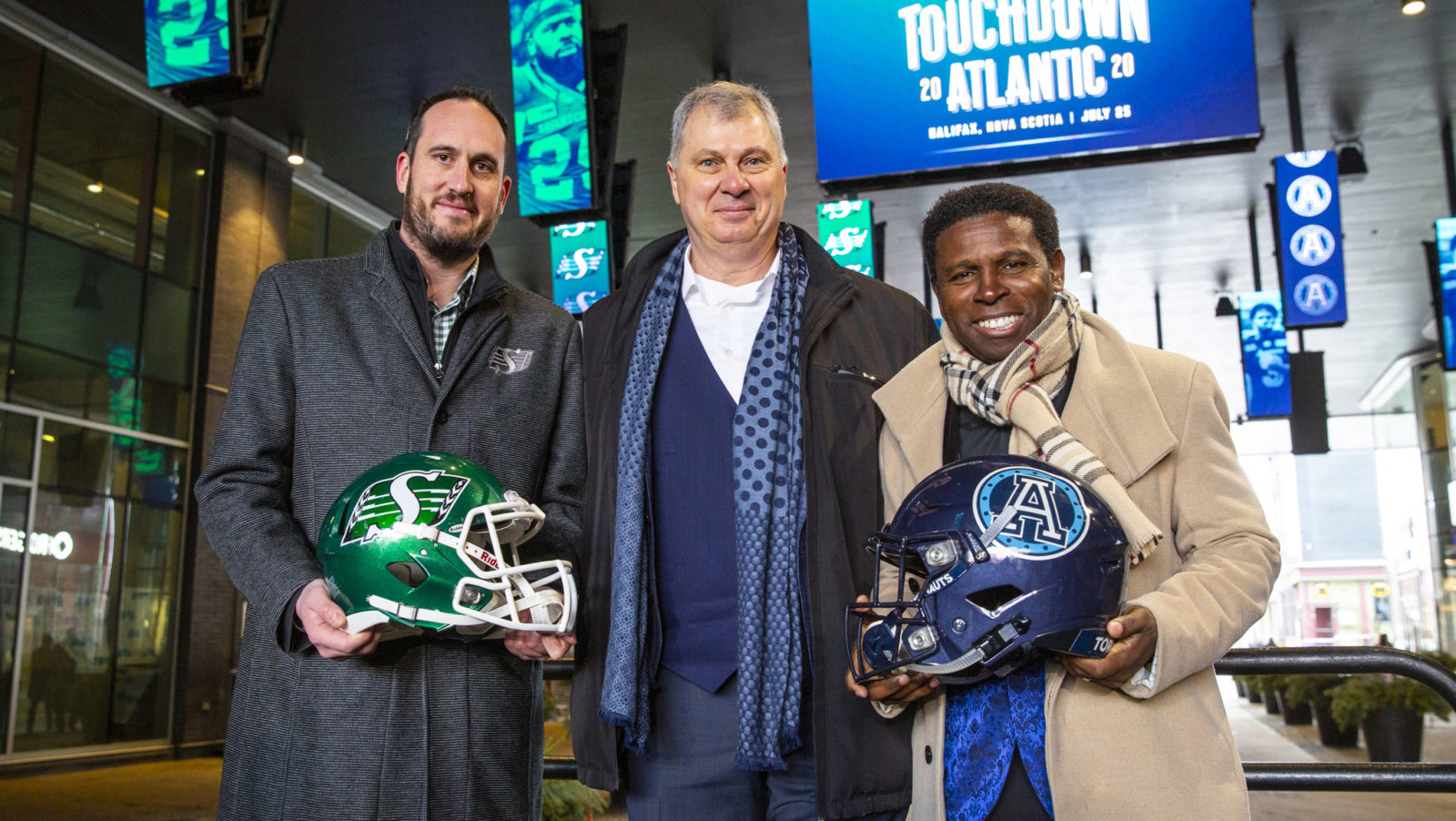 HALIFAX — The biggest Touchdown Atlantic ever is coming to Halifax this summer, the Canadian Football League (CFL) announced on Thursday.

Rider Nation will invade Nova Scotia when the Saskatchewan Roughriders face the Toronto Argonauts on Saturday, July 25 in the first-ever regular season game played in Halifax.

The game will be preceded by a three-day “mini Grey Cup festival” featuring music, parties and tons of family-friendly fun.

“Our league belongs to Canadians from coast-to-coast-to-coast – and for one fabulous weekend this July, the east coast will be its capital,” said Randy Ambrosie, Commissioner of the CFL.

“We are bringing the football and the fun. We’re inviting everyone in Atlantic Canada to join the party, and everyone in the rest of the country to come for the game and stay for a vacation!”

The CFL unveiled plans to make Halifax feel like a Grey Cup city, except it will be summer and there will be plenty of lobster rolls to go along with the beer. 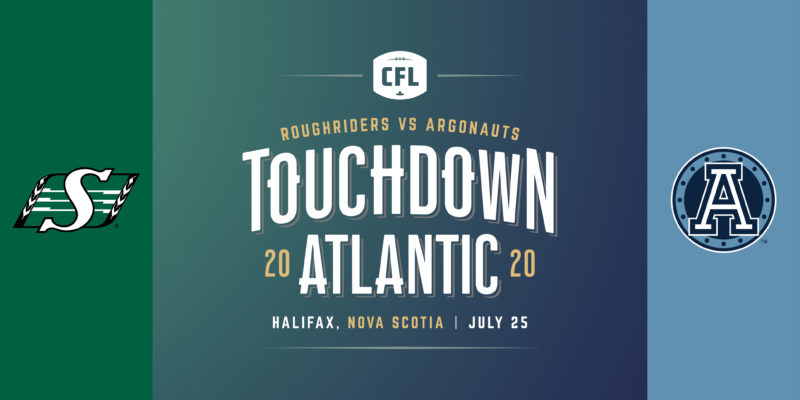 Ambrosie and a host of other league personnel and local dignitaries shared their vision at a news conference.

Tickets will go on-sale at the end of February and a full list of prices will be announced soon. Fans can sign up for the most up-to-date information and access to priority-purchasing at CFL.ca/TDA. Ambrosie stressed that the game will be affordable with an average ticket price of approximately $50.

The Atlantic Schooners group has been working with the league to bring a CFL franchise to Atlantic Canada and has presented Halifax City Council with a plan to build a new CFL-ready stadium in the city.

“We’re committed to this vision and excited about it,” said Bruce Bowser, a founder and owner of Schooners Sport and Entertainment.

“This is further evidence that the CFL shares that passion and is dedicated to this region.”

The 2020 edition of Touchdown Atlantic will be the first CFL game of any type to be played in Nova Scotia since 2005, when the Argos and Hamilton Tiger-Cats played a pre-season game at Huskies Stadium. Moncton hosted Touchdown Atlantic games in 2010, 2011, 2013 and 2019.

“Our friends and fans in Moncton have been wonderful hosts over the years and we’re just as excited to be coming to Halifax,” Ambrosie said. “For us, this has always been about embracing the region and every fan in it.”

“We’re working with the CFL to ensure Touchdown Atlantic feels a lot like Grey Cup Week,” he said.

CFL legend Michael “Pinball” Clemons, the General Manager of the Argonauts, vowed the Double Blue will meet a green wave of Rider fans head on.

“This is a home game for us and we invite fans in Atlantic Canada and our fans from Toronto to join us,” Clemons said. “We love Rider fans, but we love our own fans even more. This is an important year for us and this will be a big game.”

Craig Reynolds, President and Chief Executive Officer of the Riders, said he expects a big turnout in Halifax.

“There is no doubt that our fans are passionate about our team, but they are just as passionate about the CFL and the way football can bring our country together,” he said. “No matter where we are, our fans are there to greet us, and we think the allure of the Green and White alongside the beauty of Halifax in summer will be an irresistible combination.”

“I’ve known the thrill of kicking the winning points on our home field in Regina, but to do that here, in my own backyard, would be just incredible,” said Lauther, a native of Truro, N.S.

“Saint Mary’s University has a proud football tradition, and we are honoured to be a part of CFL history, ” said Robert Summerby-Murray, the university’s President.