O’Leary: Bombers move past the fork in the road 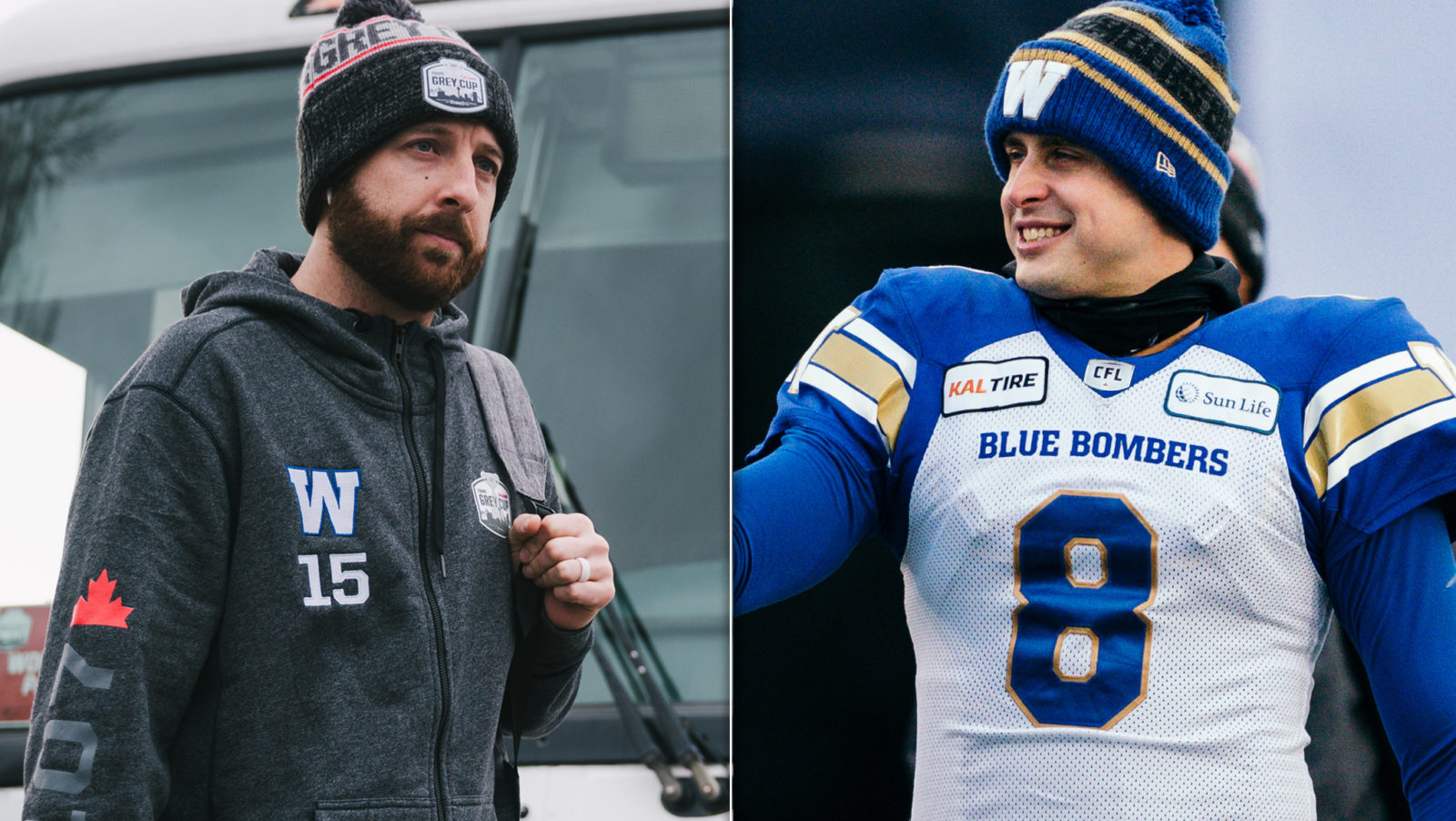 O’Leary: Bombers move past the fork in the road

The parade began in Winnipeg two months ago this past Sunday. It started at Hargrave and Portage Avenue, a living, breathing party of a lifetime with 10,000 attendees packed around it, soaking it all in.

The route finished at The Forks, where the Red and the Assiniboine rivers meet. The area is loaded with at least 6,000 years of history, having served as a trading post and landing point for so many of the people that would eventually call Winnipeg home. Today it carries that same purpose while housing a collection of restaurants, locally-owned businesses and the Canadian Museum for Human Rights.

The Forks was the perfect place to end the 2019 season. While the players took turns lifting the Grey Cup and speeches were made, the Bombers were standing at a crossroads. They had three quarterbacks with expiring contracts, all of them playing a part in their history making season. The championship parade wasn’t the time to make that decision, but it lingered in the distance.

RELATED
» Bombers sign Collaros to two-year extension
» Official Free Agent Tracker
» Bryant on signing extension: ‘It was a no-brainer to come back’

It came to the front, officially, on Monday when the Bombers announced that they’d signed Zach Collaros to a two-year extension. Matt Nichols got the team to the finish line, his agent told TSN’s Dave Naylor last week. Bombers GM Kyle Walters decided on the guy that took the team across the line that had eluded the team for almost three decades.

He was only with the Bombers for the final few weeks of the season and only suited up for four games, but the timing and the rewards reaped were too powerful for Walters to ignore. Collaros won those four games — a dramatic regular-season finale against Calgary, then three road playoff encounters — winning the Grey Cup (and in the process unseating Nichols) in a storybook fashion that you might not believe had you not seen it with your own eyes. It was a fast but comfortable fix.

Collaros on Winnipeg, last time we spoke: "It was just an amazing experience.. when you go through tough times and through situations that aren’t ideal, you start not to love going to work. But that six, seven weeks… really reaffirmed my love for the game.” #Bombers.

Now, at 31 and on his fifth team heading into his ninth CFL season, Collaros has the most stability he’s had in his career since he signed with Hamilton as a free-agent in 2014.

Nichols, 32, can begin taking calls from teams on Feb. 2, when the league’s free agency window opens. The free agent market will open on Feb. 11. Nichols has at least a couple of options.

The Ottawa REDBLACKS released Jon Jennings and Will Arndt last week, shortly after pending free-agent Nick Arbuckle visited the team. REDBLACKS GM Marcel Desjardins acquired Arbuckle’s rights in a trade with Calgary on Jan. 3 and is trying to sign him before his contract expires. While Arbuckle would presumably be the priority — Ottawa gave up a third-round pick for the expiring contract — Nichols would be the type of quarterback that the team missed in its dismal three-win season.

If the REDBLACKS were able to land Nichols, it would reunite him with Paul LaPolice, the offensive coordinator that Nichols worked with the past four years in Winnipeg. LaPolice’s move to Ottawa this winter seemed to be of interest to Nichols when it became public.

The other option would be the Toronto Argonauts. While the team has said it would examine everything it had in-house — essentially saying it wanted to respect the work that McLeod Bethel-Thompson had put in with them and look at him as a long-term fit — it will also weigh its free agent options. Given Nichols’ resume over the four years he had in Winnipeg, lifting a team from the dregs of the CFL standings to a Grey Cup contender, he should be an ideal candidate for the job.

Two months after that parade, the championship vibes are still likely running through Winnipeg. The team made its difficult decision and chose Collaros over Nichols. Bob Irving, the voice of the Bombers, tweeted on Monday how tough the decision was for Walters and his colleagues. Also in that tweet is the fate of that third quarterback. Chris Streveler, Irving wrote, is likely NFL bound.

That day at The Forks suddenly feels like a much more finite memory now.