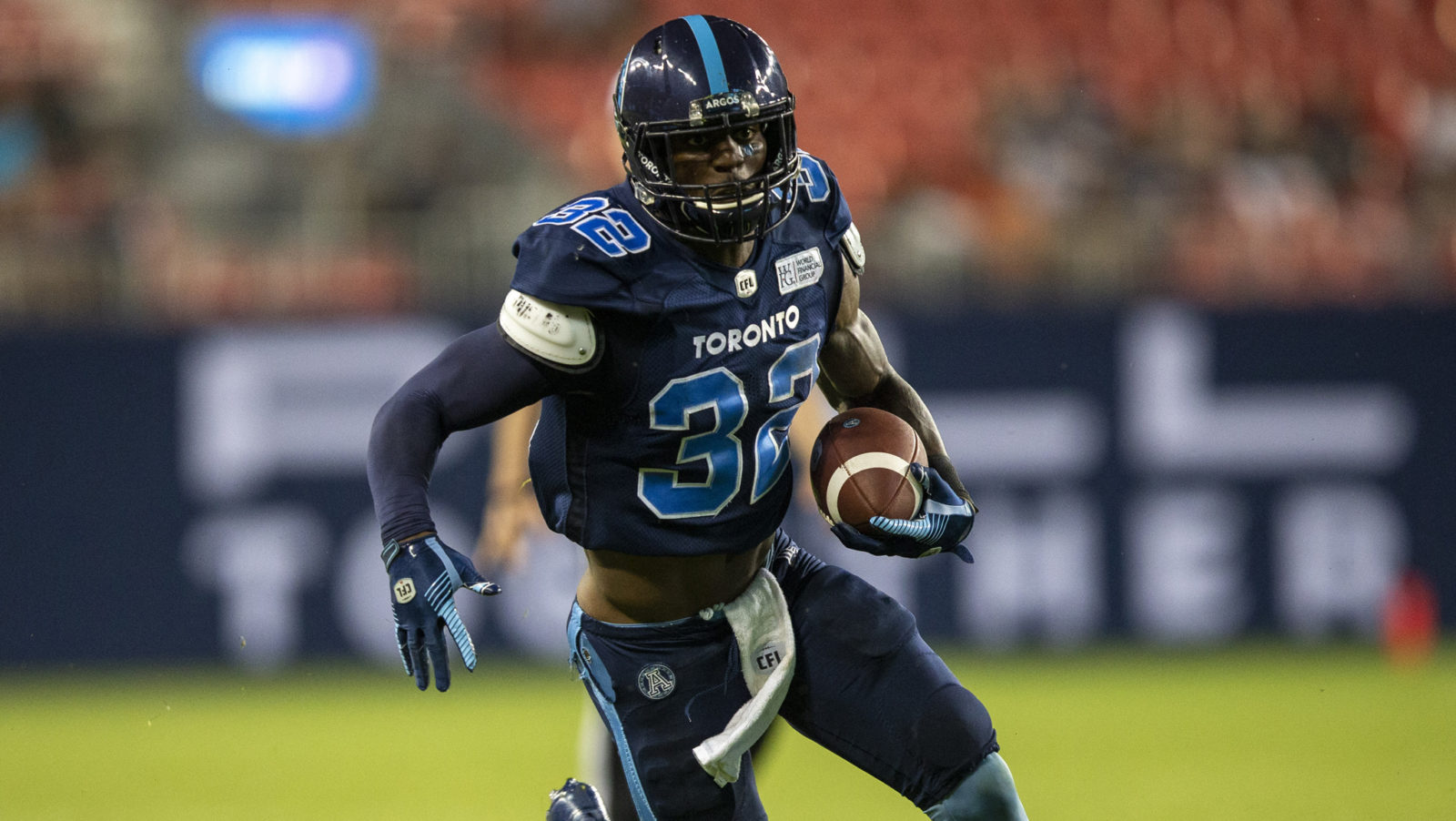 MONTREAL — The Montreal Alouettes have agreed to a one-year deal with running back James Wilder Jr.

“We have been accumulating the good news these past few weeks and we can now add this one to the list,” Alouettes general manager Danny Maciocia said in a statement. “James is filling one our needs on offence and we are confident that he will develop a chemistry with Vernon Adams Jr. all while taking some pressure off of him with the success he will have.”

Over this three-year tenure with the Double Blue, the six-foot-three, 212-pounder had collected 2,027 yards and nine touchdowns on the ground and added 1,487 yards and five majors on 154 catches out of the backfield.

The 27-year-old was granted his release by the Argos on Nov. 25.

“I am happy to join the Alouettes. Coach Jones brings so much energy to the table and I am looking forward to be being a part of the mix,” Wilder said. “The team played exciting football last season and I can’t wait to join the group already in place. All the pieces seem to be falling in place and my team will continue to progress and win football games.”

Wilder Jr. was named 2017’s Most Outstanding Rookie on his way to helping Toronto win the 105th Grey Cup presented by Shaw.