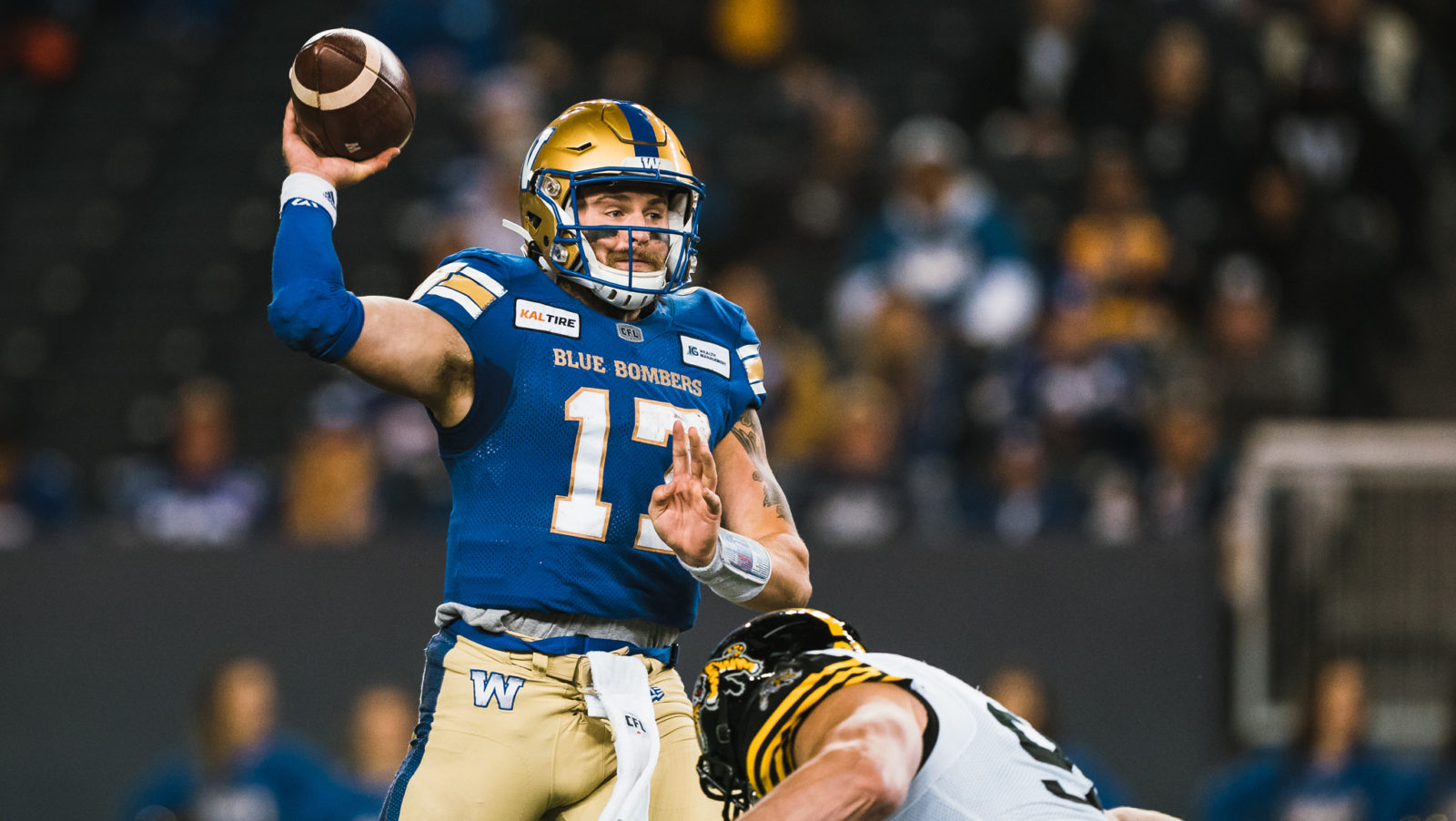 WINNIPEG — The Winnipeg Blue Bombers have released quarterback Chris Streveler to allow him to pursue NFL opportunities, the team announced on Monday.

Streveler was set to become a free agent on Feb. 11 and was ranked the 25th ranked pending free agent by CFL.ca.

Streveler served as the backup to Matt Nichols to open the 2019 season, but after Nichols underwent season-ending shoulder surgery, the 25-year-old took over under centre.

After leading the team through the middle portion of the season, the Bombers acquired Zach Collaros, who allowed the team to create a formidable one-two punch, with Collaros providing the air attack and Streveler pounding the rock on the ground.

On the year, Streveler finished with 1,564 yards and eight touchdown passes while completing 66 percent of his passes. Rushing the ball, he had 127 carries for 726 yards and 12 majors.

Streveler has spent the first two years of his CFL career as a member of the Blue and Gold. Before coming north of the border, the Crystal Lake, Illinois native split his collegiate career between the University of Minnesota and South Dakota University.

During his two years with the Coyotes, Streveler threw for 6,081 yards and 54 touchdowns, while earning MVFC Offensive Player of the Year honours in 2017. He was also a runner-up for the Walter Payton award.