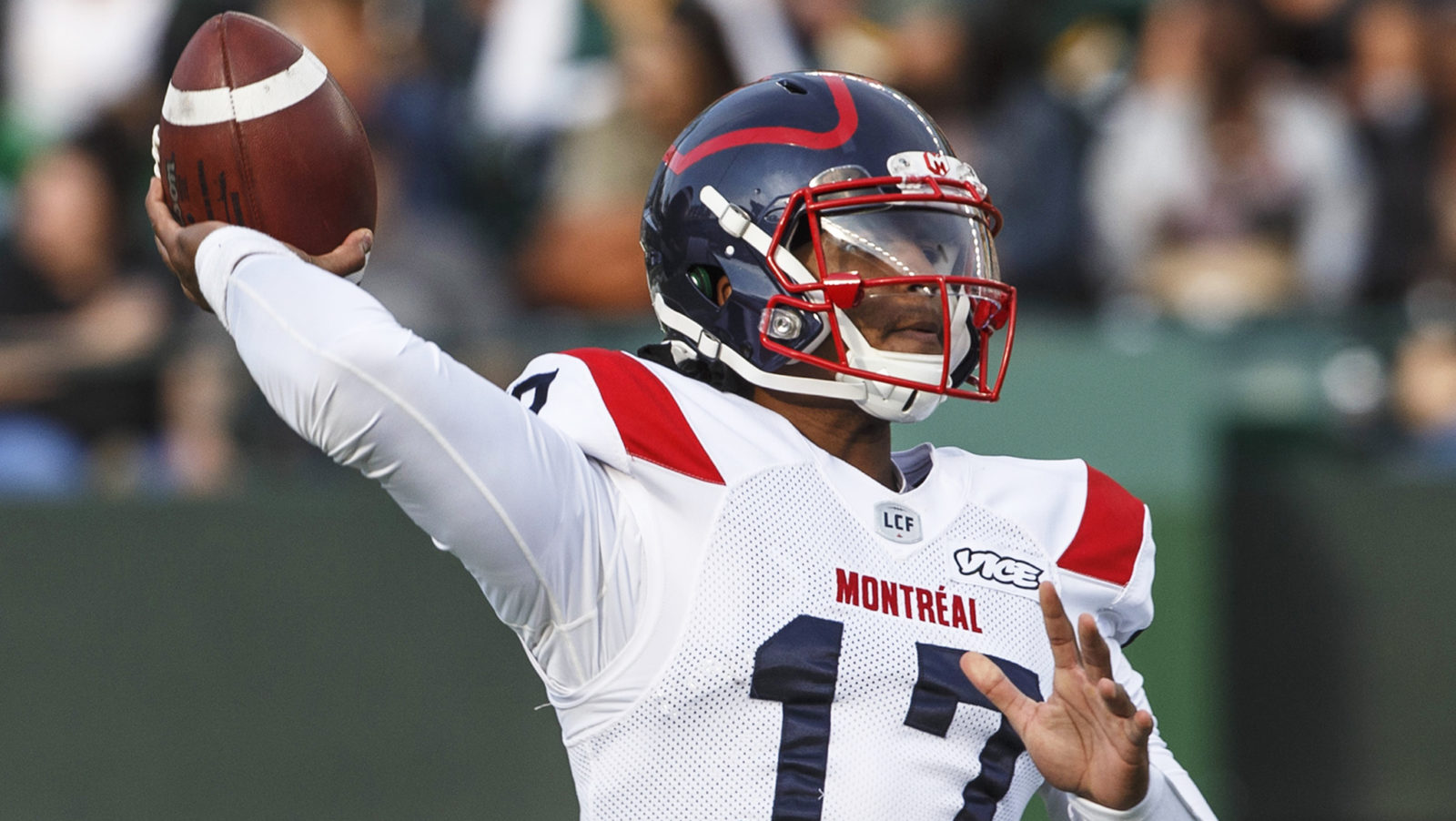 EDMONTON — The Edmonton Eskimos have added more depth at the quarterback position, inking Antonio Pipkin to a one-year contract.

Pipkin has spent the past three seasons in the CFL, all as a member of the Montreal Alouettes.

The 24-year-old began 2019 as the team’s starting pivot, but following an early-season injury, Vernon Adams Jr. took the reigns, he finished the year with 161 passing yards and a touchdown on 19 completions.

In 27 career games, he completed 99 of 182 pass attempts for 1,295 yards with four touchdowns. Pipkin also rushed for 318 yards and nine touchdowns on 58 carries.

The Eskimos re-signed backup Logan Kilgore on Tuesday. With Trevor Harris, Kilgore and Pipkin in the quarterback room, new Esks head coach Scott Milanovich has a solid nucleus to lead the offence.

Pipkin played his entire collegiate career at Tiffin University and had a prior stop with the Arizona Cardinals before signing with the Alouettes in 2017.