From My Camera Roll : Spokane with Matt Nichols

From My Camera Roll : Spokane with Matt Nichols

CFL family I am writing this blog from where I expect many of you are reading it – from a less than ergonomic setup in my home. The last five weeks have been challenging in ways I can’t begin to list and I know for many of you the lack of sports, our great connector, has left a gaping hole in our  day-to-day. I have felt the same lack and it has sent me down a nostalgic route of scrolling through my camera roll. This sparked an idea one I am hoping we can collectively populate on social media by sharing some of the CFL memories stored on our phones. I don’t know about you but my phone is packed with memories I’ve enjoyed revisiting in the current climate and I thought you might enjoy seeing a peek into what goes into making some of the work you’ve seen on CFL.ca over the years.

For context, if we haven’t met my name is Brodie Lawson and I am a Host and Producer for the CFL. I got my dream job working for the league in 2015 and since then I have had the (great) privilege to travel and spend time with personalities around the league in order to tell the beautiful, complex and deeply human stories that make up the CFL. Each week I will be sharing some of my personal photos from my camera roll and blogging about those memories. I hope you will do the same on social media by using the hashtag #CFLCameraRoll so we can all share our passion and diverse experiences with the CFL.

This week I wanted to keep it brief – given the long interlude – and share some photos from my trip to Spokane Washington where I filmed The Grind with Matt Nichols. I was lucky enough to be travelling with my colleagues turned BFFs/travel pals Kyle and Rob who were producing and filming the series. This was the second stint of the trip, in January we had filmed with a handful of other players in the Southern US, but this trip took us West, starting in Spokane. The night before we were supposed  to leave for Spokane Toronto was hit with a HUGE snow storm and our flight was cancelled. To make a long (and stressful) story short we HAD to get to Washington that day because we had organized the workout with Matt the following day and then had a flight booked for our next stop the day after – it was a tight timeline. We were SO lucky to squeeze onto a flight to Seattle via Vancouver and from there we would have to make the 4 hour and 12 minute drive to Spokane.

At this point Kyle, Rob and I were a well oiled machine when it came to road trips. Kyle drove, I navigated and we usually listened to country music while Rob sat in the back with headphones on listening to “better music”. This car ride we were all pretty exhausted due to the extra long travel day and the time change but we were genuinely so captivated by the scenery it kept us chatting and alert the whole way to Spokane.We stopped at this lookout at the Columbia River Gorge (thanks Kyle for the name, but if I’m wrong it’s his fault.) It was a stunning and unique view so we asked the only other people there, a couple hanging around their camper to take this photo of us. 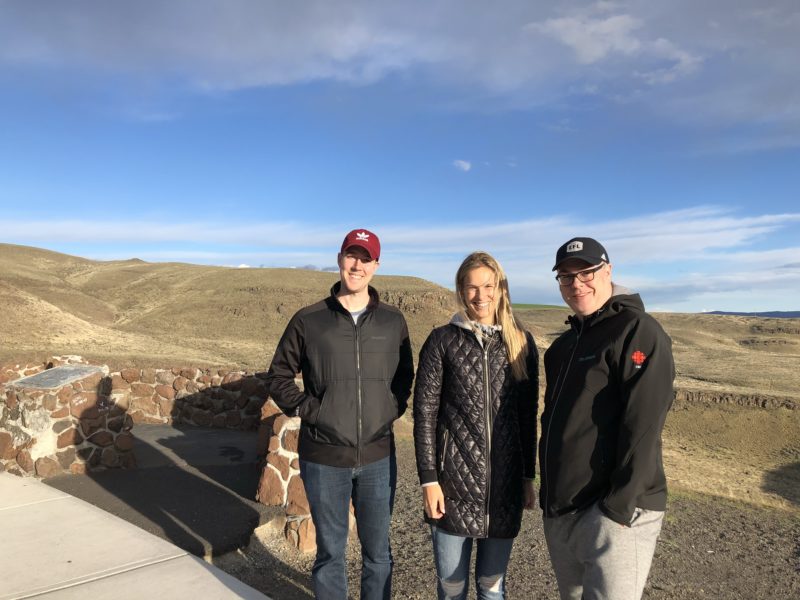 If I remember correctly the guy wasn’t too thrilled at the request, he’d clearly chosen this secluded  “nobody in the world but us” spot for a reason and we were spoiling it. On this drive we went through the mountains and it snowed, we were in the desert and it was windy, through rolling hills to snow topped mountains-  it was one of the most beautiful drives I’ve ever taken. 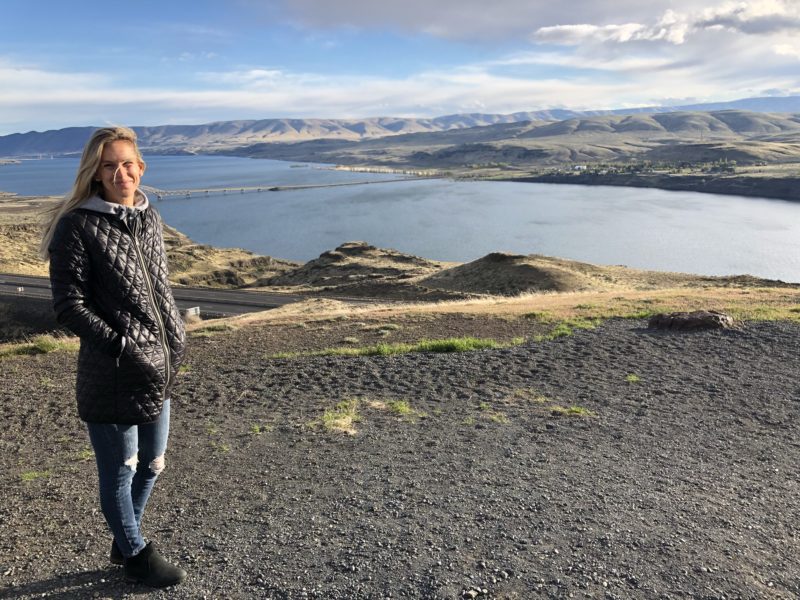 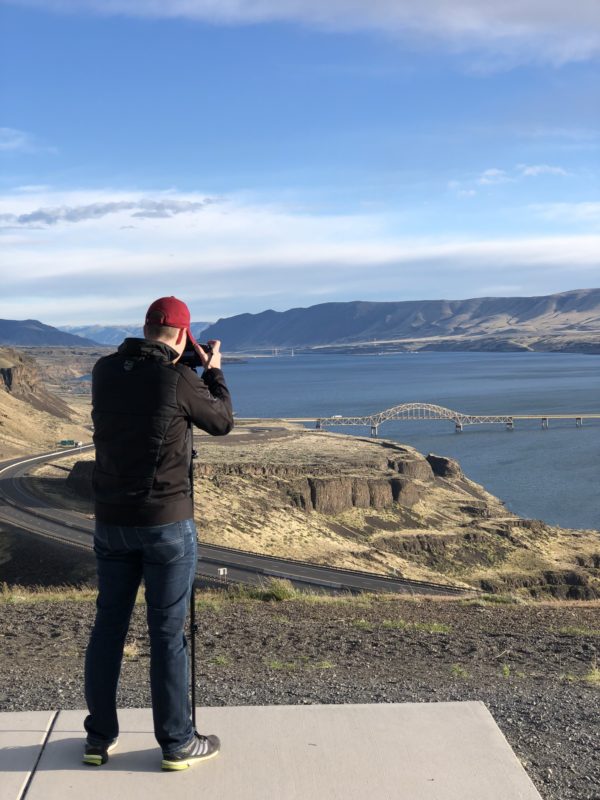 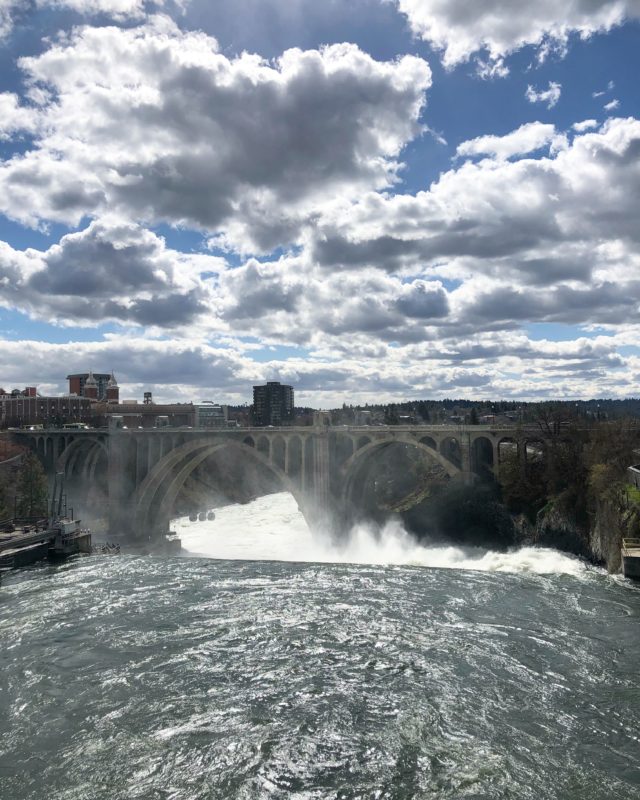 The day after we arrived we successfully filmed The Grind minus the sled pulls – I’ve included a photo. It was one of the few times in any of our filming I genuinely thought I was going to faint. I considered skipping a rep because I seriously thought I might fall over…and I just wasn’t up for that. I did finish the workout and HOBBLED around Spokane that afternoon, totally wiped and not particularly good company to my colleagues. It was a quick stop but we were thrilled to make it there and I think the episode turned out really well. 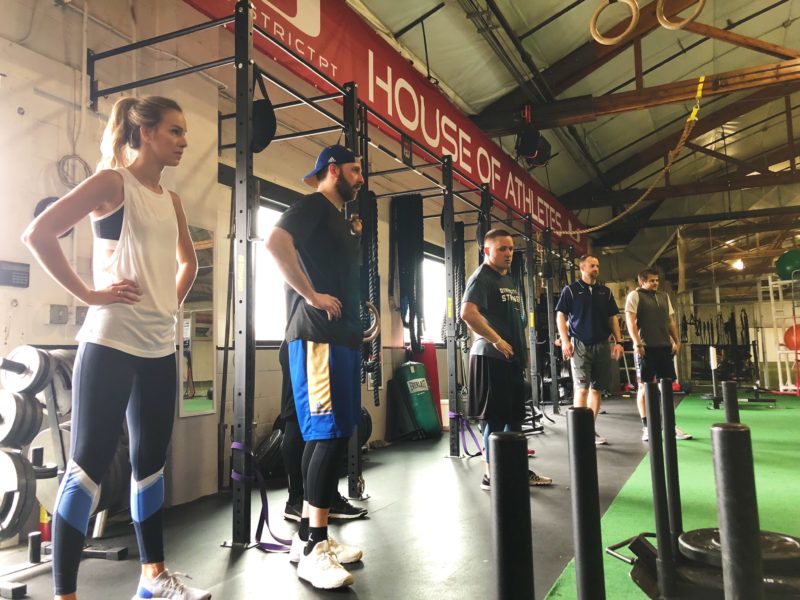 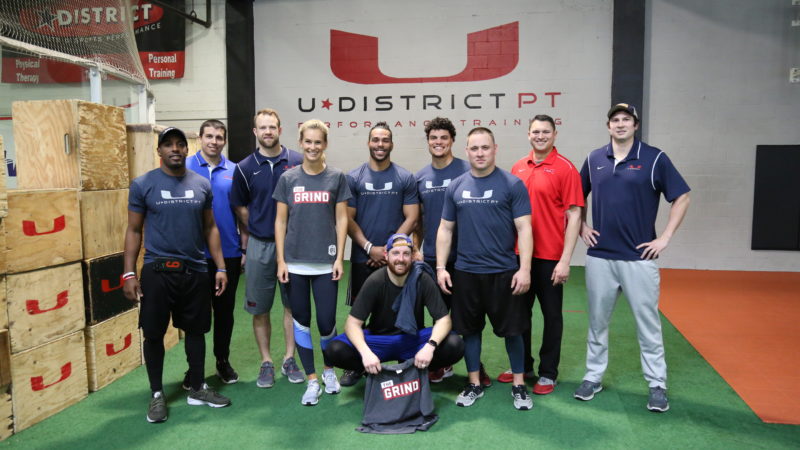 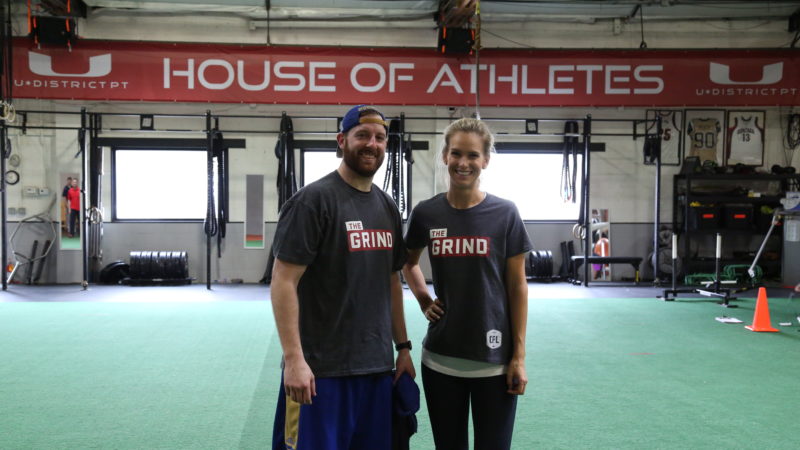 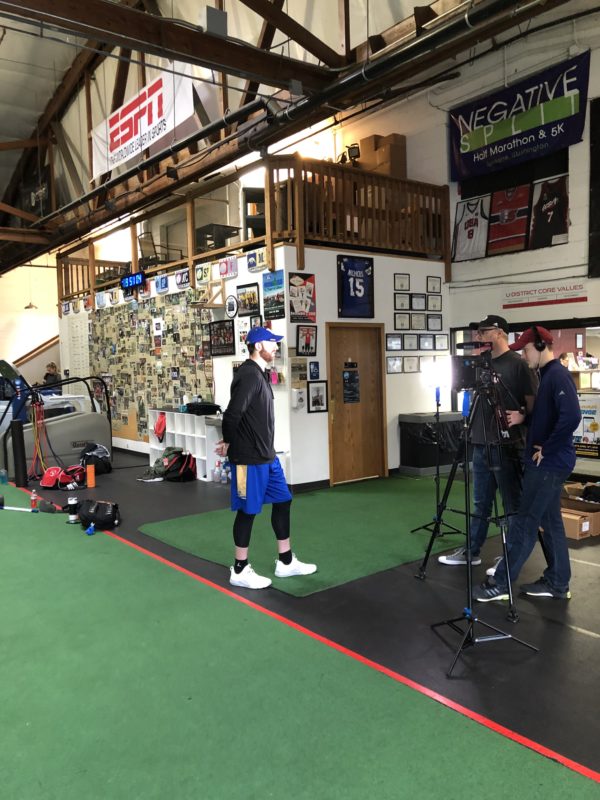 More to come next week but if there is something in particular you want to see you can find me on social @BrodieLawson and be sure to share your memories using #CFLCameraRoll so I can see what memories you’ve been crafting. Stay in, wash your hands and stay well.