TORONTO — The 2020 Canadian Football League Draft is set to kick off this Thursday and CFL.ca and TSN have sideline-to-sideline coverage of the selection process.

Fans can also follow the draft on the go with the official CFL.ca Draft Tracker which will update every pick as it happens. 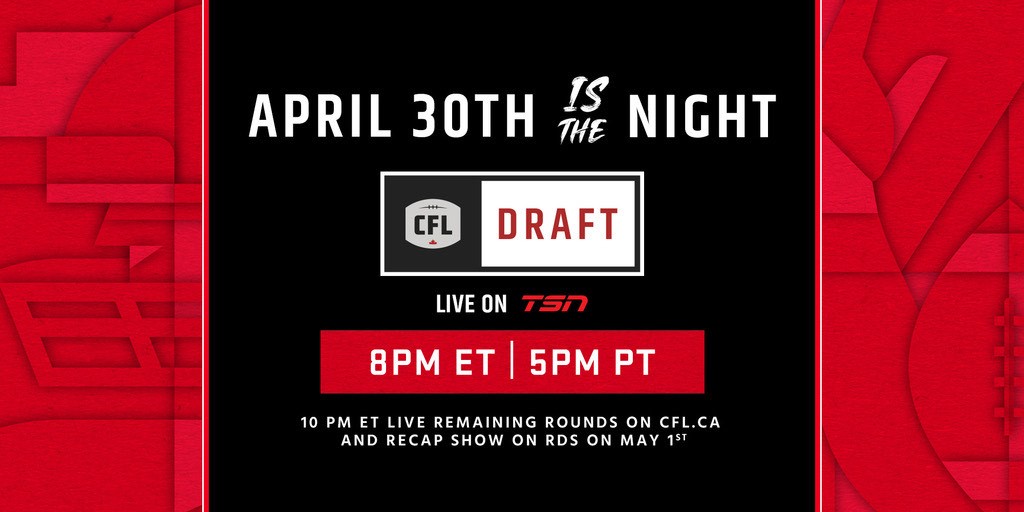 Following the Draft, CFL.ca will have exclusive interviews and analysis with the League’s newest young prospects, along with insights from coaches, GMs and scouts.