Riders roster designed to push club to the Cup 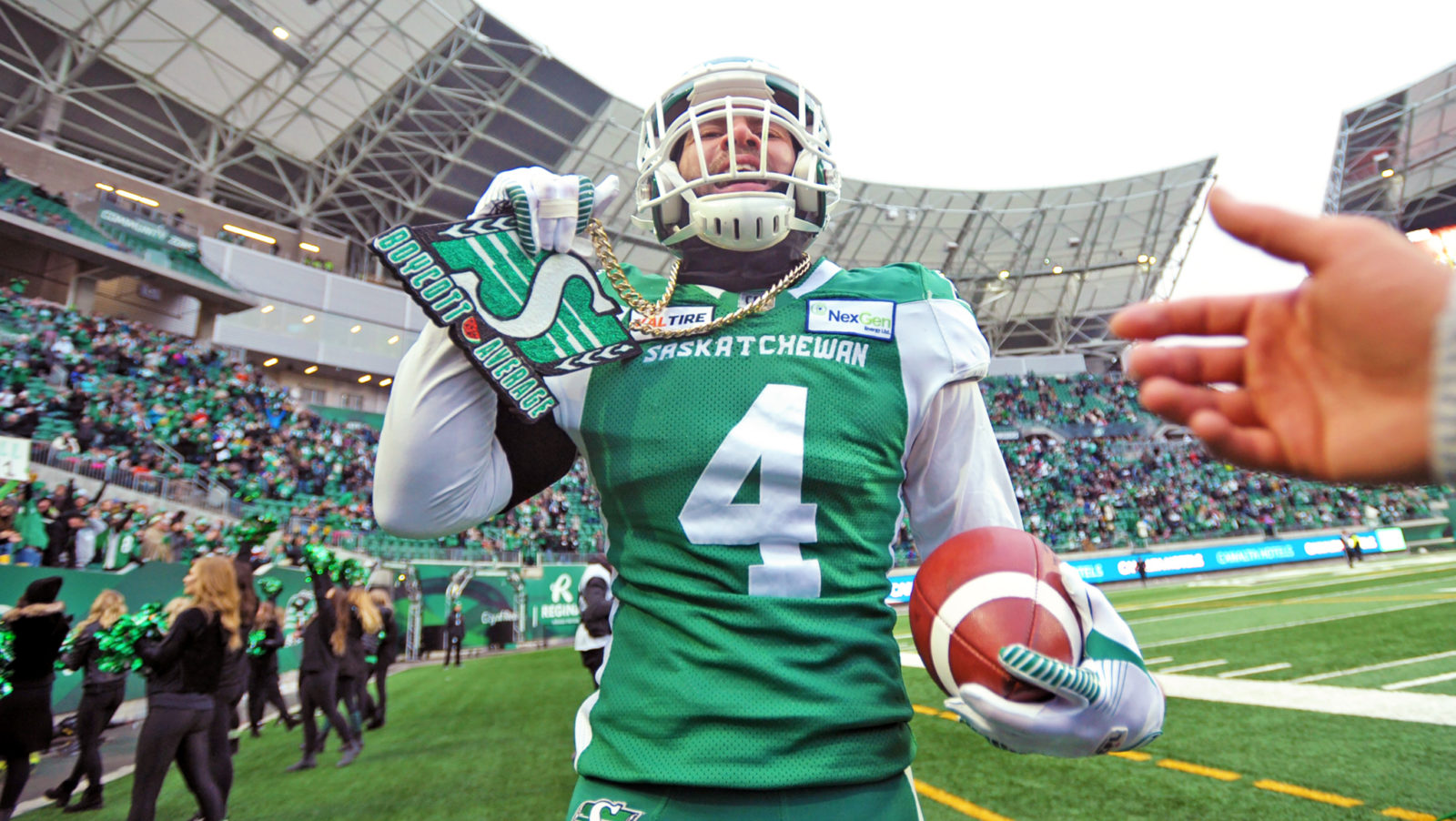 Riders roster designed to push club to the Cup

CFL.ca presents ‘Off-Season Depth Chart’, a series of articles reviewing every team’s depth chart at is stands to date.  Note that these are not official team-issued depth charts, but projections based on insight and analysis from around the league. Additionally, 2020 Draft picks are not included.

REGINA — Many would argue were it not for a goalpost knockdown, we could be reporting on the defending Grey Cup champs, or the best in the at the very least.  The Riders were a fluke play away from getting to the show for the first time since 2013 which is why despite the bitter ending to 2019, the team did not overhaul sections of their roster.  In fact, the majority of their starters on both sides of the ball are in tact and their ratio will change little year-over-year.

Saskatchewan is set up well at almost every key starting position on offence. There is little doubt as to who gets the nod whenever football returns.  Cody Fajardo is the starting quarterback and leader of the offence.  His no. 1 target is Shaq Evans and his tailback is William Powell.  The Riders have added depth under centre as James Franklin looks to reignite his career in Riderville.

Presumably Jordan Williams-Lambert makes his way back into the starting lineup, the Riders have a balanced receiving corps with a mix of size and speed.  With mainstay Naaman Roosevelt now in Montreal, it either opens up an opportunity for a newcomer or gives veteran Kenny Stafford another chance to crack the lineup after being the odd man out late last season. 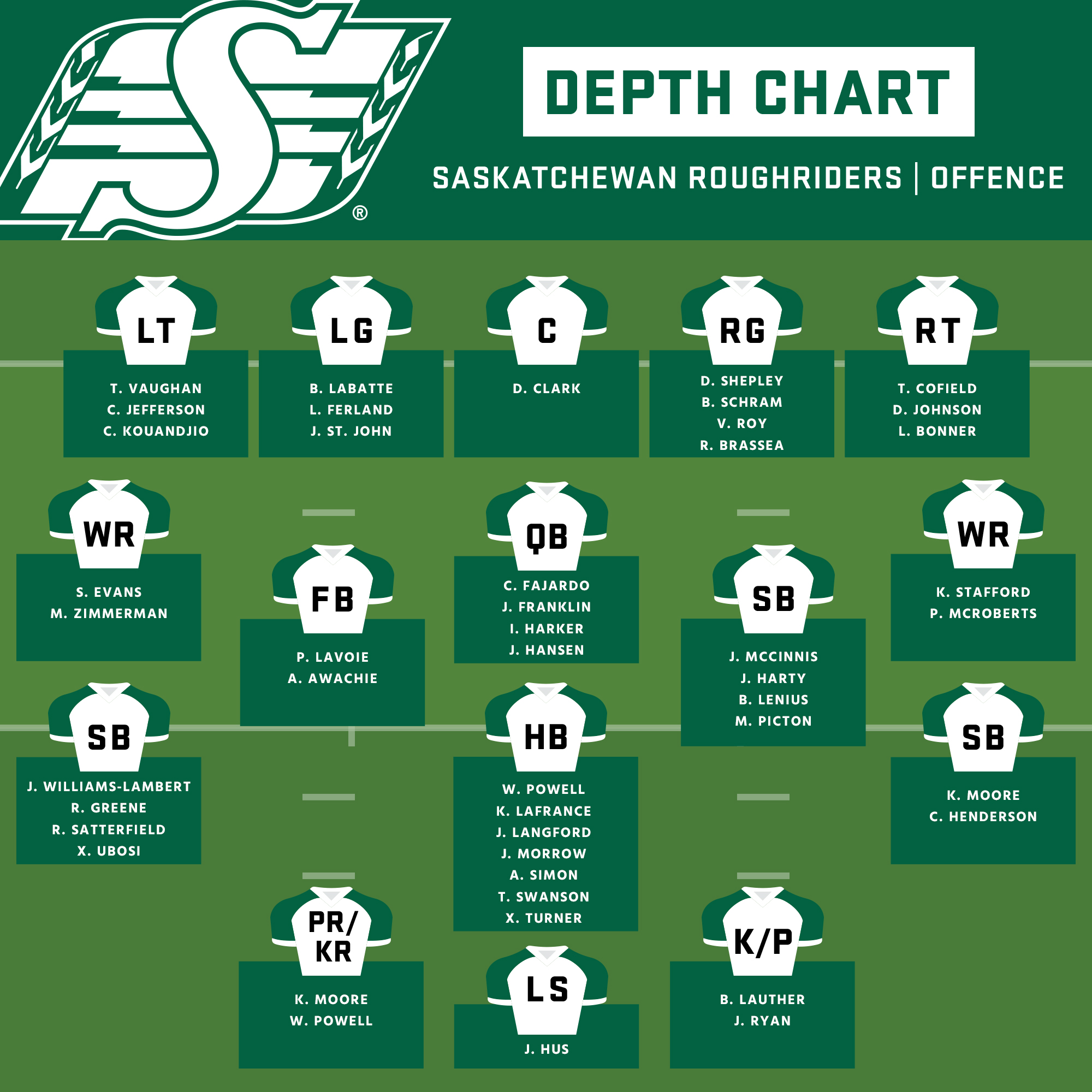 Under new offensive coordinator Jason Maas, the Riders may not utilize the slotback/running back hybrid position like they did when Marcus Thigpen was handling the rock which could make depth at pass-catcher even more important.

One of the most stable offensive lines in the league will see a change, likely at right guard, with Dakoda Shepley the leading candidate to take the starting role previously held by Dariusz Bladek (signed with Toronto).

Last season, the Riders ranked third overall in pass defence and their secondary seems virtually untouched as it relates to starters.  A group boasting Nick Marshall, Ed Gainey and Mike Edem lead the way while all but one major piece will return at linebacker.  Both Solomon Elimimian and Cameron Judge never hit free agency, signed prior to the deadline and the hole left by Derrick Moncrief (who left for the NFL) is likely to be filled admirably by Otha Foster who was picked up in the off-season.

Up front, the Riders kept the majority of their defensive line in tact after tying for a league-best 56 QB sacks in 2019.  Premier pass rusher Charleston Hughes is joined by A.C. Leonard once again to bookend the line while hulking National lineman Mac Henry will take up space in the middle.

The most intriguing spot on the Riders defence may be at the other defensive tackle spot where it could be open competition depending on if they are committed to going Canadian at the spot or not.  With Henry and Zack Evans solidifying one side, it is likely that the other interior lineman spot is occupied by an American which will give the likes of Jeremy Faulk the opportunity to expedite their development. 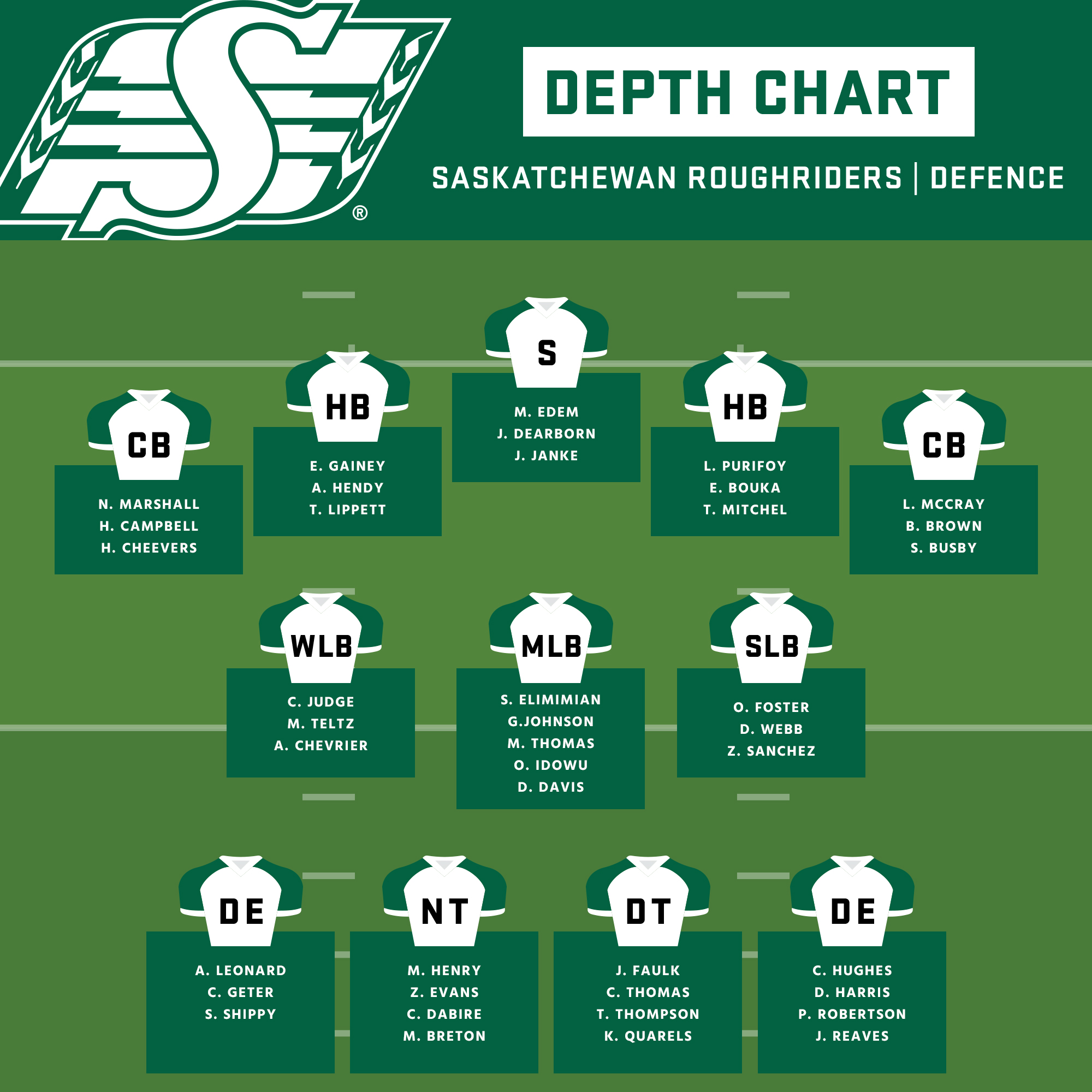 Although there isn’t an overwhelming amount of flexibility as it relates to ratio, Edem, Henry and Judge as starters gives a more-than-solid group of starters on the defensive side of the ball.

The headline here is that whenever camps do indeed open, there will be a clear line drawn between starters and depth contributors which is not only great for continuity but increases competition as young upstarts attempt to steal a job or two away from a vet.