Looking back at the top storylines from the 2020 Draft 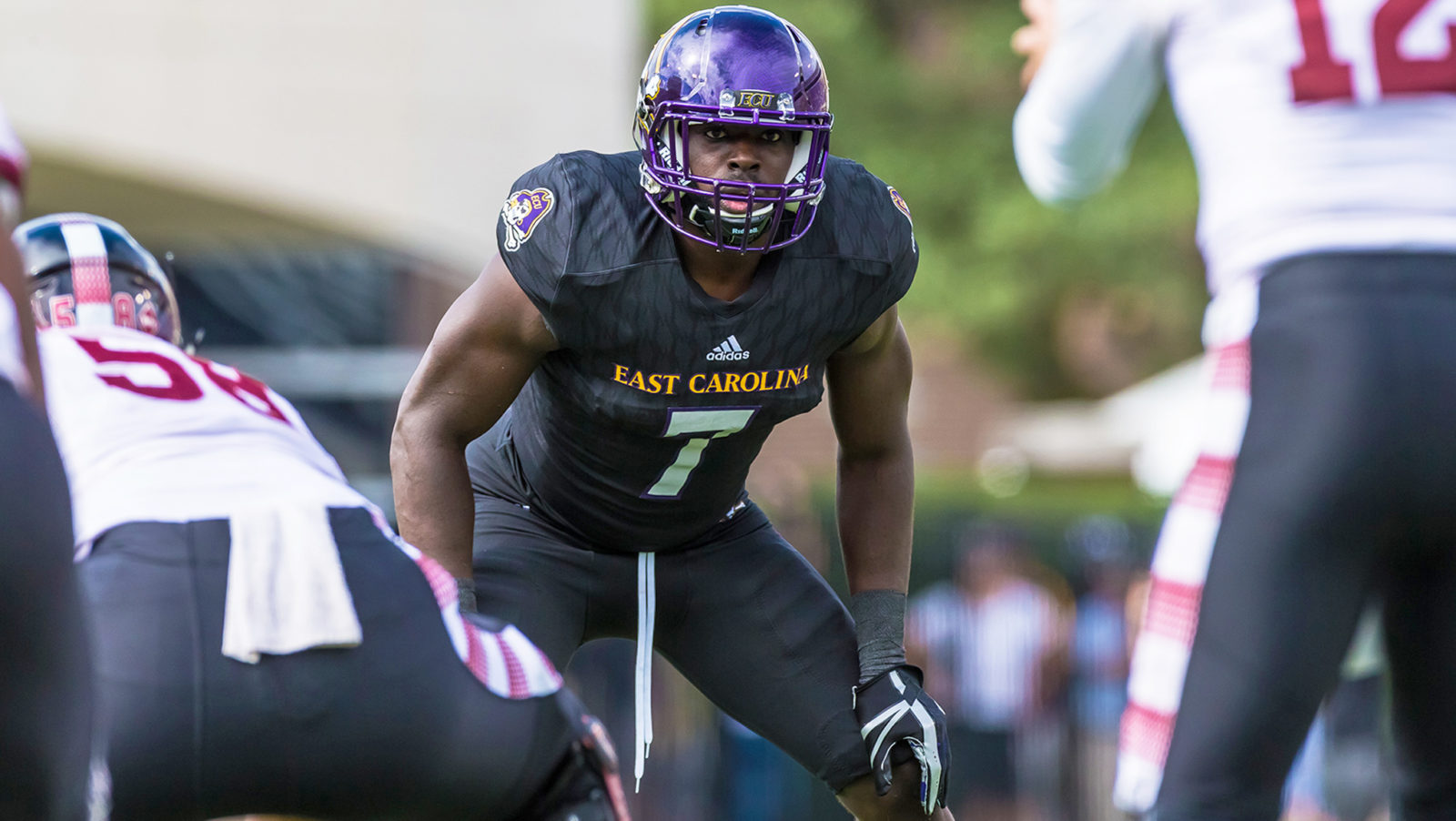 Looking back at the top storylines from the 2020 Draft

TORONTO — Following an exciting build-up to the draft, the nine CFL clubs were able to solidify their respective 2020 classes, landing several individuals that could help them both in the present and future.

73 players came off the board on Apr. 30, and while one of the most important dates on the off-season calendar has passed, there’s still time to look back and reflect on how the night shook out.

On the latest episode of The Waggle presented by Sport Clips, Davis Sanchez and Donnovan Bennett spoke with TSN’s Duane Forde about the major storylines following the 2020 CFL Draft.

The 2020 Draft had already started off as an interesting one. The Ottawa REDBLACKS, who initially held the No. 1 pick, swung that selection to the Calgary Stampeders in exchange for quarterback Nick Arbuckle while also moving back to the sixth pick.

There wasn’t a consensus first selection according to draft pundits, so when the Stampeders thought they could get the man they wanted further down the board, they made a deal. The BC Lions acquired the first pick as well as the 15th overall pick in exchange for the third and 12th picks.

With that first selection, the Leos landed linebacker Jordan Williams, who will be a day one impact player out West for the team. Two picks later, the Stamps still had their target on the board and took little time in scooping up defensive lineman Isaac Adeyemi-Berglund at No. 3.

“Calgary focused in on Adeyemi-Berglund as the guy who would be the best fit for them,” Forde said. “I think everybody kind of knew the link between them and Jordan Williams and it’s because of the Alex Singleton pick and Cory Greenwood last year. Middle linebacker has been a Canadian position for them the last several years. There’s a limited number of guys who could step in and start in terms of Canadians.

“I think the assumption was that Calgary would stay Canadian at that spot. But when you look Calgary’s roster, you realize they don’t have to. …So they were kind of looking to go a different way. So I think that Calgary moved down knowing they could still get the guy they really wanted and was a fit for their lineup.”

Following the first three picks, the run for offensive linemen started, with four going with the remaining six picks in the first round. Tomas Jack-Kurdyla was the first off the board, going to Edmonton at fourth overall. He was followed by Coulter Woodmansey (5th overall), Mattland Riley (7th overall) and Theren Campbell (9th overall).

However, those would be the only individuals selected through the first 21 selections. Not a single blocker was taken off the board in the second round. 15 offensive lineman were taken on the night, with several individuals that were highly rated in both rankings in mocks slipping down the board.

The largest slide of anyone at the position was Ketel Asse, who was expected to be one of the top individuals off the board. He was taken in the eighth round by the Ottawa REDBLACKS with the 65th overall pick.

“Even if you don’t necessarily see guys as first-rounders, you’re going to see some O-linemen get pushed up because of the demand at the position,” Forde said. “Nobody really knew where everybody else had O-linemen pegged, So it was kind of like once Tomas Jack0-Kurdyla was off the board, you saw teams going ‘OK, I better go get my guy because I don’t know who has my guy next or how high they have him rated.

“It’s kind of like teams made the decision to get O-linemen early and they just forgot about the position, like everyone moved onto other needs and getting special teams guys. Then it was almost like late in the draft, teams were like, ‘Oh yeah, Asse is still on the board,’ as they get to the start of round eight and it’s like they forgot about him because they moved off the O-line thing.”

With teams deciding to steer away from offensive lineman, there was the usual lack of quarterbacks selected, as only Ohio pivot Nathan Rourke was taken. He landed out West with the BC Lions, who took him with the 15th pick they acquired from Calgary.

Rourke is a two-time Jon Cornish Award-winner who has a proven track record of winning in the NCAA. He’ll now have the chance to learn on the job behind two-time Grey Cup champion and 2017 Most Outstanding Player Mike Reilly.

“I think that they recognize that he has a chance to go in there and compete for the No. 2 spot this season,” Forde said. “Much has been said obviously when you look at Nathan Rourke‘s resume and what his physical skill set is, it’s a perfect fit for the Canadian Football League.

“For a young quarterback to go in, I can’t imagine a better mentor and a better example to learn from than Mike Reilly, so I think it’s a fascinating situation for Rourke and the storyline to watch in BC’s camp.” 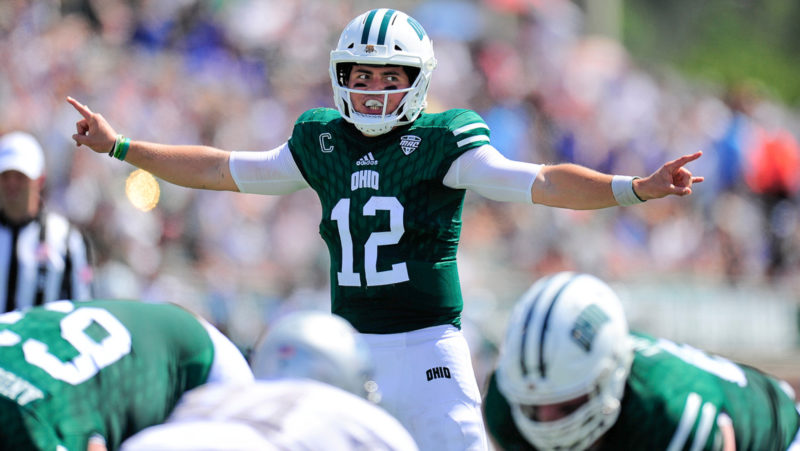 With the draft over, the conversations have already begun when it comes to who the biggest steal may be following the draft. CFL.ca’s Marshall Ferguson believes it could very well be Asse, who he had highly ranked and believes can make an impact if he displays the same abilities he had while playing for the University of Laval.

He also brought forth Neville Gallimore’s name, but there’s a chance that he may never see a snap north of the border due to his current situation in the NFL.

However, Forde thinks one of the top pass-catchers off the board could be the sleeper of the entire draft.

“A guy that stood out to me in the lead up to the draft was Kian Schaffer-Baker, who ends up going No. 30 overall to Saskatchewan,” Forde said. “I think he wa san absolute steal in the fourth round where, to me, this was one of the top couple of receivers in the draft. We talked about the elite, explosive athletes in the draft, he was a guy who fit into that. But he’s not just an athlete. When you watch him play, he’s a guy that uses his size and his leaping ability to get open, to make contested catches.

“So he’s the guy that I’m going to be watching very closely to see how things pan out. But I’m a believer.”

Every one of the picks will be looking ahead to training camp, where they’ll have the opportunity to prove to their respective teams that they made the right choices in selecting them.

There are a number of individuals who will be extremely intriguing to watch heading into the 2020 campaign, but they have to put the work in to be given the chance to shine this season.