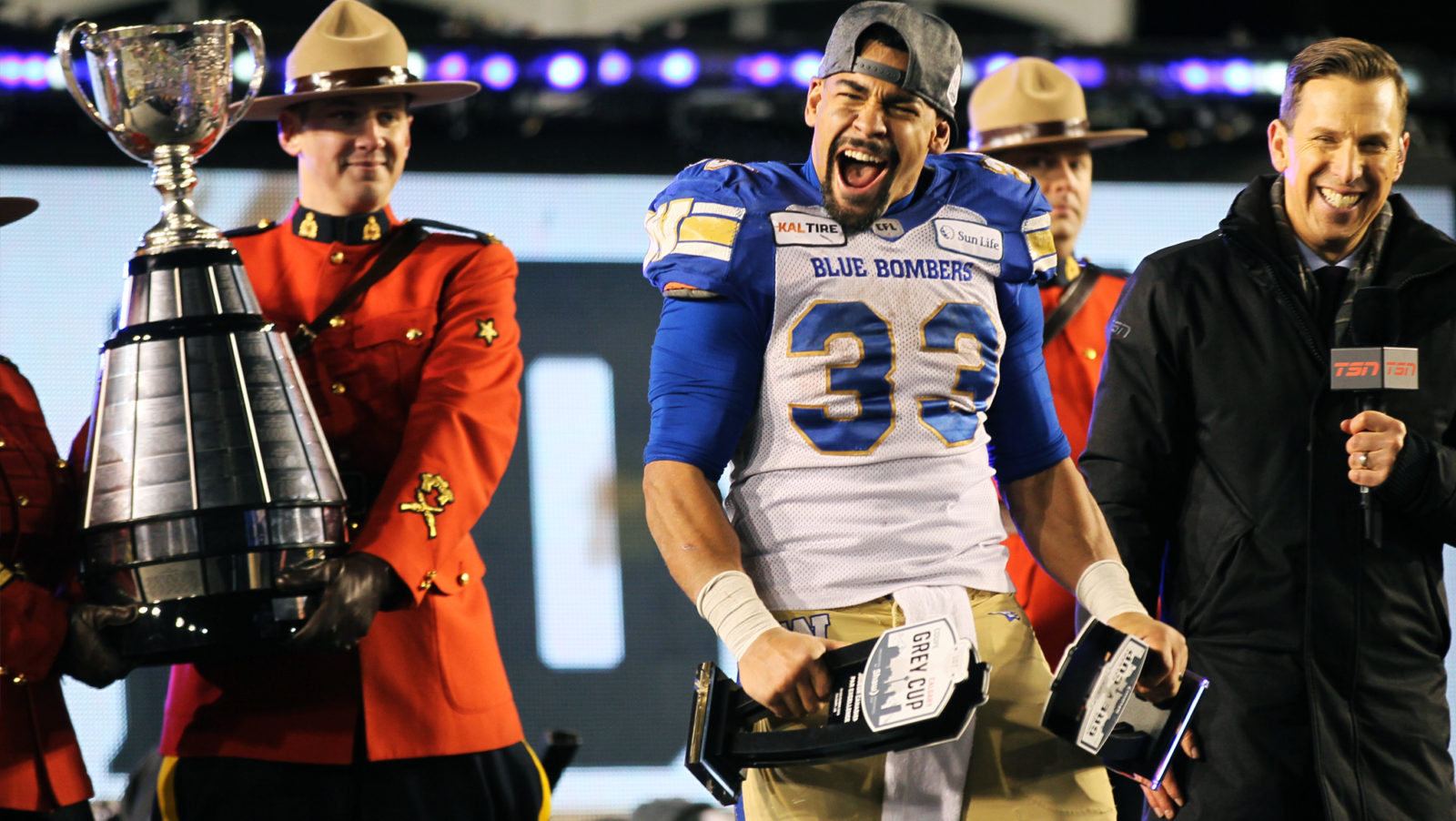 Andrew Harris stepped onto the stage of the Grey Cup post-game in Calgary fully aware of the history that had been made.

No one needed to tell the Winnipegger about the drought that the Blue Bombers had just emerged from that night in Calgary. With their 33-12 win over the Hamilton Tiger-Cats, the Bombers had won their first Grey Cup since 1990. The longest championship drought in the league was finally over.

Maybe Harris figured he had a good shot at being named the game’s MOP. He’d turned 18 carries into 134 yards and a touchdown that night in Calgary and added in 35 receiving yards and a touchdown on five catches, to boot. He was the catalyst to an offence that produced time and time again when it got onto the field.

To watch Harris now, standing on that stage, basking in the moment, he seemed unaware of the news that was waiting for him next. 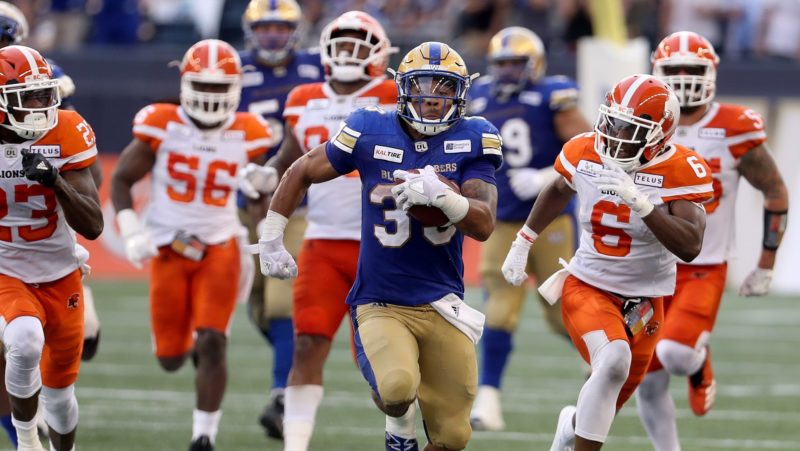 For as much as these post-game moments live on in TSN and CFL.ca lore, in truth, in the moment, they unfold quickly. It’s all a tight, TV deadline-driven process. The celebration, the doling out of the individual awards and the presentation of the Grey Cup are as uptempo as any no-huddle offence that’s working against the clock in the fourth quarter.

So maybe now, six months later — especially now, given the circumstances — those words have time to hit home and Harris’ feat can truly settle in. The CFL has seen so many talented Canadian players over the years. We may have never seen one like Andrew Harris.

The doubling up of the awards in the Grey Cup — not to mention helping end the Bombers’ drought — puts Harris in a category on his own. That separates him from an uber-talented group that includes Jon Cornish (who, were it not for injuries could be the topic of this article as well; you can compare and contrast the two tonight on TSN), Ben Cahoon, Dave Sapunjis, Rocky DiPietro, Tony Gabriel, Russ Jackson and Normie Kwong, to name a few over a span of 65 years.

Harris’ performance against a Ticats’ defence that allowed a league-best 344 points last year felt like a coronation. After a tumultuous year that was upended for him by a failed drug test — he maintained that the source was a contaminated supplement — Harris used the league’s biggest stage to show his dominance.

The controversy hit him from all corners: fans, fellow players and voters on year-end awards and it stuck with him well beyond the two-game suspension he served. He was in the running for both Outstanding Canadian and MOP during the season but lost out on those honours. He used Grey Cup Sunday to claim what was his and he seemed to enjoy every second of it.

He admitted after the game that having his integrity questioned was the hardest thing he’d ever dealt with in his life.

“To me, it’s been a lot of negative attention about everything that’s gone on,” he said at the post-game interview table.

“I just wanted to come out here and play my best game and I was able to do that. I’m just proud of my teammates for supporting me and my friends, my family. This was a big game for me and I wanted to play my best.”

He did that and did something that had never been done before. At 32, Harris has his name all over the record books already. Whether it’s 100-plus-yard games (he’s at 26 now) or 1,000-yard seasons (he has five and three in a row), he’s chasing down and passing the greats that have played running back in this league, regardless of which passport they hold. He passed Kwong to become the all-time Canadian rushing leader last year and while he’d be in tough to make up the 7,000-plus yards he’d need to catch George Reed and Mike Pringle for the all-time rushing lead, Harris is already one of the best to ever play in the CFL.

What we see out of him for the remainder of his career — perhaps that elusive 1k/1k season? — is just icing on the cake and history unfolding in front of us.