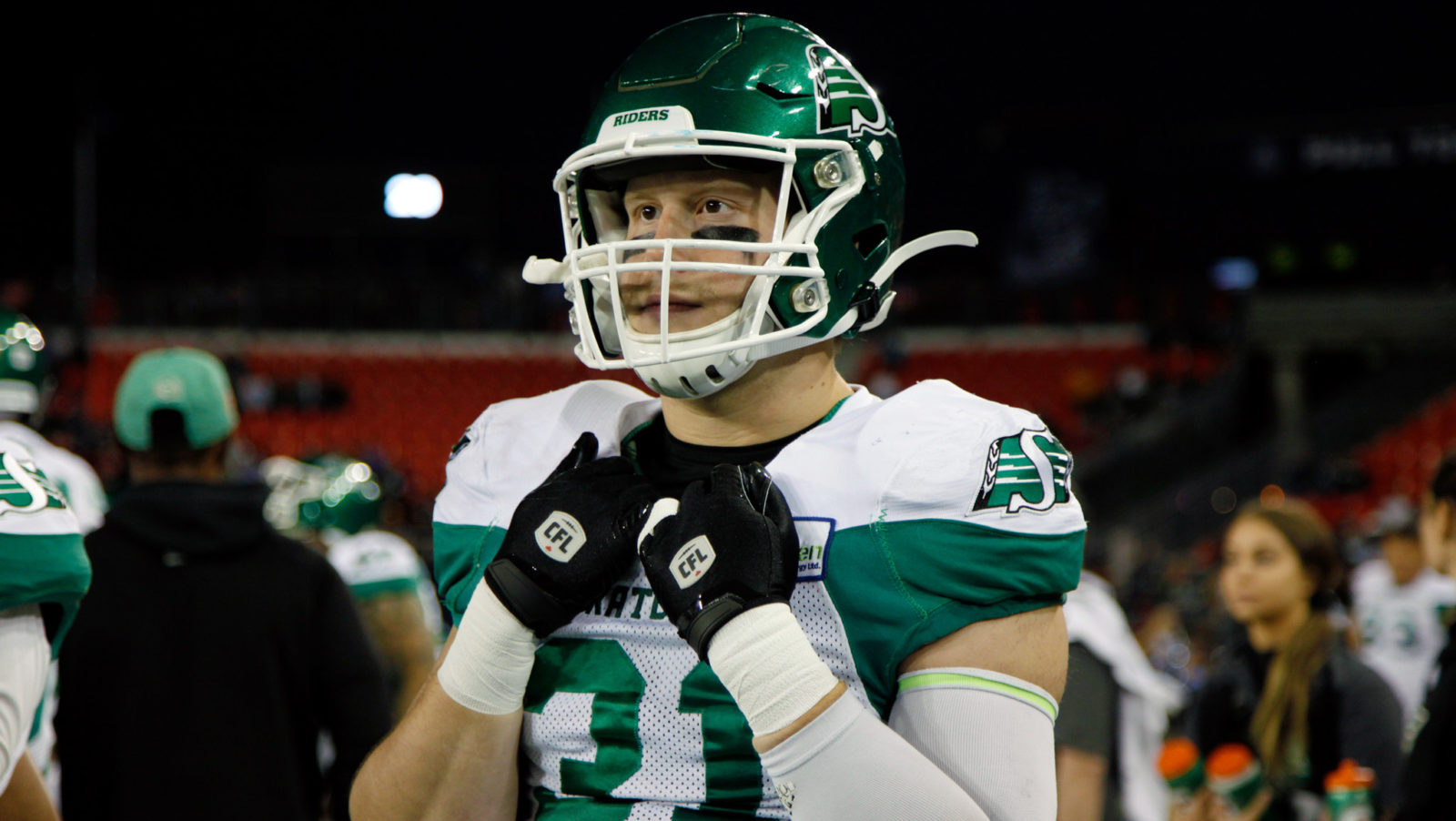 Saskatchewan Roughriders linebacker Sam Hurl has announced that he is retiring from football.

“It’s become that time. I’m ready to hang ’em up,” he said on Growing the Game with Ballsy. “I always said to myself if I could land a job in a reasonable time frame that I would hang up my cleats and start working on something else. It’s become that time and now that I’ve had this job for a couple of months and I’ve settled in a little bit, I can say to myself more comfortably that I’m going to retire.

“With this job, it’s a great opportunity for me to kind of get into the real world and start trying out different things. I turned 30 in April and just the way my career went, I think it’s time.”

He later followed that up with a thank you via Twitter.

I am officially hangin em up! Check out the pod with Ballsy if you are interested! Thanks to everyone along the way, I am so grateful and lucky to have got the opportunities I did. Now onto the next chapter. https://t.co/jxspWnhHmv

Hurl has eight CFL campaigns under his belt, with his time being split between the Roughriders and the Winnipeg Blue Bombers.

He appeared in nine games during the 2019 season and finished the year with five tackles on special teams.

Hurl has landed a position with a local real estate firm and will move onto the next chapter of his life away from the field.