TSN and ESPN+ will be continuing their broadcasting of classic CFL games by throwing it back to the 2008 Division Finals.

On Friday, they’ll be airing the 2008 Eastern Final between the Montreal Alouettes and Edmonton Eskimos. The second half of the broadcast will be the Western Final from the same year, which featured a finish that went down to the final buzzer. 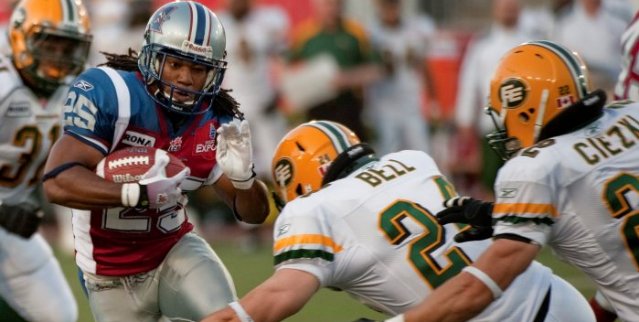 The Big O’ was the site for the 2008 Eastern Final between the Montreal Alouettes and Edmonton Eskimos.

It would wind up being one of the biggest games of Larry Taylor‘s career, as the receiver managed to take two punts back to the house. The first came after he corralled a bouncing ball, split up the middle before bouncing it to the sideline for the score.

Taylor’s second return TD saw him blow right up the middle of the Edmonton tacklers for a 97-yard major.

Montreal took the game and advanced to the 96th Grey Cup. 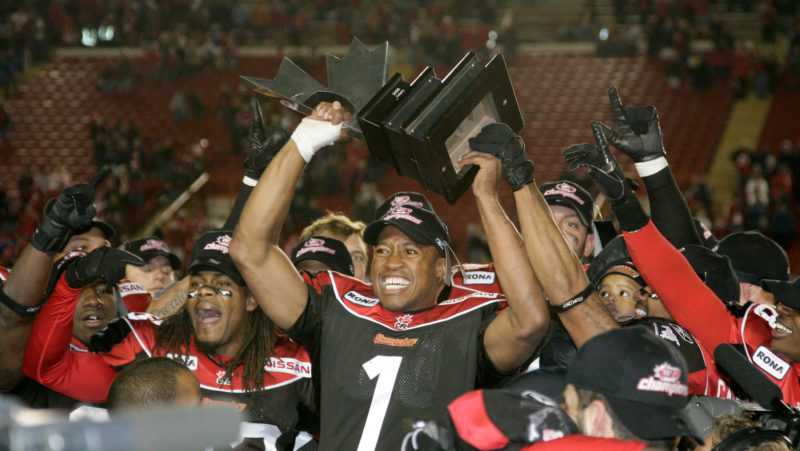 The Calgary Stampeders took their first lead of the Western Final with just over 11 minutes to go in the game, with quarterback Henry Burris calling his own number for the 1-yard major.

BC Lions pivot Buck Pierce tried to answer, but a Brandon Browner interception meant the Stamps could run out the majority of the clock, but Burris’ heave through the air on third down went incomplete and left a second on the clock — it also gave the Leos the ball in Calgary’s half of the field.

With one shot left, Pierce rolled to his right and heaved the ball to the end zone, but the last-ditch effort would come up just short, sending the Stamps to the championship game.