A legend in the CFL, Bob O’Billovich, is celebrating a milestone birthday.  The former coach, general manager and executive turns 80 today and on behalf of the entire CFL community, we want to wish “Obie” a Happy Birthday!!! 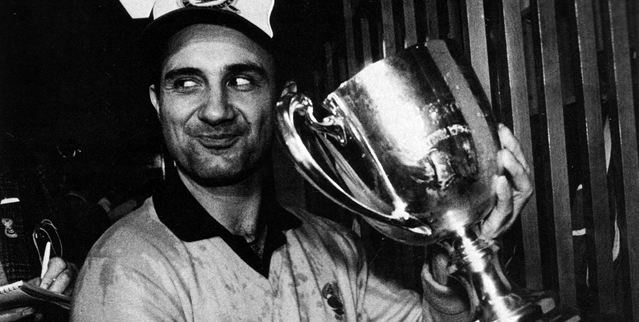 50 years after beginning a journey through the Canadian Football League that included stops as a player, coach, and executive.  His CFL career began in 1963 when he signed with the Ottawa Rough Riders in 1963 and would go on to play five seasons and 69 games in the nation’s capital at defensive back.

O’Billovich later joined the coaching ranks in 1974 as a guest coach with the Rough Riders, eventually becoming an assistant in 1976, helping Ottawa with their last Grey Cup.

In 1982, O’Billovich was named head coach of the Toronto Argonauts, a position he would hold for eight seasons. During his stint with the Argos, he compiled the most wins in Argos history (89), two CFL Coach of the Year awards (1982, 1987), five East division titles and three Grey Cup appearances.

Before joining the Black and Gold, O’Billovich served as the BC Lions’ director of player personnel, a role he held from 2003 until his appointment as Ticats general manager in December of 2007.  He was promoted to vice president of football operations in 2012.