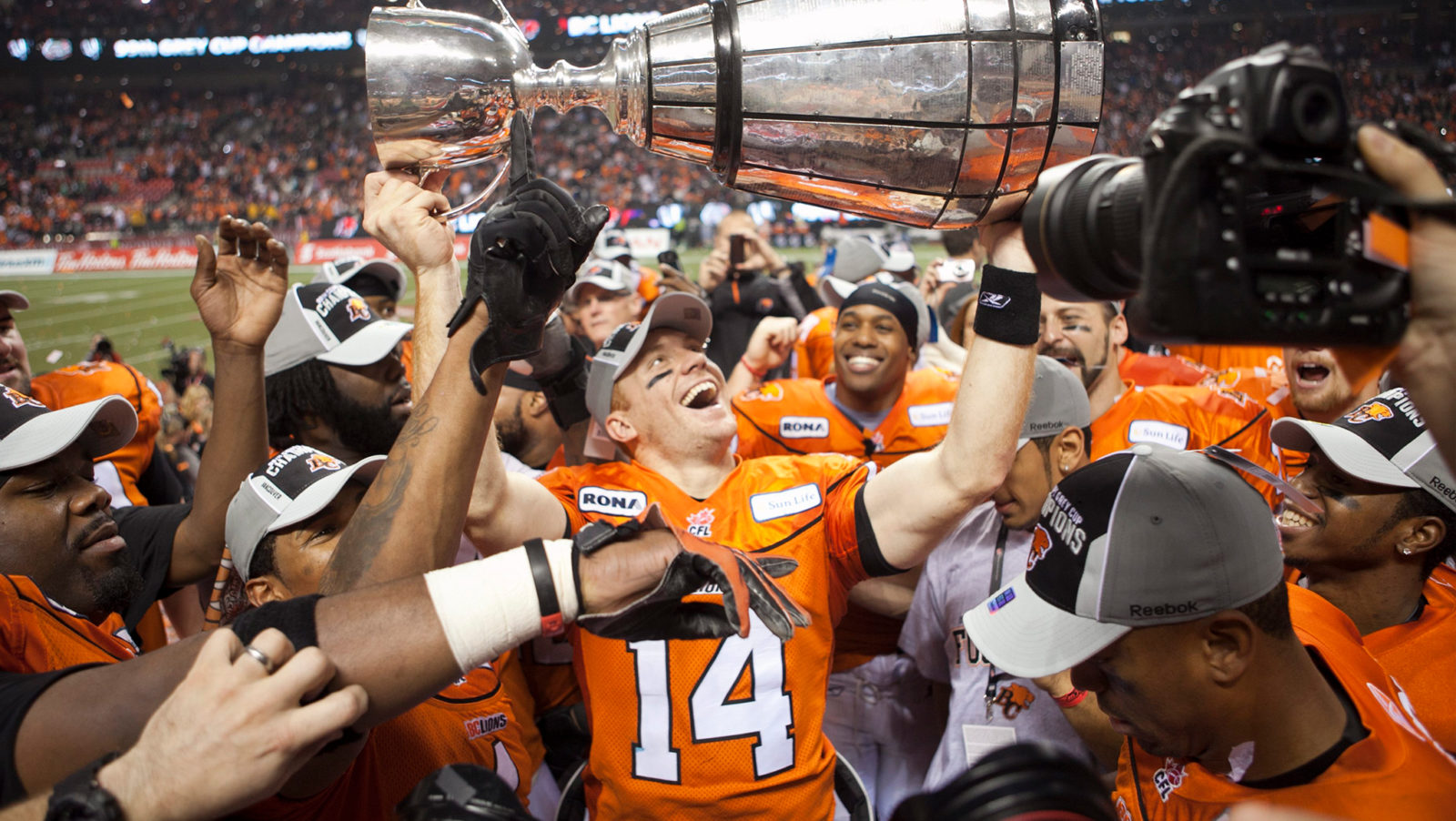 TORONTO — It is one of the most iconic single-season turnarounds in history and now the 2011 BC Lions are reuniting virtually to relive a storybook season that culminated with a Grey Cup title on home turf.

In the first episode of Remote Reunion driven by Kubota, quarterbacks Travis Lulay and Mike Reilly, receiver Geroy Simon and defenders Ryan Phillips and Korey Banks virtually reunite to take fans through the game as they re-watch it together.

After beginning the season 0-5, the Lions went on to capture the Grey Cup at home under the bright lights of a refurbished BC Place, matching the 1994 edition of the team as the only ones in franchise history to be crowned champions in Vancouver.

WATCH THE 2011 BC LIONS REUNITE BELOW:

The Lions hoist and host was not only possible due to the aforementioned midseason turnaround, the squad opened up a refurbished stadium in the fall of that year, one that featured the largest videoboard in Canada.  It cemented Lulay as a star in the CFL and launched the career of tailback Andrew Harris who took over in the backfield as a rookie.

A 10-episode series, Remote Reunion driven by Kubota, will surprise the likes of Doug Flutie, Warren Moon, Geroy Simon, Jeff Garcia and Tracy Ham with former teammates to re-watch and recount championship moments and historic games from the past 30 years.

The next episode will feature the Flutie-led 1996 Toronto Argonauts.  For a complete list of episodes, click here.