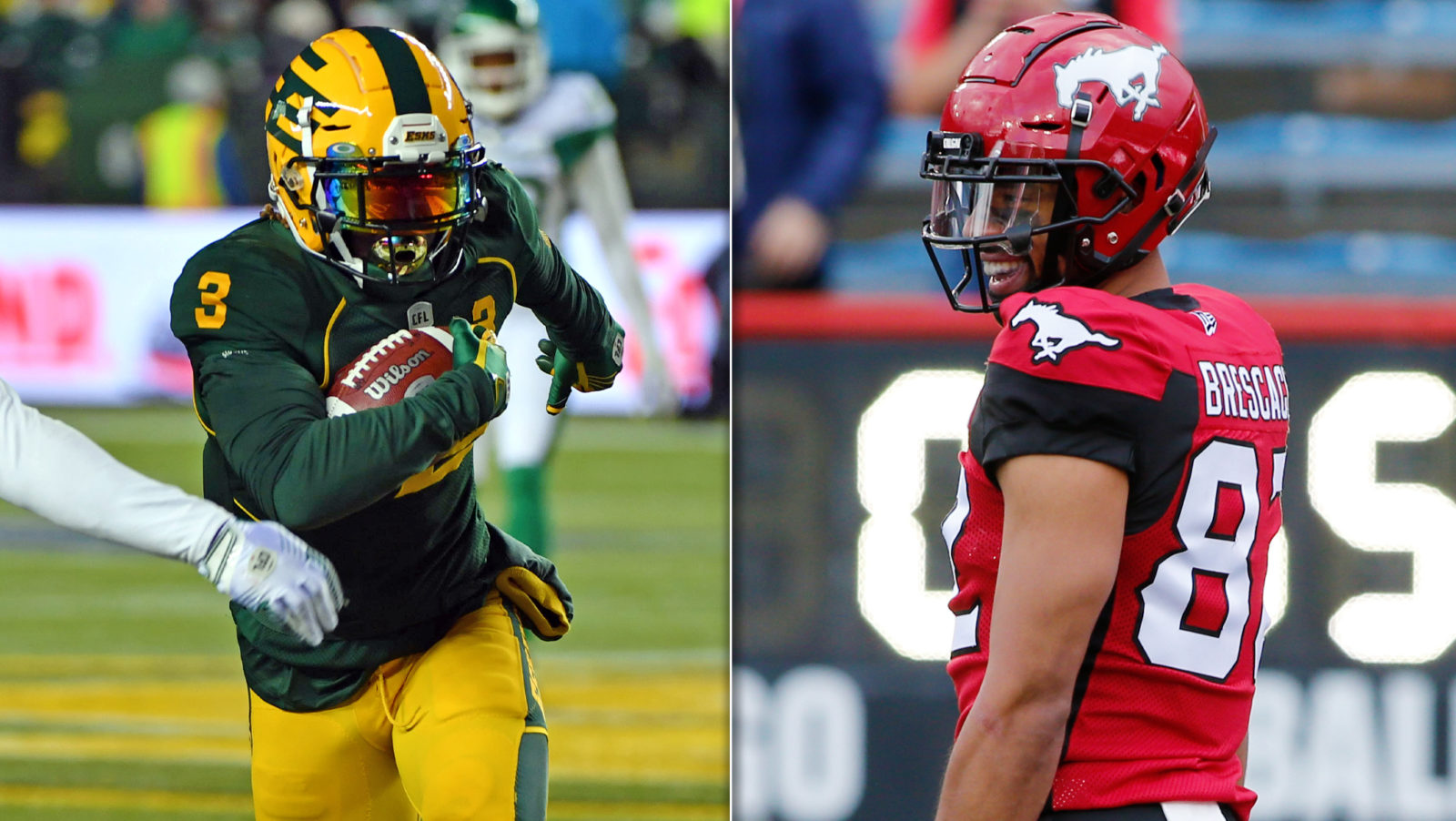 Natey Adjei and Juwan Brescacin are no strangers to the city of Toronto.

The pair each grew up in nearby Mississauga, Ont, and while their respective football journeys pulled them in different directions, the local products have connected once again to help lead a new-look receiving core with the Toronto Argonauts.

On the latest episode of The Waggle presented by Sport Clips, the pair of newly minted Toronto Argonauts receivers joined Donnovan Bennett to discuss life, coming home, off-season workouts and how they’ve been staying busy during the COVID-19 pandemic.

EPISODE OVERVIEW: Toronto Argonauts Natey Adjei and Juwan Brescacin both grew up in the GTA and after playing in the West Division they felt pulled to come back home. Juwan and Natey talk about what’s brought them home and what is keeping them busy outside of football.

After two consecutive 4-14 finishes, a front office switch took place. Jim Popp was relieved of his duties near the end of the 2019 season, with Clemons stepping in as his replacement. Murphy was also named to his new position on the same day Clemons was brought in.

Lastly, Corey Chamblin was also let go and Dinwiddie, who was with the Calgary Stampeders as a quarterback’s coach for the previous four years, stepped in as the new head coach.

The group made it a point to bring in Canadian talent to fill out their roster, with the majority being local products. Of their initial 15 signings made in the opening week of free agency, eight were National players. That’s also not including Adjei, who signed before free agency opened.

For Adeji, this is his second go-around with the Double Blue. He first joined the organization back in 2014 and spent two years with the team before departing to play for the Edmonton Football Team in 2016. He’s spent the last four seasons out West.

2019 served as the 30-year-old’s best season to date, as he reeled in 58 catches for 534 yards and a pair of touchdowns while appearing in all 18 games. After the season ended Adjei was a pending free agent, and after nothing came of a new contract extension, he was released.

“Honestly, once that surprise release happened, the only place I was looking to was to come home,” Adjei said. “When you go away and you’re out West, you miss so much, like birthday parties, weddings and just stuff that you become accustomed to. Once you’re a professional, you have to go (away) and it takes a toll on you.

“I obviously had a great time in Edmonton, and I definitely wanted to finish my career there. But once it ended, the only place I was looking to go was Toronto, and if it worked out with the front office, it was a no-brainer for me.”

Brescacin is returning to familiar surroundings after leaving his home from a young age. He’d departed for a military academy in the United States when he was 15 so that he could play basketball. It was there that he started playing football, and the rest is history. He earned a scholarship to Northern Illinois and spent his entire collegiate career there. After that, it was off to Calgary, where he had played since 2016.

He was off to a great start in 2019, making 11 catches for 168 yards and three majors through four games, but injury troubles would derail his season before he could truly hit his stride.

The 27-year-old was also a free agent, and in a contract year, he wasn’t able to get out on the field to show what he could do. Luckily, the Argonauts showed interest and made it a point to make him one of the focal points of the passing game, bringing him in alongside DaVaris Daniels on the first day of free agency.

“When the opportunity came and I saw that RD (Dinwiddie) was the head coach, I thought that this might be my chance to get home,” Brescacin said. “I kind of kept it a secret from my family. But (Natey) knew. He was like LeBron trying to recruit people to Toronto.

“When I landed in Toronto, the first place I went was to see my grandparents. My grandma throws down in the kitchen. You don’t get that cooking when you’re away from home so I’m here now and I’m soaking up every bit of being home.

Little did either man know that they’d have to wait longer than expected to make their season debuts with the new squad. The COVID pandemic brought sports to a complete standstill. But with the group in place with Toronto, they’ve all been able to remain close.

Brescacin and Adjei have been training together with the likes of Jesse Korona as well as Shea Pierre to get ready for a possible season. Brescacin says that he’s as lean as ever and is getting help with his knee. As for who’s the guy that has been killing it in the gym this off-season, Brescacin said it was himself, however, Adjei has another answer.

“I was going to say Juwan, but he wants us to say that. I’m going to say Dejon (Brissett),” Adjei said. “I joke with him all the time, but he’s not around other people and he’s been outside more than inside, and that’s not a bad thing. He’s by himself and he’s being safe and he’s been working hard.

“He’s literally fresh out of college, he has nothing to do. He wakes up, goes and runs and does the things that college kids would do. He plays video games and works out.”

Brissett, another Mississauga native, was selected by the Argonauts with the second overall pick in the 2020 CFL Draft. The receiver spent the majority of his college career with Richmond before transferring to Virginia for his final season in the NCAA.

He’s been getting in off-season work, posting workouts of his mother throwing him 5-yard passes in their backyard.

“He’s been trying to get me to do field days with him and I’m just like, ‘Relax, relax, I have old knees. I can’t be doing that stuff,'” Brescacin said with a laugh. 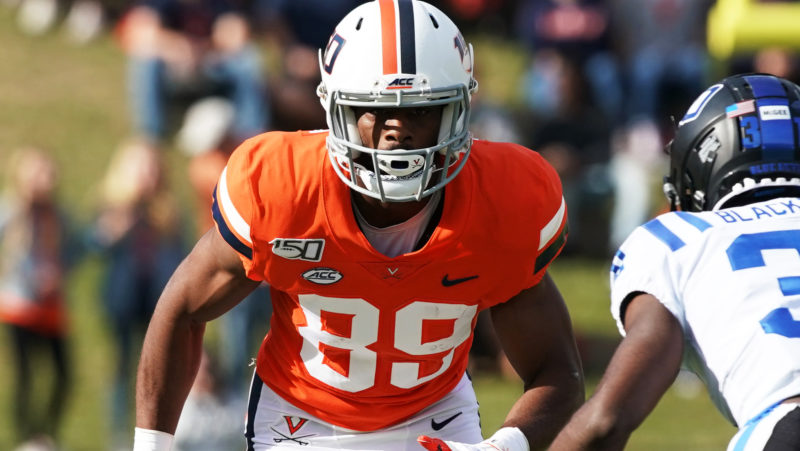 The pair have also gotten into different activities during their time away from the field. Adjei has started his podcast “All Ball,” which has featured the likes of Trevor Harris, Adarius Bowman, Bennett, and most recently, Toronto Blue Jays great Jose Bautista.

As for Brescacin, he’s been proactive following the murder of George Floyd and the protests that ensued, creating Black Dollars TO, a page on Instagram that promotes black business and products.

“I’m promoting black businesses in Toronto, and the surrounding areas and just you know learning a lot about the black community, which I support and Natey supports and we just want to see them do well,” Brescacin said.

Brescacin will also be putting on a Call of Duty tournament, which will feature the likes of Bo Levi Mitchell and new Argonauts quarterback Matt Nichols.

“We talked about it, but I told him that I’m not a player but I’ll help promote it,” Adjei joked.

Despite what they have going on now, their respective eyes are firmly set on playing football in 2020.

Winnipeg was tentatively chosen to be the hub city should a CFL season take place later on this year. Now, the players have to wait and see if they’ll be returning to the gridiron.

At the beginning of the off-season, Brescacin and Adjei were both looking forward to playing in front of their friends and family at BMO Field, but in these times, they’ll have to wait for that opportunity.

“We talk about that frequently, and we came home to play at home and enjoy that Eastern weather,” Brescacin said. “I was out West for a while and then the news comes down that we might be playing in Winnipeg and I’m like, ‘Man, it’s about to be winter out there soon.'”

Regardless of the location, they’ll still have a chance to play the game they love and lift a Grey Cup in the process if a season does happen. Until then, however, they’ve been able to keep busy.