Like many great diehard fans of the Canadian Football League, long-time BC Lions season ticket holder Darshan Singh will be having major Grey Cup withdrawal in a couple of months’ time. It is one of the many factors that led the 39-year old Singh to etch his name on the Grey Cup Fan Base.

Starting this week, bclions.com will feature stories from fans on what both the Grey Cup and Fan Base initiative means to them. First up is Singh, one of the club’s most vocal supporters at BC Place and on social media where his profile picture proudly displays him and his young kids, aged five and three, donning their orange.

Taking a year off of Lions football and the Grey Cup celebrations set for Regina in late November will no doubt be an adjustment. But the Grey Cup Fan Base will help solidify Singh’s excitement to be back in 2021 and beyond. 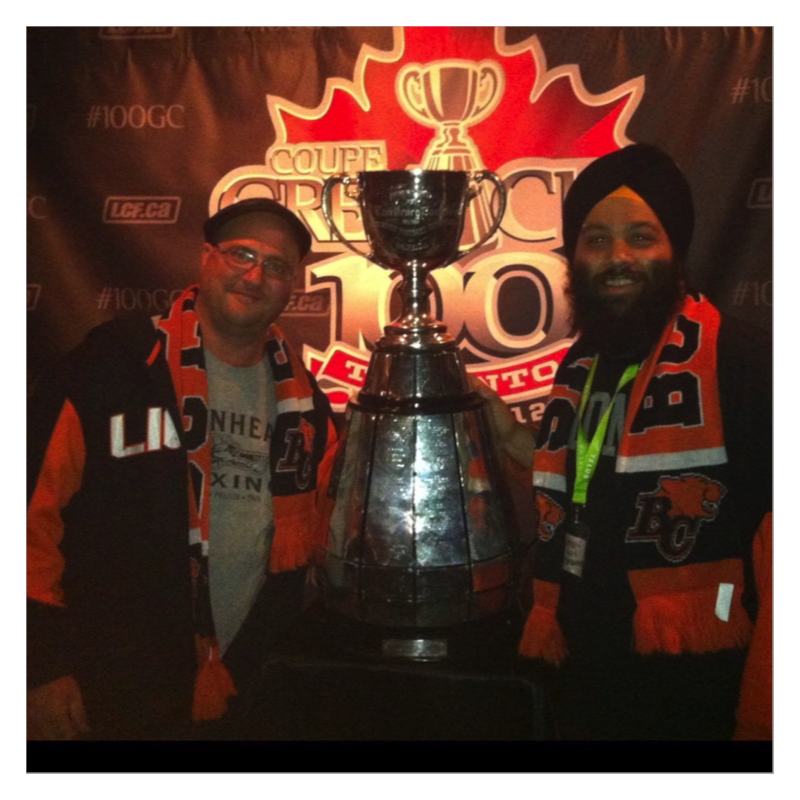 “It’s just an opportunity to be part of the 107-year history of the Grey Cup,” explained Singh, a season ticket holder for the Lions since the early 2000s.

“I have been to probably ten Grey Cups in my years as a fan of the game. Just being a part of it was too good to pass up. To even just show my kid in 30 years that my name is on the fan base, that’s something that’s going to live on forever.”

Everyone has great stories about what makes the Grey Cup a unique entity in the Canadian sports world. Although many observers feel the future of the CFL might depend on being less reliant on the “Canadiana” aspect of the league, the country’s national football championship will always be extra special to Singh and the other diehards who take in the festival every year.

“The Grey Cup is a very unique experience that cannot be replicated in any other sport,” he said.

“I have been to the Stanley Cup Final, NBA Finals, two Super Bowls and the ALCS in baseball. Nothing compares to the Grey Cup because the people and fans are what make it so special. It doesn’t matter if your team is in it or not in it.” 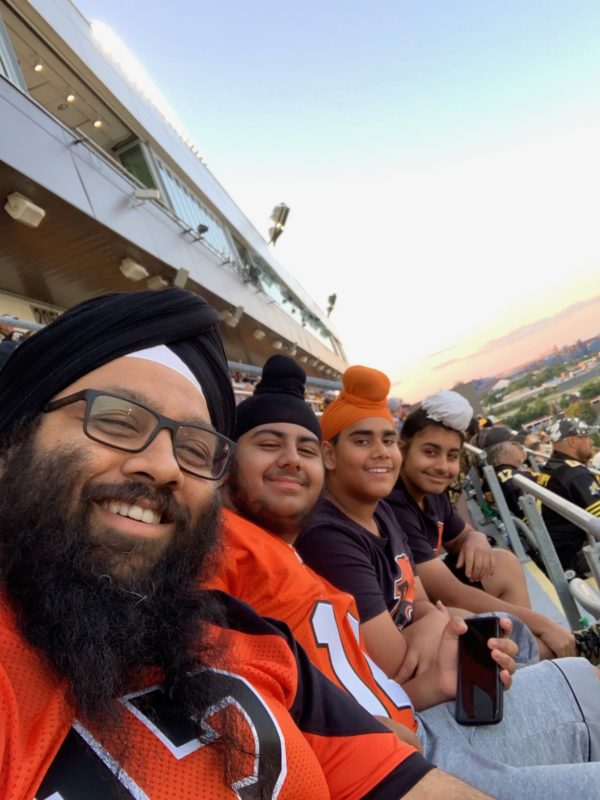 Singh is far from an exception to how many fans embrace the Grey Cup tradition. One of the great things about the yearly November bash is it represents something the CFL has always prided itself on: being inclusive to everybody.

“With the Grey Cup, even if you don’t go to the game, if it’s in your city you can go to the festival. Lions Den, Spirit of Edmonton, Touchdown Manitoba. You can attend all that and feel the spectacle in your city. Going to the game won’t cost you a kidney, whereas in the NFL you really have to dig deep to even pull something like that off just as a fan.”

For the record, this writer has attended five Super Bowl weeks in five different cities. It’s one of the first things you notice: A good 90 percent of the fans in team jerseys are wearing one that represents one of the two teams playing that Sunday.

Singh is a first-generation Canadian whose parents came over from India in the mid-1970s. He was hooked on the Lions from a young age and now it’s something he has made sure to pass down to his two children. 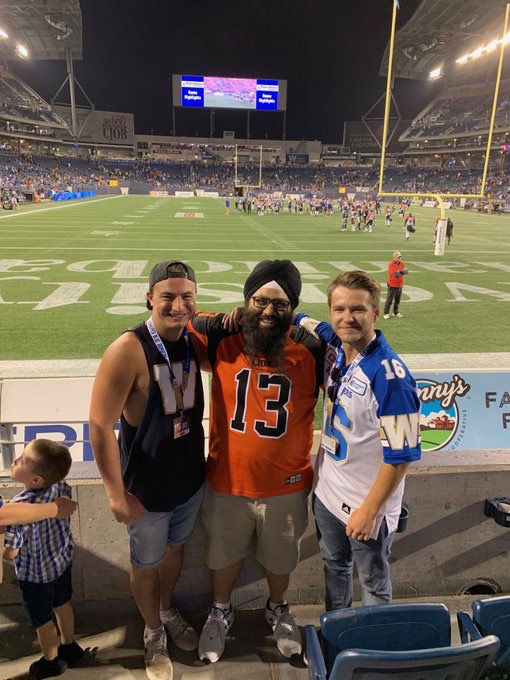 “It’s just part of who we are. My kids love it so it’s an easy transition for me because all summer they have been bugging me about going to a Lions game,” Singh said.

“It’s been kind of tough to explain the whole COVID-19 thing to them. But yes, they know there is a virus and things are on hold for a little bit. They love the game and it’s important for me to pass that along because I’ve had so much enjoyment being a fan since I was a kid.” 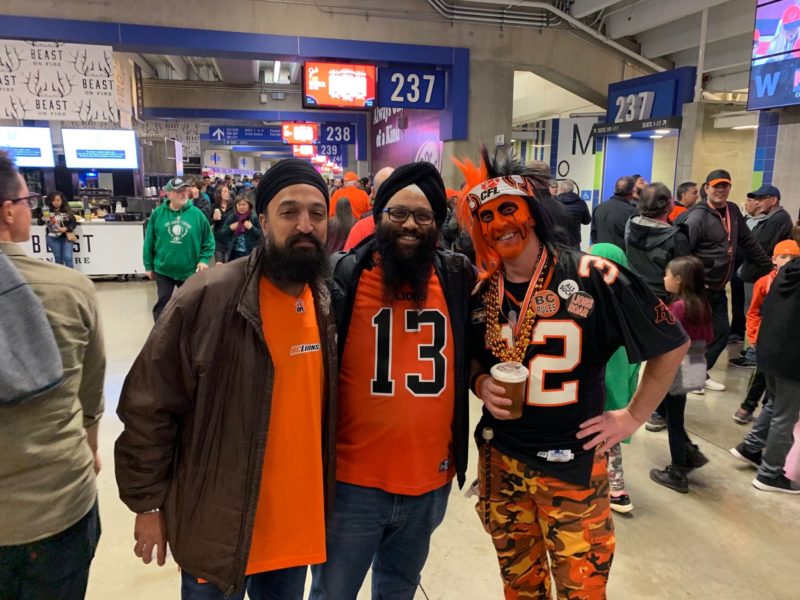 For now, he will cherish the etching of his name on the Grey Cup Fan Base and proudly display his certificate that comes with purchasing the entire package. After seeing pictures of what the Base actually looks like, Singh became extra excited to have his name part of CFL history forever.

“They did a really good job. I had a bit of hesitation at first because I thought my name would be on the actual Cup. I didn’t want to go that far because you really have to earn that. But when I found out it was going to be on the base and it had all of those pillars, it became a no brainer to go ahead and do that. I’m happy to support the league because we’re all going through trying times right now.”

Fans interested in purchasing their spot can do so here: greycupfanbase.ca.