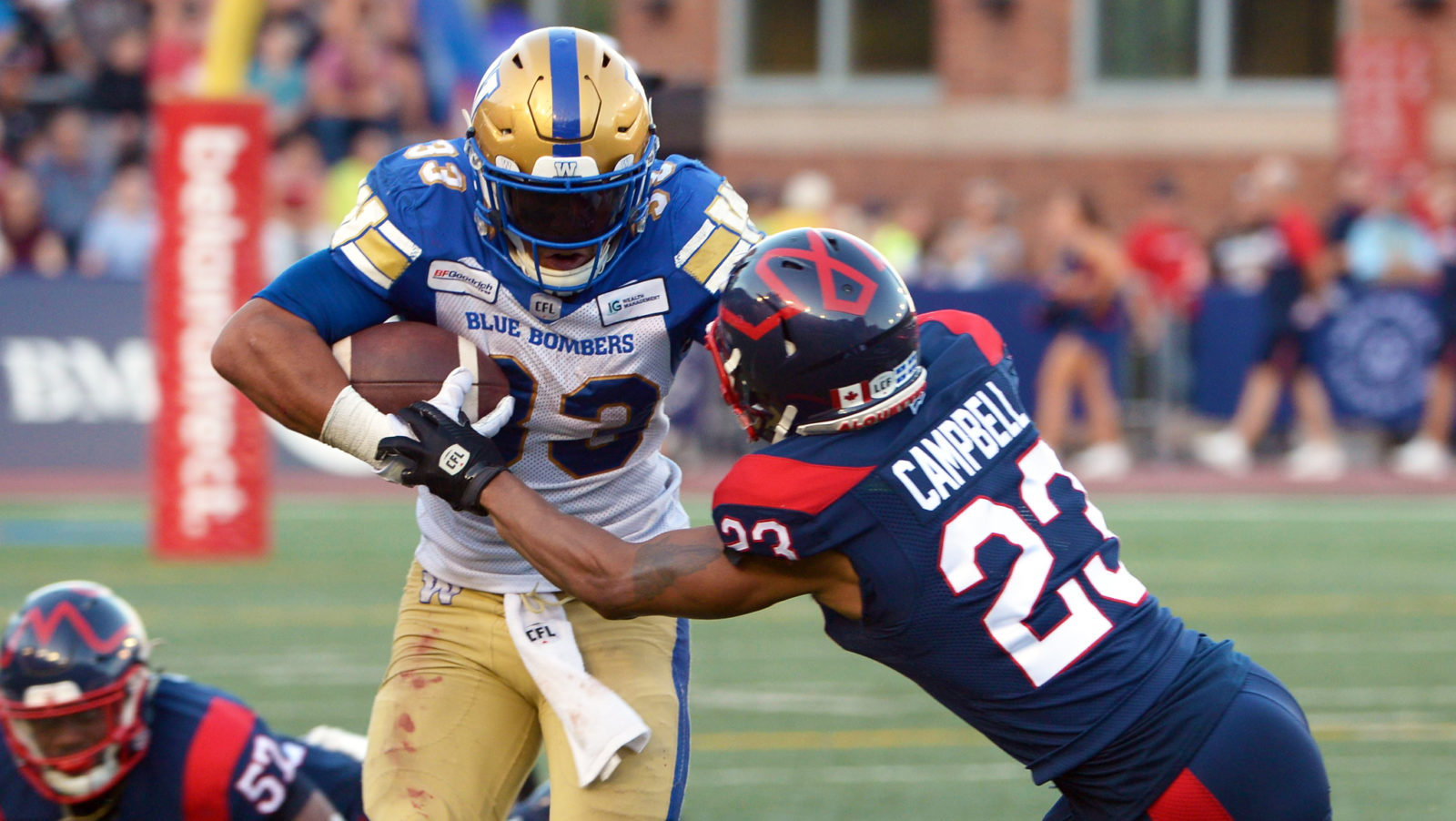 Editor’s note: A version of this article was published in 2020

There’s nothing that goes together better than football and Thanksgiving.

Well, maybe there are a few things, but for the most part, Thanksgiving just isn’t Thanksgiving in Canada without CFL football. It’s the perfect pairing of our favourite sport and eating so much turkey you can’t do anything but lay on the couch.

Last year, we had to enjoy our holiday without any CFL football. Thankfully, we get to enjoy our favourite three-down game this Thanksgiving Weekend starting on Friday night.

Until kickoff, let’s look back at some of the most memorable Thanksgiving Day Weekend moments over the last 10 years

From Anthony Calvillo becoming pro football’s career passing leader to C.J. Gable‘s debut for the Edmonton Football Team, here are six of the most memorable moments on Thanksgiving Day Weekend in recent memory.

During this Thanksgiving Weekend in 2011, Calvillo wrote himself into the history book, breaking Damon Allen’s all-time CFL record of 72,381 passing yards with a 50-yard TD pass to Jamel Richardson on the final play of the third quarter against the Toronto Argonauts.

Interestingly enough, Allen was on hand at Percival Molson Stadium, along with then-CFL commissioner Mark Cohon. Following Richardson’s TD, play was stopped and both Allen and Cohon, as well as member of Calvillo’s family, took part in a ceremony to honour the 39-year-old Calvillo.

Winnipeg Blue Bombers fans had something to be thankful for this Thanksgiving Weekend, as their team defeated the Montreal Alouettes 35-24, thanks in large part to running back Andrew Harris.

Harris was on another level during this contest at IG Field and hit a career-high 166 yards on 24 carries. It was the first half of the game that he really took off, tallying 106 of those yards before half time. At the time, his 166 yards brought his league-leading rushing total to 1,261 yards.

Back in 2016, Calgary celebrated Thanksgiving with a dominant 48-20 win, their 12th victory in a row, over the Toronto Argonauts. While they were at it, they also clinched the top spot in the West Division.

The Stamps were thankful for their defence that day, as they got to Toronto’s pivot Drew Willy six times, with Ja’Gared Davis providing three of the sacks. They also held the Argonauts’ offence to just two field goals in the first half of the contest.

The game didn’t start out perfectly for Edmonton running back C.J. Gable – his first carry of the game popped out of his hands and the Alouettes defence returned it for a touchdown – but things got a lot better for him as time went on.

It was Gable’s first game donning the Green and Gold during this Thanksgiving Day Weekend, and he impressed everyone, rushing for 111 yards and a touchdown.

Defence was the name of the game in this early October contest, as the Saskatchewan Roughriders defeated the Edmonton Football Team 19-12. The win was the Riders third in a row and it improved their record for 10-5.

It was defensive end Willie Jefferson that was the hero of the day for Saskatchewan, as he delivered the game-winning score with under two minutes to play after intercepting Michael Reilly and bringing it all the way back for a 49-yard pick-six. Jefferson also added five tackles and a sack.

Yes, this game on Thanksgiving Weekend was the first time Bo Levi Mitchell won at Percival Molson, but what most people at the stadium, and watching on TV, remember most happened off the field.. or in the air, to be exact.

This contest was a defensive battle between the Stampeders and Alouettes as Calgary walked away with a 12-6 victory. But before that could happen, there were a few extra spectators watching, as a large number of birds were circling in and out of frame, looking for any scraps of leftover turkey they could find.